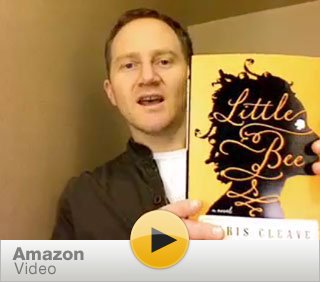 So…I’m reading Little Bee by Chris Cleave, but why am I thinking about Wally Lamb and Arthur Golden?

The bookjacket blurb for Little Bee (published as The Other Hand in the UK) doesn’t give away much about the story, just that it is about two women “whose lives collide one fateful day, and one of them has to make a terrible choice, the kind of choice we hope you never have to face. Two years later, they meet again–the story starts there…Once you have read it, you’ll want to tell your friends about it. When you do, please don’t tell them what happens. The magic is in how the story unfolds.”

This little teaser has kept me from reading reviews of the book–I want to see how the magic unfolds!–so all I know thus far is that one of the women is a young Nigerian woman, Little Bee, who comes to England as a refugee, and the other is a British woman (presumably white) who is the editor-in-chief of a prominent women’s magazine.

As the magic is unfolding, I find myself thinking back to two other engrossing books I’ve read that were written by men featuring female main characters–She’s Come Undone by Wally Lamb and Memoirs of a Geisha by Arthur Golden.  While some readers were pleasantly surprised at Lamb’s ability to write so astutely in the female voice, others considered it an affront that he would dare to do so.  In addition to gender-related criticism, Golden also faced additional layers of controversy related to race, culture, and breach of contract:

After the Japanese edition of Memoirs of a Geisha was published, Arthur Golden was sued for breach of contract and defamation of character by Mineko Iwasaki, a retired geisha he had interviewed for background information while writing the novel. The plaintiff asserted that Golden had agreed to protect her anonymity, due to the traditional code of silence about their clients, if she told him about her life as a geisha. However, Golden listed Iwasaki as a source in his acknowledgments for the novel, causing her to face a serious backlash. She even received death threats. Arthur Golden of his behalf countered that he had tapes of the conversations. Eventually, in 2003, Golden’s publisher settled with Iwasaki out of court for an undisclosed sum of money.

Iwasaki later went on to write her own autobiography, which shows a very different picture of twentieth-century geisha than the one shown in Golden’s novel. The book was published as Geisha, a Life in the U.S. and Geisha of Gion in the UK.

Back to Cleave…While I’m steering clear of reviews of Little Bee, I did read a brief review of his previous, debut novel, Incendiary. The review notes, “Cleave has mimicked the voice of a working-class woman with remarkable persuasiveness…”

Certainly Cleave, Golden, and Lamb aren’t the first male writers to pen protagonists who aren’t white males.  And I don’t dismiss such writing out of hand any more than I would a black female writer whose protagonist isn’t black and female.  But with the former, my radar still goes up regarding the question of authenticity and also of intent, especially across color lines.  It’s a double standard, perhaps, but not without some basis.  Historically and contemporarily, too often representations of non-whites penned (or filmed) by whites are indeed inauthentic, grounded in stereotypes, racial fantasy, fetish or objectification, or otherwise in the service of racism and the status quo of social injustice.  Experiences and perspectives of women viewed through a male lens can also yield similar results.

Inauthentic, stereotypical, or otherwise problematic representations are possibilities when writers write across gender and race, but are they probabilities?  Anybody else employ a radar like mine?  Or do you just read the damn book? And what about with regard to film and other art forms?

(You can view Cleave’s Amazon promo for Little Bee here.)

I'm waiting for a copy of Little Bee to come in the mail, so thanks for not giving away too much!
Granted, I want to just read the damn book, but I've got a few other things I'm curious about.

When it comes to movies and tv, more so than books, my radar tends to go off when I hear the descriptor "realistic." I find it curious that people value realism so much, and that they want so much of it in their fiction. So often people will proclaim show A better than show B because it is more realistic. I think the desire for "reality" is especially strong when the characters are nonwhite, female and the setting is urban. I did some (unfinished) graduate work with films and public pedagogy, and tend to not be able to look at a movie or tv show that is "realistic" without questioning whose reality it presents and for what purpose. I'm not suggesting it's wrong to want the characters and settings in tv and movies to seem real in the context of the fiction, to be fully fleshed out things that live and breathe in their world. What weirds me out is when people feel like they know what it's like to be a young single woman from the 1950s because they watched season 1 of Mad Men. It's an acknowledgement that authors can manipulate reality through fiction, but also that one reality can bump out, superceed or silence another version of reality if we aren't careful. I have to admit that I'm curious to read Little Bee because it's about the relationship between a white woman and a black woman, and because it's written by a man. I've gotten the impression that it's about globilization and assuming it is, I'll be curious to understand how and why Cleave created two female characters to tell that story. I'm also curious, if the book is good, will fans and critics will give it the "realistic" seal of approval.

I'd participate...in 4 to 6 weeks (depending on the weather).

As a reader, I find that demographic alienation is a much less common impediment to believable character construction than just being not that good at it. But maybe it's easier to trick me into thinking a representation is convincing, as I am a card-carrying member of the hegemony?

All I know is that, as a writer, I am terrified of straying from a character that is anything like me for fear of misrepresenting an experience I happen to fathom less than I thought. Like, I can't write that because maybe a woman wouldn't think that... I can't write that because someone queer (in THIS way or THAT way or a DIFFERENT way) wouldn't say that... I can't write that because someone who isn't white (or THIS or THAT but a DIFFERENT visible or invisible ethnicity) wouldn't feel that... and I'm not complaining out of sarcastic frustration because I fear censure from some mythical big, bad PC police, I just think I've paralyzed myself by thinking too much about shared and unshared experiences rather than trying to conceive of individual characters who are influenced and shaped by their experiences but not merely the sum of them (as they would necessarily authentically occur in the real world to that person if that person were real).

Or maybe it's more responsible? I'm not sure!

As a filmmaker and a writer and a huge consumer of fiction and story, I never want to say that people can tell stories only about their own class, race, gender, nationality, etc. Research, study, observe, and then invent people. Do the best you can. And if people tell you something is inauthentic, listen and do it better next time. In the meantime, just read the damn book, because good stories are good stories.

*And if people tell you something is inauthentic, listen and do it better next time.*

I think this is key (and good advice/encouragement for Jesse?). But of course the hardest part is the "listen and do better next time" part. I'm reminded of conversations about racism or sexism that devolve into, "Well, I'm sorry if you were offended" as opposed to "I'm sorry that I was offensive". Applying those experiences to the storytelling topic here leaves me a bit cynical as to the reality/execution of "listen and do better next time". But again, I think the approach is right on. And I agree too that good stories are good stories.

...is hosting a good conversation on this topic:

<p>I get a little concerned when I see that a book or film that centers around female relationships is written by a man, I have to admit. But sometimes it's done so well, there's no denying ('Ghost World' by Daniel Clowes). </p><p>Also, if writers didn't step a little outside their experiences, we'd only have stories that involve a really homogenous group of characters, and life isn't like that often.</p><p>I ultimately keep my radar up, but judge from story to story... </p>

<p>...and I can't say that experienced much &quot;magic.&quot; To avoid major spoilers, I will simply say that while I found the premise intriguing, the opening chapters riveting, and Cleave's prose engaging and at turns memorable, I felt disappointed in the turn the story ultimately took.
</p><p>
As far as Cleave's deftness at writing a Nigerian female character, I did find myself frowning over some lines of dialogue and some scenes, and I wondered how two Nigerian authors that came to mind, <a href="http://www.truthdig.com/report/item/20060418_chris_abani_truthdig_interv... target="_blank">Chris Abani </a>(male) and <a href="http://www.l3.ulg.ac.be/adichie/" target="_blank">Chimamanda Ngozi Adichie</a> (female), might have written the final chapters of this story.</p><p>All in all, I believe that with &quot;Little Bee&quot;, Chris Cleave will introduce some horrific global political realities to a reading audience that in large part may be unaware of these issues or the extent of them, or may not have considered them on a deeply humane, personal level before. </p><p>If others chime in here, I'd love to chat more specifically, spoilers and all--with the proper warnings of course! </p> 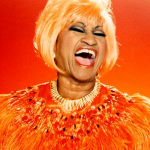 by Emilly Prado
Her music still pulls at our heartstrings over a decade after her death. Now Celia Cruz is the subject of a series on Telemundo.