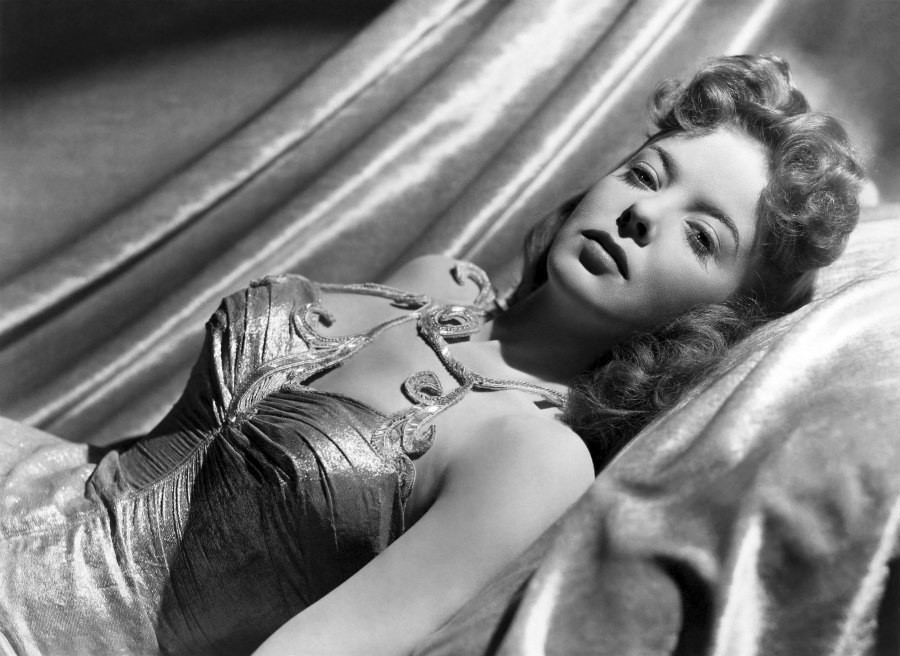 For some reason, there is an outdated notion that women don’t like horror movies. The truth is, women don’t just like horror—they’ve been making it for decades, and the genre would not be itself today if it weren’t for the perseverance of women in the industry. This month, seek out the work of these filmmakers, tell others about them, and demand more to encourage these emerging filmmakers, because they need your support. An even better idea is to pick up a camera and make a horror movie. Yes, you! Do it for Alice, Ida, and Paula, but most importantly, do it for yourself. 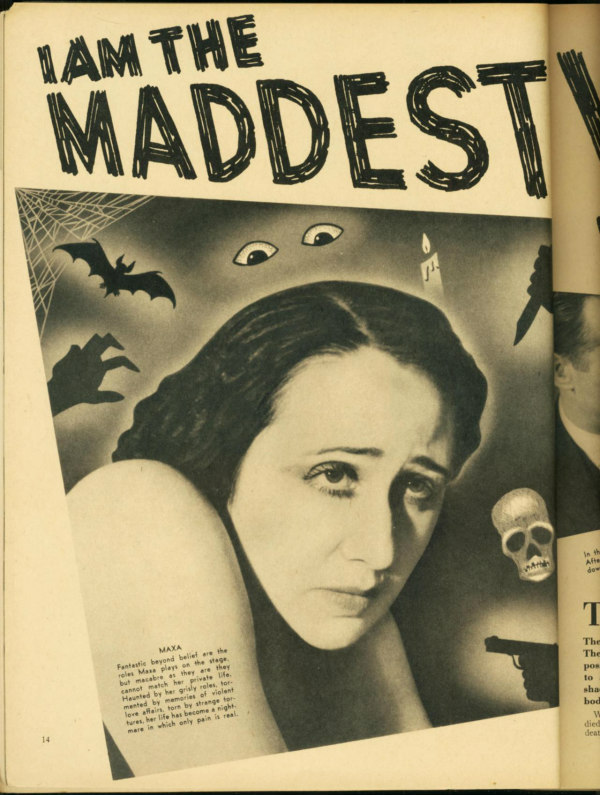 The first notable Scream Queen, Paula Maxa, was an actress of the early 20th century. Coined as “the most assassinated woman in the world,” Maxa was strangled, raped, decapitated, stabbed, disemboweled, scalped, whipped, hanged, and burned thousands of times on stage with the infamous Le Theatre du Grand-Guignol (sort of like an old-timey slasher flick). Not much is known about Maxa’s life, but it is revealed that she was eventually shoved out of the Grand Guignol in 1933 for supposedly stealing the show. However, her passionate 16-year run in the theatre opened the door for women to pursue cinematic careers. 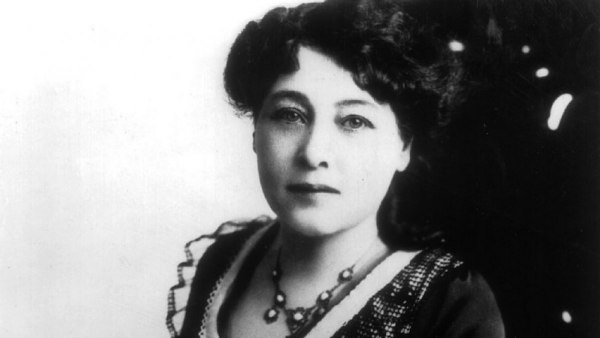 Photo via No Film School

Entering cinema in 1896, Alice Guy-Blaché is considered to be one of the very first directors of a fiction film, La Fée aux Choux (The Cabbage Fairy), a French horror film. Guy-Blaché worked as a secretary for the fledgling Gaumant Film Company in 1894 where she was only allowed to direct films on her days off, with no pay. She and her husband moved to the United States around 1907 and opened the The Solax Company, the largest pre-Hollywood studio in America, directing over 300 films in her lifetime. In 1912, Guy-Blaché spoke out in an interview with Harvey Gates about sexism on the film set: “Women are commonly in a state of dependence….art is practically the only field open to them…so long as a woman remains in what they term her place she suffers little vexation.”

In 1918, Guy-Blaché’s husband left her for a younger actress. Guy-Blaché sued for divorce and took back her maiden name, returning to France with her children. Unable to find work, she claimed that “sexism made it impossible for her to pursue directing in France.” She returned to the United States in 1927 to find no copies of her 300 films available to help her find employment, not even with the Library of Congress. Following in Guy-Blaché ‘s footsteps, many other women jumped into the foray of filmmaking until the mid-1920s when the Hollywood Studio System was bought out by the big banks.

Suddenly, leadership positions in film were deemed too sophisticated for women; work was lost, destroyed, and/or belittled. Proving that women, indeed, have the creativity, talent, and drive to make excellent films that sell. 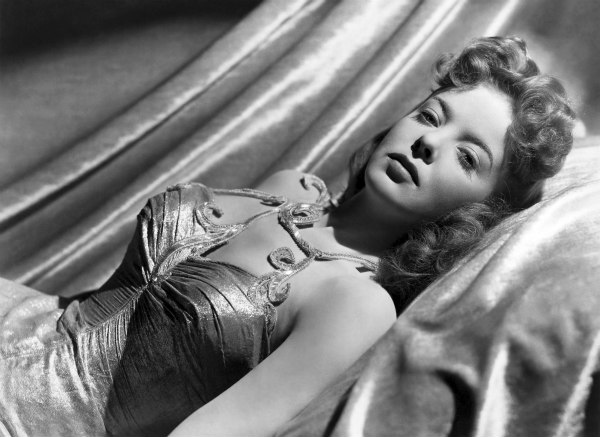 Ida Lupino stepped onto the set as a noir actress and then into the director’s chair. Lupino started her directing, producing and writing career in the 1940s, while on suspension for turning down an acting role at Warner Bros. Instead of vacationing as most actors did at the time, Lupino hung around film sets and learned from directors and crew. With her husband at the time, she formed her production company, The Filmakers. Lupino yearned to make socially conscious films. Most notably, she directed Outrage, a film about rape, and Hitchhiker, based on the true story about the serial killer, Billy Cook. Lupino stayed on top of her game by naming her director’s chair “Mother,” in reference to her male-dominated sets and once stated in an interview “I try never to blow—they’re just waiting for you to do it.” Lupino was a multi-talented artist who treated both men and women with respect.

When The Filmakers dissolved and quality roles were scarce, Lupino turned to television to direct episodes of The Twilight Zone, Alfred Hitchcock Presents, and hundreds of others. Like Lupino, other women have had to fight tooth and nail for their filmmaking careers, and have been forced to go outside of Hollywood to independent investors to receive financing, not so different from most current female filmmakers. But with the dawn of the Internet and digital technology, there has been a wave of contemporary female horror filmmakers creating ultra low budget flicks. (See Hannah Neurotica’s post on female horror filmmakers to watch!)

Shannon Lark is an actress, filmmaker, and the co-director of the Viscera Film Festival, the first horror film festival dedicated to female directors. Learn more at viscerafilmfestival.com.

I love hearing about women in film during the beginning of film-making because there were many, especially dancers. It's not horror, but it's also awesome! One dancer named Loie Fuller would take long sheets of silk and use wands to elongate her arms in order to manipulate the silk into different shapes while she was dancing and being filmed. During her shows she would use lights to project color onto the silk and when it was filmed they would paint the black and white film to mimic that effect. This is what it would look like although this, as far as I know, is not actually her:
http://www.youtube.com/watch?v=fIrnFrDXjlk
She invented a new movement and way of dancing since ballet was still popular at the time. She was also a big part of the art nouveau movement.

I also love Mary Wigman's "Witch Dance" which in this video was performed in 1914 and is pretty creepy:
http://www.youtube.com/watch?v=cJaYuejjdk8&feature=related
Women were supposed to dance in a very fluid way and not be abrasive...well, she had her own thing going on!

Finding information on women throughout film and dance is hard to fine, even for the most famous women in dance, but it's well worth looking up! Very cool gals.

I'm not sure The Cabbage Fairy sounds like horror (a fairy pulls babies from a cabbage patch), but she did direct others described as horror films like The Pit and the Pendulum.

I know a lot of women who love horror. My own mother in the 50s in the UK used to sneak in with her friend to horror movies that they were too young to see. They would put makeup on their legs to cover the line left from their bobby socks and wear high heels and makeup so they looked older (they didn't card people back then). When I was growing up mom and I would always stay up for the late night horror flicks. My dad never liked them, so it was just us girls eating up the gore.

It's no wonder I went on to direct my own horror movies. It's still not easy for some women to be taken seriously as horror directors. Someone just told me the other day "I realize something I'm sure you know--a woman director will be perceived as bossy for doing exactly what a male director does...and HE is just being "dedicated" or "intense". It's important to remember that these women have paved the way for us to make horror films. We owe them so much! Thank you for writing this Shannon.

Hi Christine,
We loved your story about your rebellious mom and your horror-movie bonding with her as you grew up! Please email me at newmedia (at) b-word (dot) org with your mailing address, and we'll get your prize to you right away!
Thanks for commenting, and keep it up!