Carly Welch Takes It Up a Notch | Bitch Media

Carly Welch Takes It Up a Notch 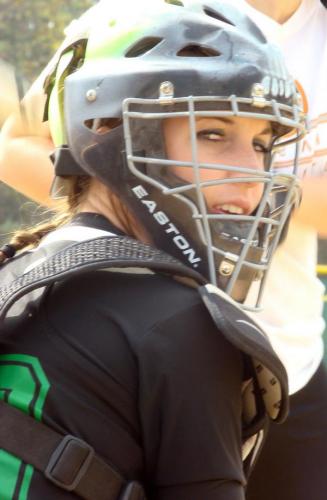 Note: As part of my sports blogging here at Bitch, I'll be profiling athletes of all ages. Catch my piece on Majka Burhardt, a professional climber who ascends peaks around the world, here.

Back in the day, Carly Welch was told to "take it down a notch." Then eight-years-old, she was playing on a recreational softball league with coaches who advised her to not throw or hit as hard as she could. The concern? She might hurt someone.

I can see it. As Carly's former babysitter, I'll vouch for this gal having more energy, nerve, and toughness than you can shake a stick at (swing a bat at?). Afternoons with her and her awesome older brother Taylor left me grinning and gasping for breath.

These days, Carly is an eighth-grader living in Stevensville, Michigan who moonlights as a top-notch athlete. Her softball team played in the Fast Pitch World Series, hosted by the Disney Wild World of Sports, and thanks in part to Carly maintaining her base-running for forty-five minutes with a fractured tibia/fibula, her team came in fourth place in the nation. Overall, Carly's batting average in the 2008-2009 softball season was a knee-weakening .420 (Alex Rodriguez of the Yankees bats at .286, but who's comparing?). No surprise that she's been named the MVP of multiple travel tournaments throughout the state. As well, travel team coaches named her the Best Catcher in Michigan for her age group. Carly started playing softball when she was eight, catching for "Coach Todd" and his team. Ever since, this coach has been her mentor and friend.

When she was twelve, Carly started playing on a travel volleyball team with fourteen-year-olds. Though she's only played volleyball for a couple years, she's quickly developed both passion and ability. Carly's mom, Leanne, says that "she is the outside spiker and she can actually make the opponent eat the ball if she wants!" Same rules apply on the basketball court, where Carly shoots hoops and snags rebounds with astounding regularity. In her spare time (!), she is also an active member the student council and S.T.A.N.D. (Students Taking a New Direction). She volunteers for Living Alternatives for the Developmentally Disabled and Animal Aid of Southwest Michigan. (Carly is also a longtime horseback-rider.) She is also an honors student who is taking second-year French at the local high school.

If you ask me, it doesn't sound like Carly took her coach's advice. She hasn't taken anything down a notch; she's living life at full force.

Without further ado, here's Carly speaking for herself: 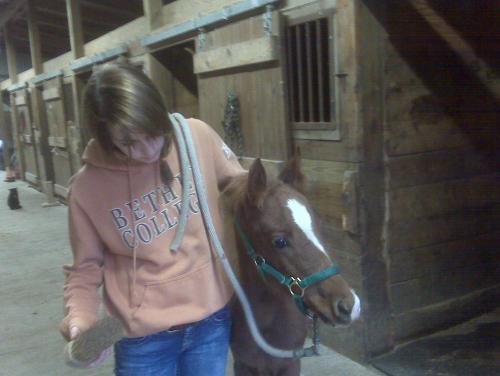 First, tell us a little about yourself. How old are you? Where do you live and go to school?
I am thirteen. I attend school at Lakeshore Middle School in a small town in southwest Michigan.

What sports do you play? What positions?
I play travel softball for a team called the Hurricanes, which is in Kalamazoo. I used to play for Torco (a fastpitch softball league). I have had the same coach since I started playing travel softball. I'm a catcher, but I also play center-fielder, first base, and shortstop.

I play local volleyball for my school team, and I focus on spiking, usually on the outside. I'll probably end up playing for a club organization called Southwest, based out of southwest Michigan.

Basketball is another hobby of mine. I have played since 3rd grade. My dear friend Mikey, inspired me to play. So, I am currently playing for my school 8th grade team.

Okay, brag for me for a minute. You don't just play sports, but you are really good at them. What are some of the accomplishments that you're most proud of?
Well, at the softball state championship, I got most valuable player. I've gotten best defensive player awards. These awards were all for softball. I'm very proud of my accomplishments, but it's all part of the game. In basketball, I was the leading scorer and rebounder, and in volleyball, I lead the team in most "kills" (spikes). 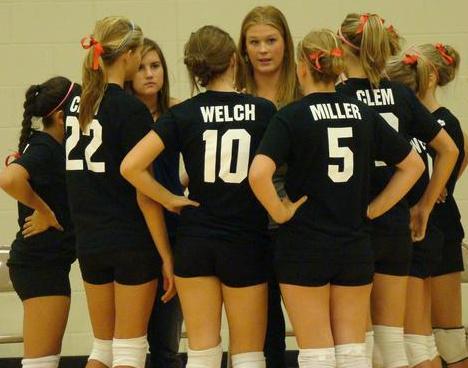 How did you come to get involved in these sports in particular? What is fun about them?
For softball, it's always been a love of mine. I've played since I was really little, and it's something I really enjoy. Travel softball-wise, I started when I was eight, when the rec league told me to take my playing "down a notch." (They told me not to throw or hit as hard as I could, because I could hurt someone.) In basketball, it's always been a family thing. Both of my parents played, and my older brother Taylor is really good.

But recently friends of mine really influenced me to continue playing (people like Mikey Adams). Volleyball is something I started two years ago, just to try something new, but it turned into a passion.

What's really hard about playing sports? Have you ever been hurt?
Ha! The hardest thing about sports is playing with your team--focusing on what you need to accomplish and having good sportsmanship. I've gotten injured many times in my early career. I fractured my tib/fib, broke my wrist, sprained both ankles, had tendonitis, and injured many toes. If it wasn't something worth getting injured for, I wouldn't play. It's all worth it!

What is it like being part of an athletic team, compared to sports (like horseback-riding) that are more independent?
Well, playing together, you need to depend on your teammates. In an individual sport, you just depend on yourself. 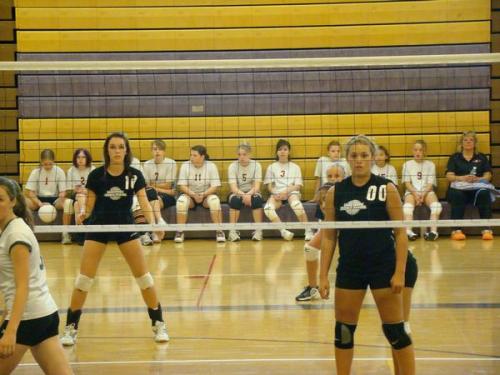 What are your goals as an athlete? Do you want to play in college, or beyond?
Well, first of all, I've been working really hard to make varsity as a freshman (in high school) for both softball and volleyball. I try my hardest at all I do. If I succeed, I'd love to play college ball, that would be awesome.

You must be incredibly busy. How do you balance sports with school, your social life, and your family?
It seems when I'm doing a lot of things, I'm more organized. I do better at school, and sports. It's easier to be prepared when you have a schedule. I make sure god and family come first; then if my grades start to slip, I cut back on the sports.

Are you also a sports fan? Who are you cheering for?
I'm a huge sports fan, I root for the (Michigan State) Spartans mainly.* Then, the (New York) Giants! I'm a huge football fan!

*And here we see how my influence as a babysitter failed. The University of Michgian Wolverines are way more awesome.

First photo pictures Carly behind homeplate as she catches for her team.

Third photo pictures Carly (#10) in the huddle with her volleyball team.

Last photo pictures Carly on the volleyball court during a match (she's the one ready for action on the left).

Relevant: A Bold New Memoir on Dogsledding, Adventure, and Life on the Ice 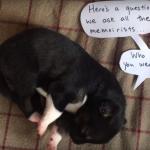 by Sarah Marshall
"Welcome to the Goddamn Ice Cube" is author Blair Braverman's stunning reflection on working as a dogsledding tour guide.