Hunx Tells Us About His Favorite Ladies Who Rock | Bitch Media

Hunx Tells Us About His Favorite Ladies Who Rock

Listening to Hunx and His Punx is kind of like listening to a sixties girl group–a really, really fabulously gay sixties girl group. Hunx is also a member of Gravy Train!!!!, which I first heard of when my bf at the time burned me a CD with this awesomely raunchy song on it. When I found these videos from his newest project, it felt like John Waters and the Shangri-Las had had a baby… and that baby was Hunx. It was garage rock meets trash culture at the local leather bar. They were just so… gay! And not “we wanna get married and be a little homo-sub-branch of heteronormative culture” gay… but just good, old-fashioned gay! We met up with Hunx while at SXSW, and he graciously agreed to send us a list of his ten favorite female musicians, which I’m going to reprint verbatim below the next video.

TEN OF MY ALL TIME FAVORITE LADIES IN MUSIC 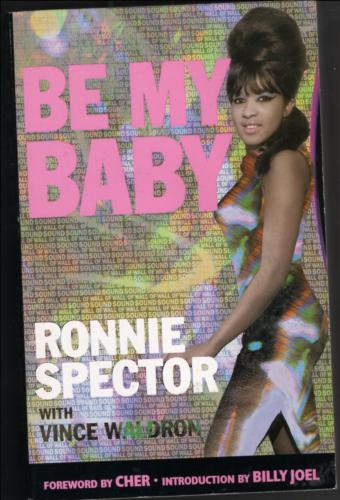 RONNIE SPECTOR Not only was she the lead singer of my all time favorite band THE RONETTES, but she had to live with her psychotic husband Phil Spector for years and years. She wrote an amazing book called “Be My Baby” which retells her life as a Ronette and exposes all the insane things Phil did to her. Did you know he made a realistic life size blow up doll of himself that he forced Ronnie to put in her passenger’s seat when she would drive her car around alone? That’s nothing compared to a lot of the bullshit she had to deal with, but I always always always think about it! I think she has the most amazing voice in the world. 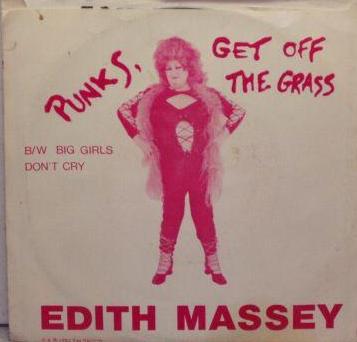 EDITH MASSEY By far my favorite John Waters character of all time (well, maybe besides The Balitmore Foot Stomper.) Did you know she used to own a thrift store called Edie’s Closet? If I ever find a time machine, that will be the first trip I make! The best thing is that she would sell brown lunch bags filled with stuff called “Surprise Bags” for 25 cents. Sometimes you’d get something really amazing, and other times you’d get lint from the dryer. What a genius! Also look up her band EDIE AND THE EGGS. They do a pretty amazing version of “Big Girls Don’t Cry” and it’s PUNK! 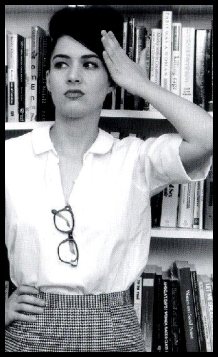 KATHLEEN HANNA (BIKINI KILL/ LE TIGRE, ETC) Just like Poly Styrene, she has one of the all time greatest female punk voices in my mind. I totally love that she idolized Tony De Franco when she was a kid. I have to say that she is totally sweet and I really miss her singing and I hope she’s happy doing whatever she’s doing but geeez will you please return to music already? One time she tried to moon my band GRAVY TRAIN!!!! when we were touring with LE TIGRE in the UK but she accidently just exposed herself to a soundguy! She has a good sense of humor! 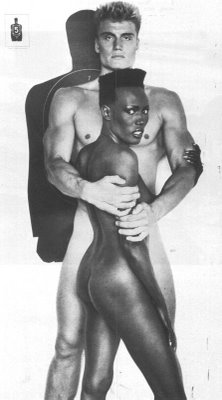 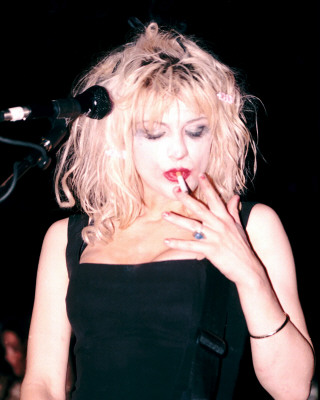 COURTNEY LOVE I’ve seen her face-to-face a couple of times and every time I feel like I might faint! Once I was at an LA nightclub where she pole danced and walked around with Rod Stewart’s daughter dangling off her back , going to the bathroom every half hour ( drugs??) The other time was at a book signing for her book “Dirty Blonde” and she was dressed in a Dolce & Gabbana power suit. Hole is one of my favorite bands, especially if you can track down the collection “My Body, The Hand Grenade”. It’s so classic. 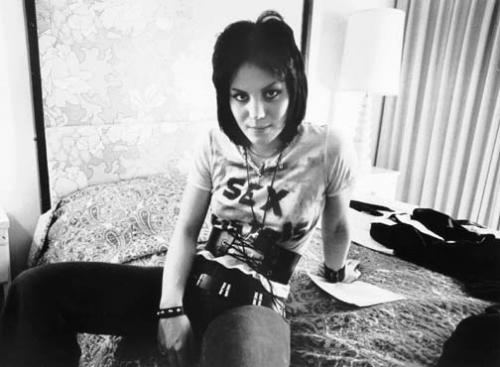 JOAN JETT I met her backstage at some gay pride thing and she was dressed in head to toe leather. Even her guitar had the leather daddy/leather pride sticker thing on it. I gave her a Panty Raid demo (my band I had at the time -I was 18!) She firmly shook my hand and said”Thanks” and I bounced the funk out cuz I was so nervous. I think she’s so tough and so perfect and she can literally do anything she wants (movies with Michael J. Fox?) and will still always be punk and beautiful and soooo cool. 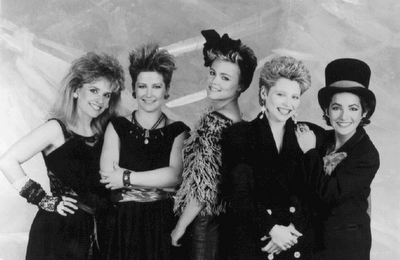 GINA SHOCK (THE GO GOS) She played drums in Edith Massey’s punk band EDIE AND THE EGGS before she moved to LA where she joined THE GO GOS (She wasn’t the very first GO GOs drummer, she joined a year after they originally formed.) She still rules. Am I hallucinating or did she once date Sara Gilbert of “Roseanne” fame?? 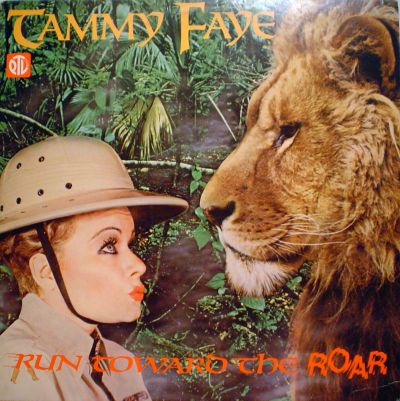 TAMMY FAYE OK I can count Tammy Faye in this because she did make a buncha crazy insane novelty Christian records (some as Tammy Faye and some as puppets!) I met her backstage at the Castro Theatre about 7 years ago and she signed her 8X10” glossy for me, “I love you”. She was gigggggggles in person and I remember the day I found out she died I was so bummed out and just cried and cried. Kinda like when I found out Anna Nicole Smith and Joey Ramone died. I hope they’re all somewhere together partying or like playing “Apples to Apples”. 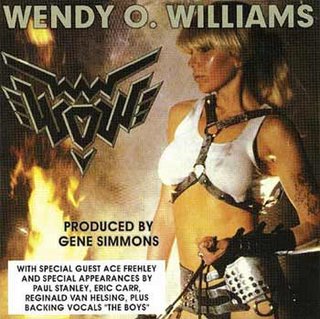 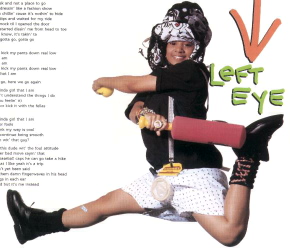 LISA “Left Eye” LOPEZ (TLC) When I was eleven or something I FLIPPED for TLC, especially my favorite member LEFT EYE. There was this record store by my house called “LOCO” and I scored like 25 free TLC mini posters for their first album “OOOOOOOOOOOH On the TLC TIP!” and I plastered an entire wall in my bedroom with all the posters. I dressed like her, I tried stealing condoms to wear em all over my outfits like her, I wanted to be her! I still love her so much and it’s still sad that she’s gone.

<p><i>I hope they're all somewhere together partying or like playing &quot;Apples to Apples&quot;.</i></p><p>I love this part! Not least of all because I love Tammy Faye! </p>