The SF Weekly's cover story this week is quite a departure. Rather than an exposé of city government shenanigans or a look at some local phenomenon gone national, it's a personal essay about gastric bypass surgery. The Weekly trying to get into the New Year's resolution swing of things by covering weight loss? Trying to capitalize on the bodies of its female staffers (albeit in an unusual and roundabout way)? Just filling a slow news week with a non-timely story? Though it's worth questioning why this is a story in the first place, I'm gonna go in another direction.

In many ways the piece is a standard narrative of self-improvement, complete with a badly lit, messy "before" snapshot paired with a professional "after" picture including careful makeup and styled hair. It would be all too easy to simply criticize author Katy St. Clair for caving in to cultural pressure, buying into the whole thin = hot bullshit she says she wants to be free from, and playing down the risks and side effects of weight-loss surgery—which she dismisses as "overblown" without any further information or comment; I know it's a personal essay and not a news article, but it's still on the cover of a newsweekly, so the omission seems pretty glaring—and move on.

But it's a lot more complicated than that, especially since St. Clair—unlike so many people talking about their surgical attainment of culturally approved looks—refuses to erase the complications:

I'm ambivalent about the whole process of weight-loss surgery.... I want to be a fat girl who stays fat and still gets the guy, who is called pretty and not just in the face, who lives the life of a fully actualized person and is sexually confident. That girl doesn't have people harping on and on about her "health" as a veiled way of saying, "Damn, you are really freakin' fat!" She can walk into any store and find some cute clothes, no matter her size. She is judged by the content of her character and not the width of her ass. She doesn't need to get thin to find herself.

I want this, but I shall not have it.

My first response (see the all-too-easy path, above) was, Well, if you abandon your principles, stop fighting for what you want, and instead submit to an individual (if dangerous) "solution" to a collective cultural problem, then no, indeed you shall not have it. I kept reading, though, and tried to keep an open mind even through all sorts of gagworthy assertions equating thinness with authenticity and inner strength: "I had done a lot of work on my insides, and I was ready to have my outsides match. I needed to become a whole person and meld my two selves." "I had to get really fat to find myself, and then I had to find the strength to pull myself back down to a 'normal' size and deal with the world as that person."

I read St. Clair's article yesterday right before finishing up Katha Pollitt's stellar essay collection Learning to Drive (look for my review in an upcoming issue of the Women's Review of Books); its final chapter, "I Let Myself Go," tackles aging, feminist ambivalence and self-contradiction (both individual and collective), and the gordian knots we tie ourselves in when we try to reconcile our resistance to cultural imperatives (and their attendant products and services) with the desire to feel good in our own skins.

When I was married I didn't pay much attention to my looks, and when I got divorced I paid even less.... You might say I trusted in my powers of conversation to charm and beguile, like a man, or you might say I had abandonded the field completely rather than engage in a degrading beauty contest I felt sure to lose.... And yet, I would rage at the way American women got sidelined sexually as they got older.... Why couldn't America be like France, where older women are seen as attractive, like Charlotte Rampling in Under the Sand? Maybe the difference isn't the men but the women, my boyfriend said dryly. Maybe Frenchwomen make more of an effort. Yes, I thought bitterly, they probably do. The slaves.

That old-style feminism could be a real joy killer. Once you say the personal is political, which it is, it's hard to find a stopping place on the slippery slope that ends in Birkenstocks and vegan lo mein. But at least it offered a perspective from which to analyze some of the heavier social pressures on women. These days...it's unsisterly, patronizing, infantilizing, and sexist to question another woman's decision on any subject, no matter how dangerous or silly or servile or self-destructive it is; she is the captain of her soul and that's all you need to know. There's no social context and no place to stand and resist.

And, finally, "There seems to be no way in contemporary feminism to tell women to use their famous agency to pull up their socks and say Screw you."

As always, Pollitt is able to articulate with some well turned phrases the kind of pressing problem that reduces me to banal, enraged, unfinished sentences and mealymouthed equivocations. (It was, in fact, the way she did this in her response to Katie Roiphe that earned her my undying love and admiration, way back in 1993.)

How can we deal with this? Can we find the right place on the continuum between uncritical acceptance of every woman's "I'm doing it for me" boob job—"Don't you think it's my right to decide what to do with my body?" is enough to shut down any debate—and actually writing those Feminist Clubhouse Rules that some people think we have?

More important, though, is the real question at the heart of Katy St. Clair's article and my reluctance to only criticize her: How much of a personal cost can we expect individuals to bear in our struggle for cultural change? Amid the dysfunctional family history, anecdotes about obnoxious chubby chasers, and those aforementioned "I just want people to see the real me" comments, St. Clair is speaking some serious truths: "It became apparent to me that no matter how much progress was made in my therapy, self-image, and strength, I would constantly be put up against the rest of the world, who could see none of my spiritual growth. Damn, it was hard to be fat."

Damn skippy. From the little things like seats that don't fit to serious social justice issues of wage discrimination, denial of health insurance, and substandard medical care to the daily psychological assaults of (to name just a few) stereotypes about laziness/jolliness/etc., concern trolls, and the entitlement of random strangers on the street to comment on your body, it's a brutal world out there for fat people. This is all part of why there's a fat activist movement in the first place (and do I even need to point out the obvious parallels with sexism?).

So, if someone has taken her share of discrimination and has the opportunity to get a rest from it, how harshly should feminists judge her for taking it? More precisely, how harshly can I, with my right-smack-in-the-middle-of-average-for-a-U.S.-woman body, judge her? Of course, there's a whole raft of privilege issues at play in even entertaining the question, since most of the world's targets of bias and injustice can't opt out of their oppression via a surgical procedure. But I still think it's a question worth pondering.

There are some parallels here, I think, to gender presentation (and please note I'm saying parallels, not that anything is exactly the same as anything else). There are those who criticize trans folks for having sex reassignment surgery or making other medicalized changes to their gender presentation. Some of these changes are in a culturally approved direction; they make people look more typically masculine or feminine and thus can be seen as obscuring the extent to which gender is not, in fact, such a binary affair. Moving from a genderqueer indentity and presentation to one that most people will read as simply male or female allows people to escape the scrutiny, discrimination, and violence that comes with openly, obviously, and unavoidably saying Screw you to gender norms.

It would be totally contrary to my feminist values not to argue in favor of transgender medical rights—even if individual transgender people use those rights to make choices that are gender normative. So am I a complete hypocrite because I think weight-loss surgery is a tool of the capitalist patriarchy? Is it possible to critique someone's choice without condemning her? To put it as broadly as possible (and somewhat pompously), what is the relationship between individual and collective responsibility?

Not like I have the answers or anything (see above in regards to mealymouthed equivocation). 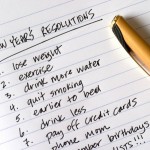 by Melissa A. Fabello PhD
Diets don’t work—not in the long-term anyway.