I Love Maggie Nelson's “The Argonauts” 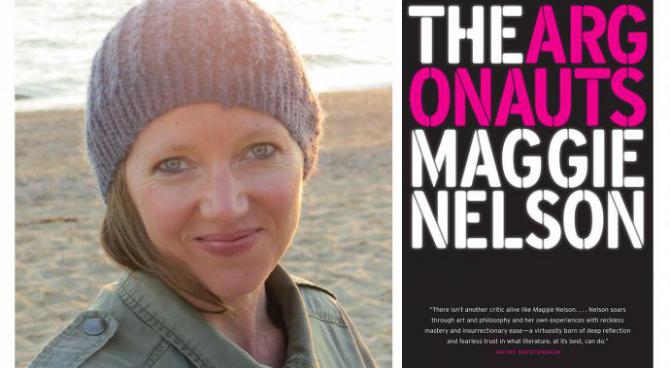 I should tell you, first thing, that I’ve been trying to write this review for months. “Trying” is a little generous, I guess. Since I finished reading Maggie Nelson’s newest book The Argonauts two months ago, I’ve been too overwhelmed by how much I love it to think of anything interesting to say about it. But all that time, I’ve continued to think about the book and carry it around with me in my bag, as if by some scientific miracle its wisdom and beauty would osmose into my skin and I would finally find the words to explain why it’s so astounding.

The Argonauts is so many things—trying to sum up what the book says or means with any definitive, descriptive statements risks reducing it. But I’ll try my best. Sometimes reading just feels like fitting, like slipping on a jacket tailored to your own body. That’s how I feel when I read Maggie Nelson: comfortable and comforted yet pleasantly disturbed by her meticulous precision.

If you don’t know her work already, Maggie Nelson is a poet, critic, and nonfiction writer who currently lives in Los Angeles and teaches at California Institute of the Arts. Her writing typically blends the essay form with criticism and poetry, and her hybrid style has garnered her a cult-like following. She is well-known and much-adored for the kind of fragmented, personal-yet-theoretical essays she builds in The Argonauts: Her 2009 lyric essay Bluets is a small-press classic about loneliness and falling in love with the color blue.

The Argonauts takes fragmentation a step further, though. The book quite plainly acknowledges its patchwork qualities; anytime Nelson directly quotes another thinker—like poet Eileen Myles on or philosopher Ludwig Wittgenstein—instead of stating their names in her prose, their names appear in the margins beside the quote. This may seem like a small thing. But along with the book’s lack of chapters, section numbers, or paragraph indentations, it creates a smooth, cyclical reading experience that pairs well with her interlocking subject matters and nonlinear narrative. Nelson tell us what she wants to tell us without worrying about any standard conventions.

The ways Nelson forgoes any “standard” format is even more interesting and important, however, because of the book’s subject matter. The Argonauts is a nuanced examination of gender, trans and nonbinary identities, queer sexualities, queer family-making, and how all of these play into each other. Its feminism is a given. But what’s so revolutionary about it, what makes the book so powerful, is how Nelson does her examining. Instead of keeping this book strictly non-personal about theories of identity and parenting, or instead of making it a traditional memoir, all the theory is literally brought to life by giving equal page space to the love between her and her genderfluid partner, artist Harry Dodge (who is directly addressed as “you” in the text). Nelson is calling this approach “autotheory,” a kind of literary personal-is-political, political-is-personal.

Perhaps the book’s most powerful moment comes at its end, when Nelson weaves the stories of the birth of her son and the death of Harry’s mother told in Harry’s own words. Up until this point in the book, we’ve only heard Harry’s story through Nelson. To have both of them on the page simultaneously experiencing unimaginable beauty and pain feels like the only sure way to tell either story. This cyclical awareness in her placement of life beside death feels fresh with Nelson’s input. We never forget the proximity to death we feel when giving birth, she writes. “As the baby might say to its mother, we might say to death: I forget you, but you remember me. I wonder if I’ll recognize it, when I see it again.”

The Argonauts is gorgeous, enlightening, and feminist-as-fact, and for those reasons, if I had to chose a book for everyone I know to read, it would be this one.

Related Reading: Maggie Nelson’s Bluets Gets Some Love in Our Blue Issue 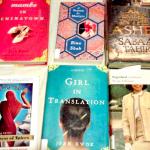