For the last four years I have been researching and writing about abortion rights and access, the latest trends in laws meant to overturn Roe v. Wade, and the politicians and activist groups pushing laws meant to ban abortion and even birth control itself. Frequently, people ask me if I get depressed (yes, sort of), how I keep up with it all (Google, RSS feeds, wine), and how I always know so much about what abortion opponents are thinking.

The answer to that final question is simple: I read right-wing literature. A lot. Everything they write.

Thanks to copious research and a quality coffee addiction, I’ve read large numbers of anti-choice books—especially memoirs. I’ve read the good. I’ve read the bad. I’ve read Abby Johnson. Now I can share those nuggets of anti-abortion goodness with you so you can save yourself hours of your life knowing that when it comes to “pro-life lit,” you really aren’t missing a thing.

The Best: Abandoned: The Untold Story of the Abortion Wars by Monica Migliorino Miller Ever wonder where those horrible, graphic photos you see on giant posters outside of abortion clinics originate? Meet Monica Miller, 80’s era “rescue movement” activist and photographer. One upon a time Miller and a number of activists who formed the original core of Pro-Life Action League would riffle through the giant dumpsters behind an abortion clinic on Michigan Avenue, taking out whatever remains they could find prior to the morning trash pickup, then stash in her apartment to photograph in extreme close up and graphic detail.

“I was living an unusual life, digging through trash dumpsters on a Chicago loading dock and picking the bodies of human beings out of the trash,” writes Miller. “I kept the boxes of aborted children, draped with a rosary, in my closet. Edmund and I spent hours painstakingly photographing the tiny, broken corpses.”

Despite the gruesome chapters regarding carefully and artfully posing remains (think of her as a nightmarish Anne Geddes), the majority of the book is both engagingly written, evocative, and extremely insightful for anyone curious about what goes on in the minds of those who pray outside abortion clinics, telling people that ingesting birth control is creating a tiny graveyard in your womb.

The Worst: The Scarlet Lady: Confessions of a Successful Abortionist by Carol Everett with Jack Shaw Author Carol Everett’s story is the pro-life “abortionist” conversion tale that anti-choice acolytes adore, but with an anti-feminist twist. Everett embodies not only the role of the evil abortionist, but that of the ungodly, unfeminine being who has lost her way and forgotten how to be a woman. Her own abortion, her desire to see the business grow and be self-supported, her affairs with a variety of men, and her hard drinking all spring from her rejection of her true womanhood.

Like all good redemption narratives, Everett eventually hits rock bottom, loses it all, and is taken under wing by businessman-minister Jack Shaw. Along the way, she finds both Christ and her lost womanhood.

It’s the classic anti-choice fairy tale, complete with fairy God-minister. Unfortunately, it is also nearly impossible to read not just due to the heavy-handed sinner/saint narrative but an actual lack of talent on the part of the writer. It is written at best at a sixth-grade reading level. Perhaps Everett and Shaw knew a little something about their target audience.

The WTF: Unplanned: The Dramatic True Story of a Former Planned Parenthood Leader’s Eye-Opening Journey across the Life Line by Abby Johnson Abby Johnson’s memoir of going from being the director of Planned Parenthood clinic in Texas to joining the pro-life group that prayed outside her clinic made a  national splash. The conversion story is similar to Everett’s, but without the “Eve ate the Apple” storyline that twined its way through Scarlet Lady. Johnson always saw herself as a naïve pawn in the money-making schemes of an “abortion giant.”

In comparison to Scarlet Lady, Unplanned is a readable, engaging narrative with a much more polished feel. Religion and morality are far lesser themes, making it more acceptable to a mainstream audience. But still, this isn’t a book for a mainstream audience.  Those who are inclined to read her book would be people looking for dirt on Planned Parenthood, or dirt on Johnson. They will get the former if Johnson’s story is to be believed. The reproductive health provider is the true villain of the story, deceiving both patients and workers with gateway birth control to get them to accept the hard-core baby killing that is their real mission.

Planned Parenthood makes a convincing antagonist, but the overall story lacks an interesting protagonist. Unlike Everett, Johnson isn’t a caricature, but is written to resemble a real person. Unfortunately, that also makes her a rather dull subject. Her interactions with the original 40 Days for Life protesters border on idyllic even when they were the “wrong side of the fence,” and both Johnson and her eventual allies are far too pious, understanding, and thoroughly non-judgmental and “turn the other cheek” to be believable, much less enthralling.

Now I’m off to check out “Won By Love,” the Norma McCorvey memoir. Because hey, someone has to read it, right?

Robin Marty is a freelance writer, speaker and activist out of Minneapolis, Minnesota. Her first book, “Crow After Roe,” details the red state plan to end abortion one state at a time. 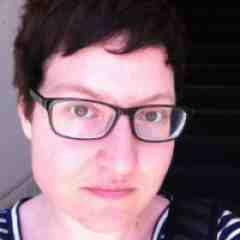 Just thought I would mention here that in the aftermath of an abortion I struggled emotionally. . .not necessarily of the act but in discovering the nature of our judicial system and why sometimes it is necessary. Additionally there was the entire lack of accountability of friends, family and the man involved through the situation. Several years following that incident I was raped, the first abortion was botched and I was severely injured, no one would perform a second abortion with that risk. I was later stuck dealing with the rapist in a custody battle because the judge told me it was "the wrong kind of rape" he then used CPS and a religious twist. At one point CPS did come to remove my child from my care citing that first abortion and if I was a fit mother I would never have done such a thing in my life time.

Child protective services can actually use the fact that you have had an abortion at any time in your life or that you sought an abortion while pregnant as probable cause to remove your live and well cared for child from your custody.

I recently drove by an abortion clinic and there was a mob of pro-lifers out there haggling a woman that was clearly upset. I got out of my car to walk her in and came out and ranted on how they loved the idea of pro-life but here I brought this child into the world and have been left with no infrastructure or support or even access to social services so where are they now and I held out my hat and asked for donations for my son's $850/mo childcare bill. I didn't even get 50 cents. No one said a word.

Dear anonymous - I'm a Christian, and Id like to give you $850. Not to prove a pro-choice/anti-choice point, because 1 month of medical bills is just a token gesture against what you're up against- but because your story broke my heart, and Id like to do something - anything - for you to make it easier.

Relevant: In Horror Film "The Witch," Terror Stems from Puritanical Control of Women 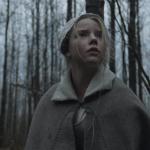 by Britt Ashley
The film about supernatural forces held an all-too-real horror.