I Show My School Spirit by Working to End Sexual Assault 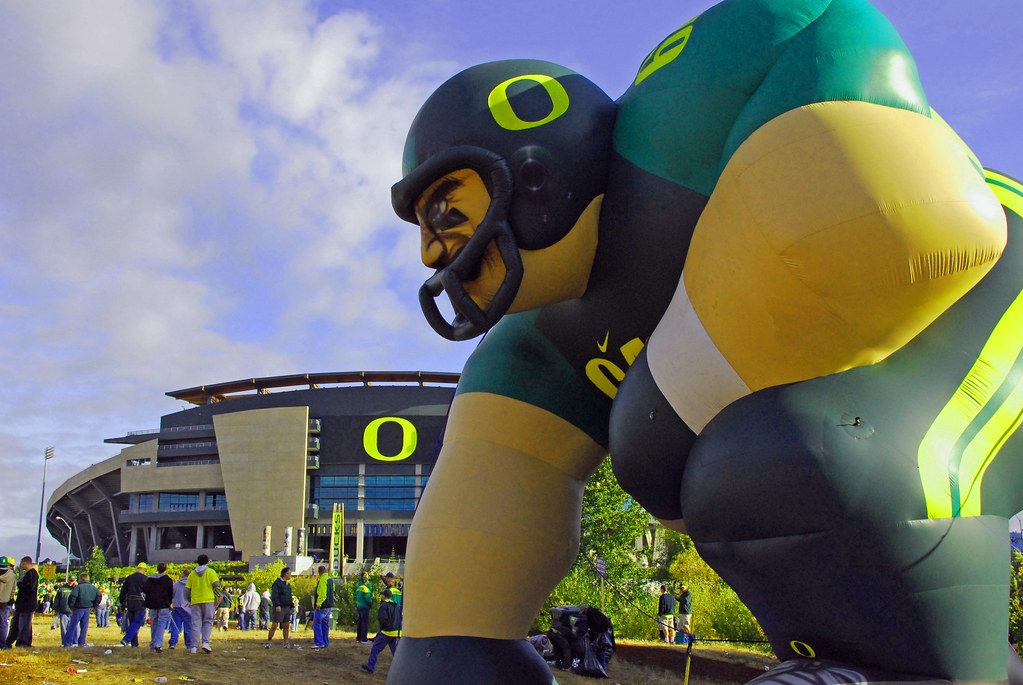 I’ve never really been a “school spirit” kind of person.

In high school in Portland, Oregon, I liked sports—I played rugby for three years—but whenever there was a pep rally, my mishmash group of calculus nerds and I would rather skip the rah-rah spirit and take the all-school assembly as a chance to sneak off campus to the coffee shop across the street, where we’d eat vegan pastries and do French homework.

My plan in high school was to go onto a small liberal arts college. I imagined small talk with brainiac peers about the latest Beyonce think piece and Friday nights reading around a cozy Hogwarts-like fireplace. Instead, moneywise, it made sense to enroll at the University of Oregon, the home of sportwear giants Nike and Adidas and, of course, the Ducks. To say that the University of Oregon is a Division 1 athletic powerhouse is an understatement. To be a Duck is so entwined with devoutly following sports, that people are still shocked when I say I have never gone to a football game. For a year, I watched my fellow dormmates treat a home game as a sacred all-day ritual—including putting on as much green-and-yellow clothing as possible and arriving at the stadium hours before the game in the hopes of getting a good seat. Student athletes are Instagram-worthy celebrities in their own right on campus—stars who students gossip about and are excited to see at parties.

It’s not just students getting into school spirit: The administration relies on funding from Nike and Adidas to construct new buildings like the Jaqua Center, a $41.7 million gift from Nike founder Phil Knight that tutors students… but only students who are athletes.

When I arrived on campus as a freshman, it wasn’t the sports that bugged me, but the way in which sports were treated as the most impressive part of my school. When people say “Go Ducks!” they don’t mean “Go University of Oregon’s national-ranking journalism school or support of undergraduate research!” They mean “Football!!”

I’m all for cheering on talented athletes. But treating athletes as celebrities becomes a problem when they become entitled by their privilege to commit violence against their fellow students—and go unpunished. While it is unclear what causes athletes to commit more crimes, the statics are clear: Student athletes commit nearly one third of all reported sexual assaults on college campuses. They commit sexual assault at a rate at least four times higher than students who are not athletes.

Many of these cases also go unreported by victims. When victims come forward and accuse popular student athletes of assault, they far too often face backlash.

This reality hit home for me in the spring of 2014. I heard through the campus rumor mill that three basketball players had been accused of sexually assaulting a female student. As word began to spread, it became clear that University of Oregon administrators had known about the incident for over a month before it became public. Students speculated that the administration held off on investigating the charges because the basketball players were competing in March Madness, the largest college basketball event of the season. The student newspaper uncovered that one of the players been suspended from a different university the previous year for a different sexual assault case, but had still been allowed to enroll at University of Oregon and play basketball. 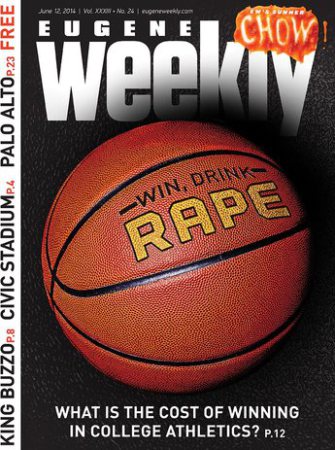 The sexual assault was big news in the local weekly paper.

While the administration knew the players were accused of a crime against another student, the players were allowed to continue going to class, walking around campus, and playing basketball while students cheered them on. When I found out those details, I felt ashamed of my school. The college’s fervent support for the basketball team took on a gross new light for me.

But then something unexpected happened. When the case was finally out in the open, I saw a type of school spirit that I had never seen before. In classrooms, online, and all over campus students, professors, and administrators banded together. Within days, a huge group pulled together and rallied outside of the administration building, demanding accountability. They were not wearing Duck gear or holding foam fingers, but when the students and faculty chanted outside the office, they were just as powerful as the student section at a football game. And their voices were heard—loud and clear.

In the following months, the administration took actual strides to rework the student code of conduct and fund sexual assault prevention. Even as the school got flack from a local politician for “failing to defend the three male students,” the university took the right step of dismissing all three basketball players from the team and suspending them from the university for at least four years.

I followed every development in the case closely and shared the story with as many people as I could, writing about issues of sexual assault for the school newspaper.

So when I go back to school this fall for my sophomore year, I won’t be the one tailgating. I won’t be the one screaming “Go Ducks” from the stands at Autzen Stadium. For me, being proud of my school means staying up late into the night to finish stories for the school paper so that every student can stay informed. I never thought a sexual assault case would wind up making me feel more proud of my school. But I’m proud of how my school’s students and professors pushed to create a safer community. I’m proud that we felt the need to fight for what’s right. I’m proud to be a Duck.

This essay was featured on our podcast Feminism on Campus. Listen to the full episode below.