Iconography: A Selection of Brilliant Careers

I wanted to write about at least one writer from the Southern Hemisphere for you. (I was going to also write about New Zealand's Katherine Mansfield, but then Lindsay pipped me to the blog post!) I thought to myself, I've never read My Brilliant Career (1901), and that's supposed to be one of the best feminist works to ever come out of Australia. An excellent topic on which to write, I surmised! This plan did not quite work out as I had expected. So let me tell you a little bit about Miles Franklin, and some other Australian women writers you, readers, may find of interest.

Stella Maria Sarah Miles Franklin was born in 1879 in country New South Wales, Australia's most populous state. She grew up on her family's home station, moving about NSW with them, eventually to Sydney. She was an active feminist, working with Australian first wavers like Vida Goldstein and Rose Scott. After writing My Brilliant Career, Franklin worked as a nurse and then a housemaid, picking up freelance work with the Daily Telegraph and The Sydney Morning Herald under pseudonyms such as "An Old Bachelor." Franklin moved to Melbourne, then the United States, and then England, but she came back to Sydney in the end. She died in 1954.

None of Franklin's other works were nearly so successful as My Brilliant Career, her other hit being All that Swagger; after a long gap, it was published in 1936. The sequel to My Brilliant Career was My Career Goes Bung (1946), about the main character's life in Sydney literary society. Franklin's legacy continues through her stipulation in her will that her estate would establish the Miles Franklin Award, which has become part of the Australian consciousness as a major literary award. It is awarded annually to the "best Australian published novel or play portraying Australian life in any of its phases."

My Brilliant Career is an autobiographical novel about a young woman called Sybylla who yearns to write books, but keeps finding herself in romantic entanglements. She's held to be ugly and undesirable by those around her, who nevertheless think she should be getting started on trying to snag a husband. Sybylla eventually gives up her shot at love in order to pursue the brilliant career she so wants. In theory, My Brilliant Career is inspiring, but, having now read it, I am given to wondering why it's such a classic.

Sybylla is one of the more self-absorbed characters I've ever encountered, and so rude. She has such little regard for the Irish family who take her in that she teaches their children "proper" table manners and hits them when they're made her pupils. And then there's this from the introduction: "'Better be born a slave than a poet, better be born a black, better be born a cripple! For a poet must be companionless-alone!" Allow yourself to sit back, stunned, for a moment. That's not the novel's only comment about "cripples" and black people. (As a note, in Australia, "black" may refer to Indigenous Australians as well as people of African descent; Franklin is referring to the former here.) This is the marginalizing perspective being held up as iconic, distinctly Australian, and essential to Australian literature. Well, they got that right. The same goes for My Brilliant Career's status as a feminist classic: that's the kind of feminism that has been popular, a feminism that's about white women's careers and choices.

I don't want to end on so frustrating a note, so I want to recommend you a few other women writers from this part of the world. Alyssa Brugman writes young adult fiction; my favorite of hers is Walking Naked. Kate Constable is another YA type worth checking out, as is Melina Marchetta. Ursula Dubosarsky is a sensitive, beautiful writer. Kate Grenville's next book is always awaited with bated breath. Sally Morgan's My Place (1987), about the discovery of her Aboriginal heritage, is essential. Oodgeroo Noonuccal is one of the best poets you'll ever encounter. I hope Lucy Sussex and Karen Healey, as New Zealanders living in Australia, will excuse their inclusion, but they are both too excellent to pass up.

Chally, if it's any consolation for my, erm, pippage, you should know that I drool over every one of your posts! This is the blog series of my dreams! (Although I'm sad to hear that <i>My Brilliant Career</i> was so disappointing.)

I really enjoy your posts!
Now I am putting holds on books by these authors you've recommended. Here in Canada we don't often hear about very many authors from Australia or New Zealand.

Oh, brilliant! I'll throw in a rec for Justine Larbalestier (I didn't mention her because I'm writing about her later on), Judith Wright is another great poet, Isobelle Carmody is a very popular fantasy writer, and I mentioned Sonya Hartnett a couple of weeks ago. Got any Canadians I should read?

- Candas Jane Dorsey - novels: <i>A Paradigm of Earth, Black Wine</i> (the latter is very post-modern and "literary," which is not everyone's cup of tea, but I dig it).

- Dionne Brand - an icon of feminist and black literature in Canada

- Afua Cooper - an historian and poet (I have <i>The Hanging of Angelique</i> on my list of to-reads!)

- Jean Little - probably the first "known" YA writer in Canada with a disability. "As many of her books were written several decades ago, they now serve as examples of how children with disabilities were previously raised and treated by society" (Wikipedia). Best works (my opinion): <i>From Anna, Little By Little</i> (autobio), <i>Stars Come Out Within</i> (autobio 2), <i>Mama's Going to Buy You a Mockingbird, Kate</i>

OK, this list got longer than I meant it to - my apologies! And, of course, there are probably a lot of people I'm missing here. Most of the list skews to older authors -- I am not always up on the "new" and significant writers, so maybe other Canadians out there have suggestions...

You are brilliant, thank you.

I'm a fan of Justine Larbalestier. Reading "Liar" right now actually, and very much enjoyed the "Daughters of Earth" anthology she edited.

One of my favorite books of all time is "The Bone People" by NZ author Keri Hulme. I remember distinctly getting to work, sitting at my desk, ignoring my job to finish the book and then just crying. It's that good. The main character of Kerewin is high on my personal list of feminist literary icons.

Hi there,
Thanks for not forgettig us down here! I would also recomend Toni Jordan, Helen Garner, Linda Jaivin, Dorothy Porter, Kate Holden, Kate Grenville, Kathy Lette... Just off the top of my head! 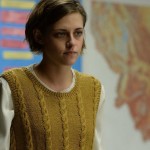