Elizabeth Gaskell's North & South (1855) and George Eliot's Daniel Deronda (1876) are two of my favourite novels. They're both set in 19th century England, and written by women, so those are two big ticks right there. But one of the main reasons I like them both so much is that they're not about navigating comfortable worlds of privilege so much as they are about the clash of experiences. 19th century England wasn't all garden parties and precisely angled fans, after all, but a context full of religious and political turmoil, the beginning of the end for a particular vision of England. In the minds of Gaskell and Eliot, those clashes sent up some sparks of brilliance.

Elizabeth Gaskell was the wife of a Unitarian minister. Her work amongst the poor workers of Manchester led to her fictional Milton, in which Mr. Thornton is an ethical, proud, and hard-working mill owner. When Margaret Hale's father has a crisis of faith, leaves the church and moves his family to Milton, Margaret is not quite sure what to make of this new class of manufacturers. She spurns Mr. Thornton's advances and finds herself in increasing sympathy with the now striking mill workers. Margaret and Mr. Thornton end up together, of course, but not before we've had a beautiful exploration of class, faith, gender and the Industrial Revolution. Very well done indeed to Mrs. Gaskell, whose ability to blow my socks off diminishes not at all upon rereading.

You have to love a love story in which the characters' interactions are more about navigating social justice and their differing ethical codes than soppy looks. Mr. Thornton and Margaret are supposed to embody the clashing characters of the north and south of England respectively, hence the title. So, yes, it's a bit like Pride and Prejudice, except with a deeper exploration of class and identity, and also, well, I find the couple a lot more endearing, to the shock of every Austen fan in the history of existence. Margaret is just wonderful, a woman of faith trying to figure out how her Christianity works when it's challenged. "Miss Hale is a guardian to herself," says Mr. Thornton, and she simply is that fiercely independent. It's a clash of sensibilities worked out carefully, with respect for the humanity of everyone involved, particularly the working class folk at the bottom of the pile.

George Eliot was Mary Ann Evans, a highly unconventional woman for her day (she wasn't too sure about Christianity! She lived with her life partner unmarried! Shocking stuff). Daniel Deronda, her final novel, follows Daniel himself and one Gwendolen Harleth. The self-absorbed Gwendolen marries Mr. Grandcourt out of financial need, and ends up very uphappy. When her husband dies, she embarks on a better life, encouraged by Daniel. Daniel, a young man unsure of his parentage, rescues Mirah, a Jewish woman, from killing herself. Charmed by Mirah, Daniel begins to feel a great sympathy with Jews, and eventually discovers that he is one himself (though we all saw that coming for 600 pages). It's a rousing call to honor the individual at a time at which familial and social duty were undergoing some rapid changes; one of the novel's most powerful lines is "What my birth was does not lie in my will". Also, I'm pretty amazed to find an English novel of the era in which Jews are an object of sympathy rather than deep hatred (hi there, Charles Dickens!).

Gwendolen represents a privileged, prejudiced way of thinking, where Daniel embodies an inquiring, ethical, more just sensibility. Readers are meant to feel contempt for Gwendolen and her "implicit confidence that her destiny must be one of luxurious ease," but I can't claim to feel entirely right about being positioned to gloat at her downfall. She's juxtaposed with Mirah, and it's nice in a way to see the Jewish woman for once being framed as the good one. The character comparison was a common technique in the 19th century, I just wish we didn't have to get this unusual sympathy with one female character and simultaneously perpetuate the convention of the pretty girl brought low, having to rely on a man for advice. At its heart, Daniel Deronda is about criticizing attitudes towards Jews and women as marginalized groups, and Eliot does a better job of it than I would have expected. And, well, read this: "Here is a restraint which nature and society have provided on the pursuit of striking adventure, so that a soul burning with a sense of what the universe is not, and ready to take all existence as fuel, is nevertheless held captive by the ordinary wirework of social forms and does nothing particular." What a singularly perfect sentence.

There is a tendency to look to images of pleasant, mannered life as the real 19th century England, but it's works like these, with their fine, worked clashes, that really draw my interest. Social justice comes in looking below the surface, and exercising skilled and passionate voices to advocate change. That's Elizabeth Gaskell and George Eliot for you.

I love this piece, thank you!

I am so happy there is someone out there who loves (prefers!) Margaret and John to Elizabeth and Darcy. North and South stole my heart when I read it, and I don't miss Pride and Prejudice nearly as much as I thought I would.

By the by, the BBC version of North and South is a must see for all. So good. Then again, BBC's renditions never let us down, do they?

Oh my, the BBC version. The last scene has the best kiss in the history of the BBC, I do not lie. And the score! And the costuming! A fabulous production. I have the DVD right next to me.

Margaret Hale from <a href="http://www.squidoo.com/north-and-south">North and South by Elizabeth Gaskell</a> is one of the extraordinary heroines of Classic Lit. <a href="http://www.squidoo.com/north-and-south">Elizabeth Gaskell</a> isn't quite as known or as celebrated as Dickens or the Brontes, people who had been big friends of hers, according to her biography, but she was a gifted writer in her own right and her talent shows in this wonderful gem which I will reread again in the not-so-distant future. 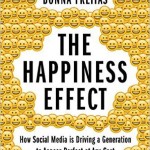 Frietas hits all the hot topics of the day—selfies, sexting, bullying, love-hate relationships with smartphones—but seems to...