Between high school English and having spent half my life treading one set of boards or another, a large chunk of my brain is devoted to Shakespeare. For whom isn't that the case, really? There's the deep horror of Macbeth, the lovely gender mix-ups of Twelfth Night, the… no, I really didn't like The Taming of the Shrew. But the thing is that Shakespeare's plays are largely about the men. My having gone to drama school has to be good for something, so let me take you through the theatrical manipulations rendering so many Shakespearian women more silent than they could be (and, arguably, more silent than the stories could do with).

Hamlet is the story of a Danish prince who ponders, and eventually exacts, revenge on the uncle who killed Hamlet's father, took the throne and married the queen. Oh, Hamlet. In the course of all this contemplation, he comes to view his mother as faithless, and treats his lady love, Ophelia, with the greatest of contempt. After making her the subject of the famous "get thee to a nunnery" speech, Hamlet kills Ophelia's father, by mistake but without regret. She goes mad and ends up drowning. Ophelia has become synonymous with the idea of the tragic, mad, desperate heroine, but she hardly gets to be a heroine. She's only allowed to be an obedient, virginal embodiment of goodness. Ophelia's experiences, her madness, are always standing in for something else, where Hamlet gets to spend a whole play grandly teasing out ethics and the human experience.

The Tempest follows the results of Prospero causing members of the Italian nobility to be shipwrecked on his island. While he plots to reclaim his position of Duke of Milan, his daughter, Miranda, falls for Prince Ferdinand. The narrative is controlled by Prospero, but, if you pay attention, you can catch him in his manipulations of events. Miranda is, no question, more plot device than character, acting in accordance with Prospero's version of the truth ("Dost though hear?" Prospero asks her, making sure of it). The one woman character, her voice mysteriously disappears from the action after she meets her future father-in-law. At least she ends up happy, restored to Italy and about to be married to her true love–even if he is the first man she sees apart from her father and Caliban, the "monster" he enslaved after having killed Caliban's mother, a witch. But Prospero is a storyteller, and one wonders if we only think of the witch as evil, and her son as a monster, because that's the narrative Prospero has built up. She, and any possibility of a positive legacy, have been silenced.

It goes on and on like that: think of Desdemona's murder in Othello, and Oberon's manipulation of the desires of the women of A Midsummer Night's Dream. There's a lot of martyrdom and direction of desires for women in Shakespeare, but too few full characters like Lady Macbeth. The thing to keep in mind about Elizabethan England is that women weren't allowed on the stage. Between the male playwright, actors and other theater practitioners, there wasn't exactly a lot of room for fully realized women characters, let alone women's imaginations. The Tempest is popularly thought of as Shakespeare's reflection on his time in theater, and Prospero as his own voice. Taking this as so, Shakespeare is as much about the silences he renders as the stories he unleashes.

Luckily, the thing about theater is that it is a fundamentally collaborative process. As time goes on, and as Shakespeare continues to wend his way around the globe, there are ever more interpretations across hundreds of productions. That's a lot of opportunity for women to jump off from the source texts and make theatrical worlds according to their own ideas. Ophelia, Miranda, and their fellows, therefore, are living out all kinds of lives on many stages and in many heads.

When I took a Shakespeare class in college, I wrote a paper on 'the women in Shakespeare' and determined that - when there was a fully realized female character, it was likely evil. And the woman with the most power in any of Shakespeare's plays was arguably Tamora from Titus Andronicus, a murderous, avenging mother. Which is probably why I loved Jane Smiley's 1000 acres - a retelling of King Lear from his daugthers' points of view.

I tend be more interested in the Shakespeare plays that give women a larger role, whether that's the villainess Tamora from Titus Andronicus or the heroine Portia from Merchant of Venice. While I think in large part he buckles to the conventions of his time, there are flashes of sympathy and brilliant insight - you can see this in how he treats minorities as well, with the "evil moor" Aaron's dying to save his child while all the other characters kill and consume their own, or Shylock's "Do we not bleed?" speech from Merchant of Venice.

There are some great women's scenes - I love Portia saving the day in Merchant of Venice, and the [trigger warning] scene in Titus where Lavinia begs Tamora, woman to woman, to save her from Tamora's sons, which is chilling and deeply problematic but also deeply compelling.[/trigger warning]

<blockquote>
The crow doth sing as sweetly as the lark
When neither is attended; and I think
The nightingale, if she should sing by day
When every goose is cackling, would be thought
No better a musician than the wren.
</blockquote>

What sucks about Portia is how she mobilizes much of her agency by checking Shylock's attempts to reorder the status quo. Perhaps Shakespeare was a illustrating the need for intersectional praxis?

I'm totally with you, Chally, in finding a lot of Shakespeare's works both compelling and sexistly reprehensible. I have quite a passion for <i>Hamlet</i>, which was one of the major texts for my thesis, and for Ophelia in particular. I consider her a poignant example of the possible consequences of female oppression and partner abuse, and the only sympathetic character in the play, though this was likely not what Shakespeare intended at all. I appreciate how Ophelia addresses, albeit in code, topics that most the characters maneuver around, such as sex. There is fascinating intertextuality between the story and "mad" speeches of Ophelia and the characters Fraydel and Sasha in <i>Mazel</i> by Rebecca Goldstein, which I highly recommend if you haven't read it.

In addition to what you've said about <i>The Tempest</i>, it has sublimated homoeroticism all over it as far as I'm concerned. From secret meetings with the fairy, Ariel, to hushing up Caliban when he starts to talk about how friendly they were at first, Prospero is trying to hide a lot from the audience, and I don't think the deceit lies solely in exaggerating the heroism of his own actions.

Like you, perhaps, I'm less convinced by the pro-female arguments for <i>The Taming of the Shrew</i>, which usually point to the tradition of Katherine winking at the audience to confirm that she is only pretending to be subservient to Petruchio so that he'll spend less time watching her. I'm just not sure why that should change my feelings about the play.

Shakespeare and women is a great topic. One which has not been mentioned yet is 'Measure for Measure', where a woman is asked to give up her virginity to saver her brother from the gallows. What is fascinating is the final scene where the lead female character, Isabella, is proposed to by the play's hero, the Duke, and not even allowed to respond! Seriously, she is proposed to, and then given no dialogue to respond. Not even a stage direction!

Oh please... he spent the whole play duping her and pretending to be a monk. By leaving the villain in charge, he is partly responsible for the fate of her brother!

The phrase 'problem play' doesn't cover the half of it.

Relevant: “A Surprised Queenhood in the New Black Sun” Reveals the Warmth of Gwendolyn Brooks 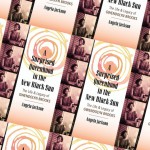 by Dara Mathis
Angela Jackson’s new biography of Gwendolyn Brooks is a lovingly written genealogy of Black activism and art.