First Nations Attawapiskat Chief Teresa Spence has been on a hunger strike for an entire month. Apparently, this is what it takes in Canada these days to get attention from the country’s Prime Minister Stephen Harper, who continues to treat the chief’s desperate measure with chilly indifference. Chief Spence refuses to eat until she meets with Harper to discuss the cataclysmic Bill-C45 legislation his government just enacted this past December, which weakens environmental laws and violates First Nations treaty agreements. The hunger strike is part of the broader Idle No More movement, which opposes the recent legislation that was drafted, debated, and introduced entirely without First Nations participation. The message of the movement, which was conceived in early October by four indigenous and non-indigenous women from Saskatchewan, is clear: honor indigenous rights and protect the environment. Although many Canadians have been oblivious to (or perhaps in denial of) the destitute conditions Aboriginal communities have been subjected to since the time of the country’s inception, as well as the systematic exploitation of native reserve land for resources, the sustained and co-ordinated efforts of Idle No More activists are bringing these issues to the nation’s attention.

Whether we like it or not, the legacy of colonization has shaped Canadian society and continues to permeate its political practices. Since 2008, the Harper government has made major cuts to aboriginal health and school funding, turned a blind eye to the over 600 missing and murdered Indigenous women across Canada,refused to share residential school documents with the Truth and Reconciliation Commission, dropped land claim negotiations, stood by as Aboriginal youth suicide rates hit crisis levels, and attempted to erode environmental protection laws enshrined in First Nations treaties.

In addition, there were still some minor legislation in place that made it a pain in Harper’s side to completely decimate protected native reserve in the name of economic growth. One such law was the Navigable Waters Protection Act, which safeguarded thousands of Canadian lakes and rivers from industrial development. Knowing Harper’s charming attitude toward the environment (remember his genius pipleline plan?) it comes as no shock that his government recently passed legislation to drop the “waters” from the title of the act and rename it simply the “Navigation Protection Act”—reflecting its real priority to ensure the passage of ships and development of infrastructure along waterways. But that’s not all. Harper snuck this amendment into an omnibus bill, which appears to be the PM and his neo-con cronies’ favorite way of a passing a bunch of insidious laws all at once. Bill C-45 also modifies the Indian Act making it easier to surrender reserve land, as well as to the Canadian Environment Protection Act and the Fisheries Act. Although passing legislation that facilitates the extraction of resources from native lands is a victory for Harper, he made a grave mistake. He forgot to ask. And, as forgiving as Canadians are as a nation, manners are manners. Furthermore, not only is it impolite to unilaterally impose legislation on a sovereign nation, it’s illegal and in direct violation of Article 18 of the UN Declaration on the Rights of Indigenous Peoples, which secures the right of Aboriginal people to participate in decisionmaking in matters that directly affect them. To add insult to injury, a misogynist backlash is surfacing in major Canadian newspapers, such as The National Post, which depict Chief Spence as emotional, unreasonable, and whiny. Similar right-wing media organizations are also engaging in victim-blaming, correlating the impoverished conditions of aboriginal communities with internal mismanagement, rather than longstanding oppressive conditions. Downright racist commentary has also emerged, evidenced by The National Post’s Christie Blatchford’s account of Chief Spence’s strike as being surrounded by “the inevitable cycle of hideous puffery and horse manure that usually accompany native protest swirls.”

Some papers are even quibbling about the ethics of a hunger strike (I guess the ethics of systemic oppression is old news), and are focusing on the fact that the original founders of the Idle No More movement are distancing themselves from the Chief’s actions, claiming that the visions of the Aboriginal people’s movement does not coincide with the visions of the leadership. Although it’s important to recognize the grassroots, horizontal nature of the movement, Canadian media focus on the schism between First Nations leaders and the protest organizers draws attention away from real news: that people are rising in the thousands and will no longer tolerate colonial treatment by the Canadian government, that Aboriginal communities have been exploited for too long, and that they will idle no more.

To find out more and join the solidarity protests surging worldwide, follow the #IdleNoMore movement on Twitter and Facebook, check out the official blog’s event map to see what’s happening near you, and stay tuned for the #J11 Global Day of Action, Solidarity and Resurgence coming up on January 11th. 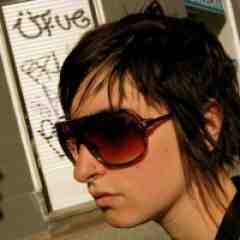 beautifully written, thank you for this. Does Bill C-45 makes it easier for the tar sands project to move forward?

No it doesn't. All it does is put the onus on the province/ municipality to sort out issue with rivers and lakes that the federal govt would rather not waste time with. They would probably consult with the prov/ municipality anyway... It makes things much more efficient.

Canadian here, one major part of this that has been left out of this article is the unreliability and general sketchiness of chief Spence's actions so far. She has said that she's protesting the poverty in Atawapiskat, and there is poverty in Atawapiskat, the problem with her story is that between 2005-2011 she was given 104 million dollars that were supposed to go to fixing the housing crisis, which they obviously didn't. A revenue Canada report was done and the vast majority is unaccounted for (approx 81% without documentation). One of the main things the Idle No More movement has been protesting is that they be required to disclose what is done with the public funds given to them, yet when there is clear mis-management of money by those in charge this is necessary, and it is public money that is being given, so the public should know what is being done with it.
Just thought I'd point out that the corruption or incompetence that is causing both the poverty and mistrust that is happening here was ignored in this article.

This article helped clear up some of the misconceptions that have been going around lately, hope you find it useful:

The comment posted by KV is inaccurate in its entirety.

The money which KV claims was "given" to Attawapiskat was in fact the money owed to them by the nation state of Canada according to our treaty obligations.

The Canada Revenue audit does not say that the money is unaccounted for - it says that supporting documents for claims were missing. Given that in my entire adult life I have never perfectly filled out a Canada Revenue form I'm not terribly surprised that Chief Spence and her council - faced with things like - trying to get a school for their children (another treaty PROMISE) for thirty (THIRTY!!!) years may have made errors. Incidentally the canadian government's own is worse than Attawapiskats (see report on CBC).

The very small aspect of IDLE NO MORE's concern with financial disclosure arises from the Canadian goverment's requirement that they reveal MORE details of their financial doings than any other institution or individual in the nation. Indeed when Stephen Harper's government came into power they ordered the auditor general to step up her surveillance of First Nations finances and Sheila Fraser refused to do so on the grounds that the transparency requirements on the First Nations were already unduly onerous. Now the Harper government is trying to force First Nations businesses to make their finances public in a way that would make it impossible for them to compete fairly in the free market.

Enough with the lies. The Canadian people will fix this relationship in my generation. We will keep our treaty promises.

Everything you write here is an urban myth. In other words, you don't actually have the facts, you only have what you have 'heard.' Continually repeating gossip does not make it true.

Canada and Canadians do not 'give' money to native nations. That money is theirs by treaty right and held in trust.

Furthermore one of the reasons they can't fix stuff on Native Nations lands is because the government requires massive paperwork and permits to do anything that you or I could just DO - like build houses - and those permits are not forthcoming - they take ages on end, getting stuck in bureaucratic log-jams, and leaving First Nations leaders paralyzed.

There is a lot more to this story than you know. Canadians have to stop being self-righteous and accusing towards First Nations people when they actually do not have the facts - they have news reports, gossip, urban myths, stereotypes, and propaganda - but rarely, rarely do they have actual facts. It is really destructive.

Theresa Spence is using theatrics to plays a lame "wounded buffalo “and is a zero, not a hero! She speaks with a calculated conniving forked tongue despite her blinded support. Where is the paper trail of the $100million? Maybe kids should do hunger strikes to hose teachers for better marks or prisoners to blackmail us to get less jail time or the fool, Conrad Black to extort a hunger strike to keep his joke, "Order of Canada"? We should peacefully protest reserves with road blocks and boycott FN products to turn the tide on them like their bullying, Idle No More Protests of traffic blockades, railroad disruption, costing money for businesses and emergency services, etc. and many see through Chief Spence's bull. The bigger racists are often the ones pointing fingers to get a desired response to get some to back off to smother their misconducts! Attawapiskat’s cheap sleazy dirty tricks are gutter politics to crave media attention & global sympathy rather than credibility/transparency in audits. We need to look over the shoulders of all reserves to uncover more muddied fiscal messes. Canada will bow to them similar to our butt-kissing foreign aid policies cuddling wicked Middle East dustbowls & African hotspots bent on mayhem, terrorism, piracy, crooked leaders, destruction and chaos while more of us go on poverty with our insincere Teflon Prime Minister while our resources are going outside while our debt goes whacko! We should target all bands with audits to see a real hornet's nest!