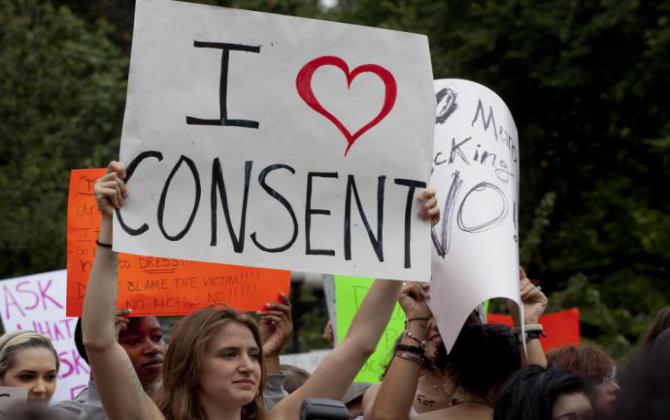 A protester at Slutwalk in New York — photo by Dave Bledsoe via Creative Commons.

On September 28, California’s Governor Jerry Brown signed a law that makes California the first state in the nation to require universities receiving state funds to use “affirmative consent” for determining whether consent was given by both parties to sexual activity.

The bill, SB967, represents a paradigm shift from women as victims and potential victims who we need to shout “no” a bit louder to women as agents who have the positive right to engage in sexual relations under circumstances of their choosing.

Schools and colleges have been trying to convey the message that “no means no” for at least two decades. Yet according to recent data, about 20 percent of women are sexually assaulted in college. In other words, “just say no” doesn’t seem to have worked any better in preventing sexual violence than it did in the utterly failed war on drugs. Designed to address less-than-stellar responses to rape, sexual harassment, and stalking on college campuses, the new California law removes the onus from potential victims to unequivocally convey and prove refusal or resistance (“no”) and places the onus on potential perpetrators to ensure active consent (“yes”). 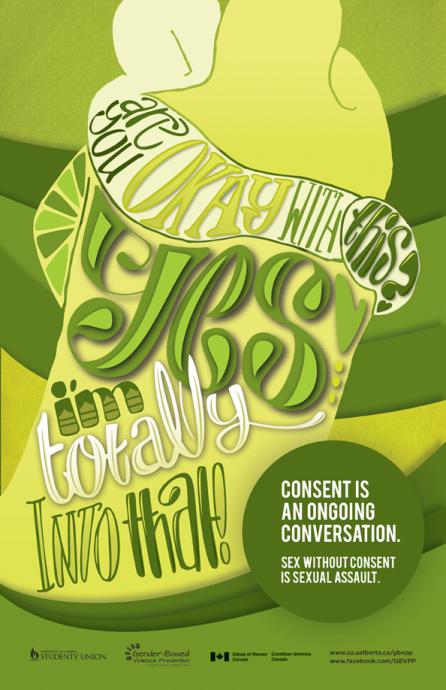 A consent education poster from UCLA’s 7000 in Solidarity.

According to the new law, affirmative consent means:

Anti-rape advocates in California have been pushing for an affirmative consent law in part because one unfortunate consequence of the “no” paradigm is that it places responsibility women who have been assaulted to prove that they really did say “no.” Even in the wake of the passage of the Violence Against Women Act, the majority of rapists are not arrested—only an estimated five percent of rapists are convicted and an estimated three percent spend any time in jail. Rape remains one of the few crimes in which the victim is scrutinized for ulterior motives, false accusations and moral deviance. Despite rape shield laws designed to protect women from verbal assaults by defense lawyers at rape trials, victims can be asked about their social and sexual history when these issues are ruled relevant to determining consent.

Joy is a Boston-area woman who I have come to know through my work with criminalized women. She explained to me that when she went to court to testify against a man who raped her, she assumed that the evidence against the perpetrator was very strong: DNA evidence had led to his arrest originally, police offers and crime scene officers testified, other witnesses from her apartment building testified, the nurse who examined her in the emergency room testified. However, he was found not guilty. “The last three questions the defense attorney asked me are: Isn’t it true that you were in prison? Isn’t it true that you are an addict? Isn’t it true that you used to work in prostitution?” In other words, her “no” didn’t count.

Joy’s experience represents a broad trend: In this era of DNA testing, consent is the primary defense used in rape cases. Coming at this time, California’s affirmative consent standard is a critical step in diverting attention away from the behavior, clothes, personality, drug use, criminal record or degree of resistance by women who have been raped and placing it where it belongs – on the actions of the perpetrator. Victims least likely to see offenders convicted are older women, low-income women, sex workers, people with psychiatric issues, a history of drugs abuse or a criminal record, people who were acquainted with the offender, and people who had a history of previous rape or abuse. 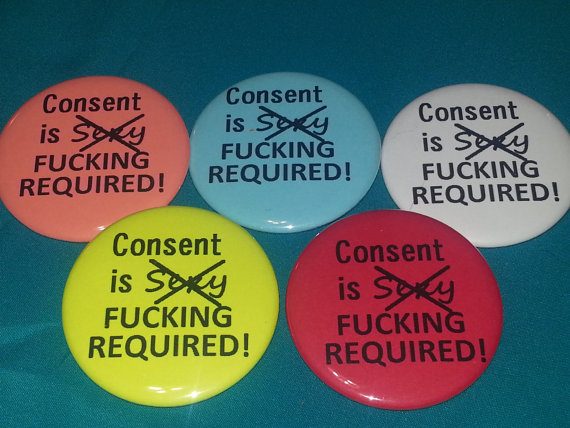 Consent is mandatory buttons from the Etsy shop of Slutwalk Chicago.

California’s new “yes means yes” law has been critiqued as impossible to implement on the grounds that “consent” is too difficult to assess. I disagree. As the former Chair of the Institutional Review Board—the body that reviews the ethics of research involving human subjects—at Suffolk University, I suggest that the State of California turn to the well-developed, refined and extensively evaluated protocols for informed consent in human subjects research as a model for interpretation and implementation of affirmative consent in sexual activity.

Protocols for protecting human subjects acknowledge the power differentials inherent in the relationship between researchers (in possession of knowledge, institutional backing, monetary resources and access to goods and services such as new medical treatments) and human subjects. The structural imbalance of power in the relationship between researcher and subject demands that researchers are pro-active and clear in facilitating the informed consent or refusal of each human subject. Consent cannot be assumed, silence does not mean “yes,” and it is the responsibility of the researcher to present potential subjects with a real and meaningful choice regarding participation in the research, to refrain from offering inappropriate financial incentives, and to avoid any hint of threatening negative repercussions for refusal to participate.

Consent is not only possible for all sex—it’s mandatory.

Susan Sered, author of Can’t Catch a Break: Gender, Jail, Drugs, and the Limits of Personal Responibility, is Professor of Sociology at Suffolk University. She originally wrote this article for her personal blog.

Susan Sered, author of Can’t Catch a Break: Gender, Jail, Drugs, and the Limits of Personal Responibility, is a sociology professor at Suffolk University. She also writes on her personal blog.

Relevant: Standing Up to Protect Water 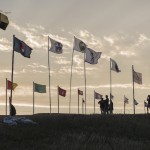