Lidia Yuknavitch’s latest novel, The Small Backs of Children, will wreck you and leave you feeling grateful.

In an email to me about the novel, Yuknavitch wrote, “Here is the warning label I should have sewn into the cover: I broke every formal rule in the history of the novel. On purpose. Not sorry.” Yuknavitch’s public manifestos—a mix of confession, outrage, and intellect—form a charismatic persona. For example, on her Facebook page she states, “I meant to agitate, stir, unnerve, press, with fierce love, not Hallmark.” In that spirit, Small Backs doesn’t follow the traditional “hero’s journey” narrative. It begins with an unnamed girl escaping a blast that kills her family in an Eastern European village. The child flees to the woods and is sexually assaulted by a rebel soldier, a “manboy.” The girl’s violent rebirth as an orphan and a survivor transforms her, its impact “pearling in and out of memory forever.” She takes shelter with a widow, who’s experienced her own deep loss: Her husband is presume dead after having been exiled to a labor camp. The widow becomes a healer, encouraging the girl’s artistic talents and introducing her to literature. Throughout the book, female characters endure without aspiring to be crowned as heroines—they’re fighting to forge art out of loss.

The story forces readers to examine debasing events and how people become complicit in them as consumers and would-be rescuers. When an American photographer snaps an image of the girl during the explosion, the harrowing image wins her fame. However, it triggers a severe depression in the photographer’s friend, an unnamed writer whose own daughter was stillborn. Her husband, brother, and close friends believe that rescuing the girl might help the writer heal. Their propulsion to find her, with unsettling results, forms the bulk of the novel. 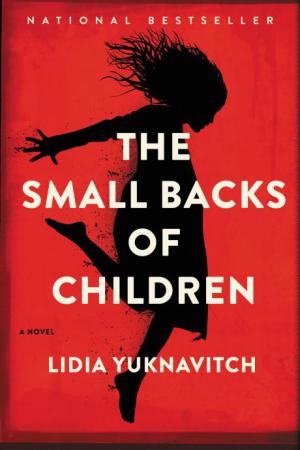 Despite coming from a mainstream publisher (Harper Collins), this novel is experimental. Yuknavitch writes for the body and about the body: All excretions are present, all forms of love are present, all forms of betrayal are present. The novel is hot, erotic, damaged, informed, and redemptive. It juxtaposes poems, journal entries, scripts, and multiple points of view. But Yuknavitch also inserted large white spaces on the page. Contrasted with so much horror in the text, the book’s white spaces are like musical rests and frames. They slow down the words and your heart rate, and let you dip into the dark type as you might pause to hear a voice singing in grief.

The text questions vacillating truths and “essential” truths, especially the biographical elements given to the novel’s writer character. Many of those traits are shared by Yuknavitch, whose memoir The Chronology of Water weaves together intimate stories of gender, violence, and sorrow. Both Yuknavitch and the writer in Small Backs are swimmers, former heroin addicts, lovers of women, married to filmmakers, and the mothers of a daughter born dead and a son who lives.

There is no “right” reader for this book or “appropriate” response. You may question the plausibility of certain plot events, and you may feel emotionally beaten by the graphic brutality. You may want to research Kathy Acker (is the poet character based on her?). You may be charmed by the choice of endings. Or you may feel the opposite.

Throughout the novel, Yuknavitch’s precise, sensual language knits you tightly to the imagery. It embeds you in a story that resists a traditional pattern of rising action, climax, and denouement. As scholar Jack Zipes writes, “Throughout human history, there has always been a tension between groups wanting to control speech and the way individuals have used speech to know themselves and the world.” Or, as Small Backs’ writer character states:

We make art, but in relation to what exactly? All the artists we admired from the past came out of the mouths of wars and crises. Life and Death. We come out of high capitalism. … And where we are from—our so-called country, defined by the smell of a well-made latte, the silent hum of an all-consuming war machine, and the televised face of Oprah—are we for something? Against something?

Yuknavitch challenges women to examine their complicity in a world that strives to keep them in set roles. It’s a wakeup slap throughout her writing and public statements. She wrote in an email to me, “All of my books have taken as their central question: How do we liberate the voices, stories, bodies of women and girls from the incarcerating, anesthetizing effects imposed by a culture that inscribes them as objects rather than subjects?”

The female characters in Small Backs share the same resilience as real-life women and girls Yuknavitch wants to liberate. At the widow’s house, the girl refuses to break. She creates a miniature village of her lost life out of forest debris. Her heartbreak echoes that of female artist-patients represented in the Prinzhorn Collection in Heidelberg, Germany. In the early 1900s, German women could be institutionalized against their will by their husbands, their parents, or other authority figures. A doctor collected the art patients made—everything from paintings to home-made dolls—and their work now resides in the Prinzhorn Collection. In an email to me about the Prinzhorn Collection, Yuknavitch wrote: “Mostly what used to be the brutal misdiagnosis and mistreatment of women and girls has been internalized, so that we do it to ourselves; our modern-day incarcerations and brutalities are more condensed and dispersed and self-inflicted.”

The Prinzhorn women’s “crimes” were often indifference. Widowhood. Physical illness. Adultery. Prostitution. Sex as a minor. Guilty as XX, the wrong chromosomal pair. Thrust into a locked world forever, these prisoners protested through art. One woman embroidered deeply symbolic work. One woman threaded her story on her clothing, hidden against her skin. One woman fought for the rights of babies born in the asylums and sculpted human forms from bread dough and straw. One woman used her blood as ink on greeting cards to scream against her fate. These women form the unheard chorus behind the rage and pulsing spirit of Yuknavitch’s heroines. Through art, we might find a way out. 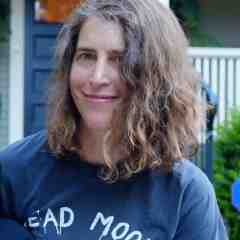 Alex Behr is a writer and musician in Portland, OR. Her work has appeared in Salon, Tin House, Propeller, and Lumina. The review of "Small Backs" is her first piece for Bitch. 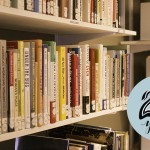