In Memoir "The End of Eve," Ariel Gore Breaks Down Myths About Moms and Daughters | Bitch Media

In Memoir “The End of Eve,” Ariel Gore Breaks Down Myths About Moms and Daughters 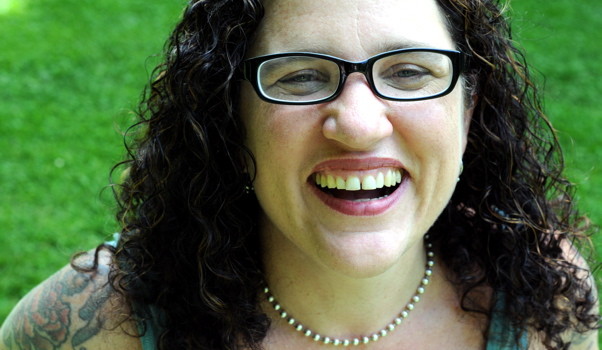 Author Ariel Gore, the long-time publisher of Hip Mama, has a new memoir about the death of her mother.

Like many, people I discovered writer Ariel Gore when another mother handed me her beloved first edition of The Hip Mama Survival Guide. She said something like, “Here, you’ll need this.” And she was right. I needed someone to tell me what was really going on with the beautiful, ridiculous path of motherhood that I was about to embark upon. The book became my companion as my hair turned into a perpetual bird nest and my belly swelled until my clothes no longer fit. Hip Mama was raw and honest and by the end I felt like Ariel was a close friend. Her new memoir, The End of Eve, seals that friendship. In the book, Ariel writes in vulnerable detail, breaking through societal maternal roles to speak a painful truth.

In the memoir, Gore tells the story of caring for her abusive mother, Eve, as her lungs succumb to cancer. Gore takes simple scenes and transmutes them into gold. The memoir is full of divine messages, ravens, and alchemic moments: a blue lake on her road trip from Portland to New Mexico, for example, becomes symbolic of destruction and hope. One telling passage reads: “I just wanted to sit by myself in my own little kitchen, barefoot and writing feminist books and psychology blogs, but somehow I was still wearing my purple corduroys–tending wounds and feeding people.”

The End of Eve is more than a memoir; it is a new Bible of sorts, a book we can turn to when things get thick. Gore questions the role of woman as caretaker even as she takes on the task and the story that unfolds challenges the archetype of nurse-daughter.

Over email, I asked Gore at what moment she knew she needed to write her book. “From the moment my mom showed up on my doorstep with the announcement that she’d been diagnosed with stage-four lung cancer I had a pretty good idea I would write about it,” replied Gore. “It’s what I do. And she had a pretty good idea about it, too. Occasionally during the whole process she would turn to me and say, ‘You are not ALLOWED to parody this.’ So of course I did.”

As soon as her mother died, Gore says she began “cleaning up” her memories of her, sugar-coating them as time passed. In the weeks immediately after her mom died, when Gore half- jokes that she should have been clearing out her mom’s house and going into therapy, she instead started writing her reflections on her mother. “I’ve been pretty haunted by her,” says Gore. “It’s getting a little better now. But writing this book so soon after she died was a vulnerable thing for me to do in that respect—I didn’t want to invite her ghost. I wanted her to move on.” 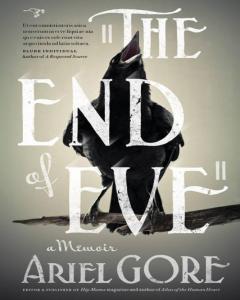 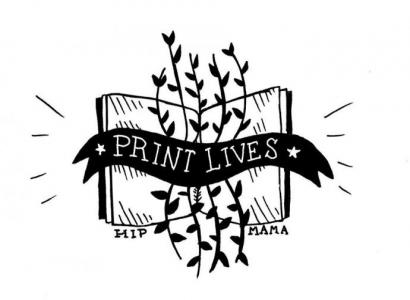 Gore wound up selling the book to publisher Hawthorne Books on the one-year anniversary of her mother’s death and immediately began having anxiety dreams. She even dreamed that she called up the publisher and asked her to forget the whole book deal, she’d wondered whether she had made a terrible mistake. “I was trained my whole life not to tell anyone about the violence within my family or even about the violence of life in general,” she says. “It’s funny because I’ve been trying to tell the truth about being a mother my whole adult life, but I’ve been writing from the perspective of being the imperfect parent, the un-hallowed mother. In writing about my mom in The End of Eve, I’m writing about a mother who has a pattern of wackiness and abuse beyond just ‘imperfect.’” The memoir reflects the immediacy of her experience, her reluctance to write anything but the truth.

There is also a love story threaded through the memoir: the end of one love and the beginning of a new one. Gore’s new lover, known as The Chef, had recently experienced a death. In the memoir, there is a thick haze of loss within their dreamlike dates as the pair make their way back from heavy sorrow. In one scene, The Chef rearranges roses for Eve in different vases. Drugged on painkillers, Eve thinks that more and more flowers are appearing as if in a magical vaudeville show. These humorous moments are gems throughout the book. “That’s why I fell for The Chef!” says Gore. “She would text me at the most inappropriate moments and offer to kill my dying mother. In the stark light of all that illness and death, I needed that jaded kind of tenderness.”

The love story is an integral part of Gore’s memoir—it’s clear that her mom’s death is not the only part of Gore’s life that is changing. Instead, the death marks both an end and a beginning. “My mom was dying, but this dynamic in my life was dying, too: the dynamic of being attracted only to people who are withholding and mean to me on some level,” says Gore.

Ariel brings out the contrasts: the cloud of black feathered birds that fall from the tree outside of Eve’s house, the shine of winter, her mother’s hand wrapped around a blade, her son’s pleasing innocence. The silent puma beyond the house only her mother can see, and the ever multiplying rose bouquets. Gore pens all of this into a sweet concession to death. At the end, Eve asks her daughter, “Do you think memoir writing is a way to express anger or a way to pay tribute?” Ariel says, “Maybe both.” Those words weighed heavy on me even after I had finished reading. I wondered if she still believed this after writing her book. I had to ask.

“Memoir is about taking the traumatic, disparate moments of life that are kind of scattered around us and sewing them back together into something beautiful that maybe emboldens people who are going through the same thing—which we all are—because the “same thing” is life and it’s hard and fucked up and delicious,” says Gore. “The only goal I had when I agreed to take care of my mom was to behave in a way that I’d be proud of.” Gore wanted to write the memoir not as a tribute or an expose, but as an honest recounting of what she did and how she felt about it. Handing such an honest story to a stranger “might break us both out of our self- consciousness and isolation.”

So often we are expected to hold our mothers in our memories with their maternal regalia even after death. Gore breaks through these old myths. She breathes life into her story compassionately, still showing the gleaming edge of the blade her mother would hold at the end of her bed. Days after finishing The End of Eve, I would think back to a particular scene from the book. Ariel’s words continued to accompany me, here, in my small mountain town. Her words remain like that of a good friend. She lets you know that no matter what, you too will get through the hard times, and maybe even one day, write a memoir about it.

Sarah Maria Medina is a poet and a fiction/creative non-fiction writer from the American Northwest.

Related Reading: A conversation on memoir and comedy with Hyperbole and a Half’s Allie Brosh. 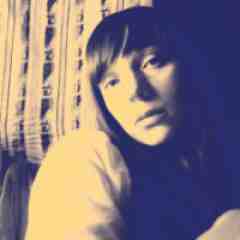 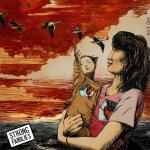 by Britt Ashley
You can sponsor a card to be sent to moms held in immigration detention, too.