In the Frame: Artemisia Gentileschi, the Artist Who Broke the Mold 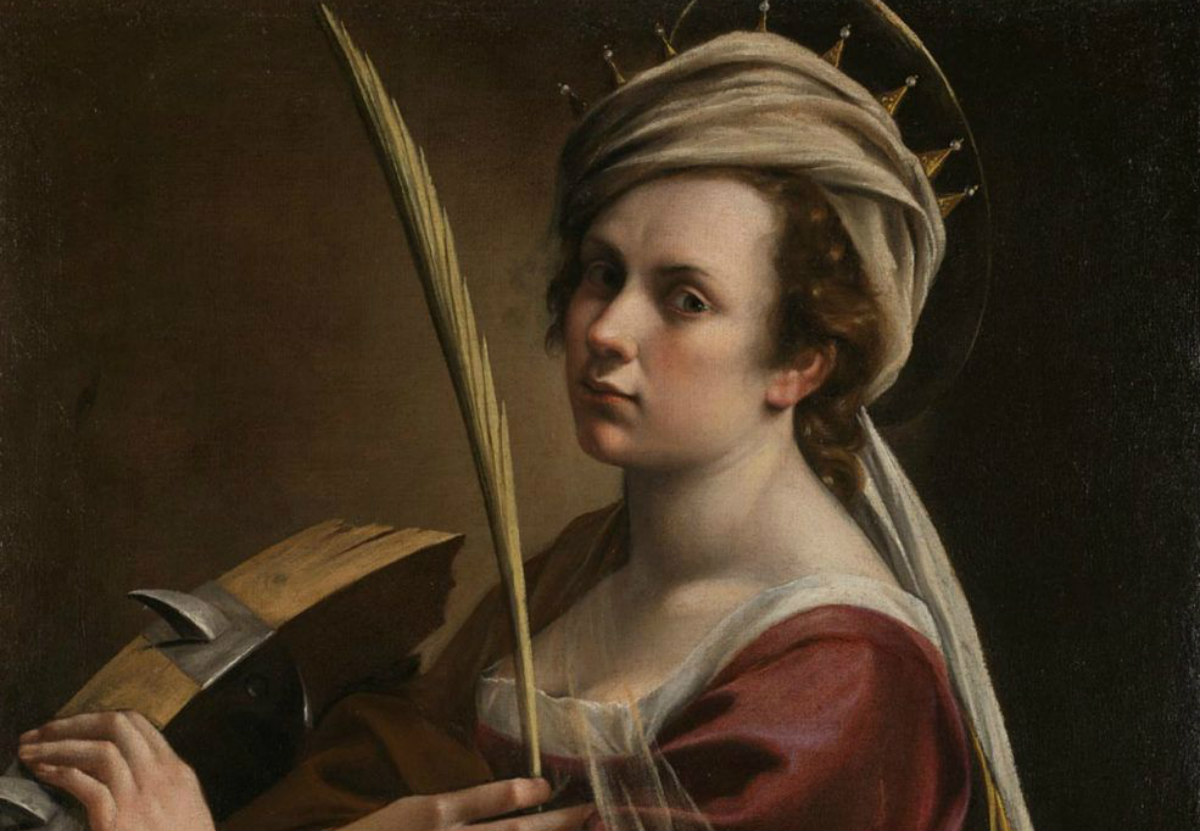 This story was originally published on November 7, 2011.

My ultimate empowered female art heroine is a woman who made a career for herself long before the word “feminist” was in use. Artemisia Gentileschi (1593-1652/3) is a force to be reckoned with, taught by her father Orazio and following in the footsteps of fellow Italian, Caravaggio. She stood out not only because of her incredible talent, but also the obstacles she overcame in her personal life to make a career out of painting.

Her most famous piece, “Judith Beheading Holofernes,” was a reinterpretation of a Caravaggio. Many people (myself included) think that she surpassed the original and managed to convey much more drama than her predecessor. Artemisia produced several versions of the painting and kept coming back to it, working on the use of light and the dynamics between the three figures, whose story comes from the Bible. Essentially, Judith is being helped by her maid to kill a drunken general, Holofernes, who is going to take over her home city of Bethulia. The very un-womanly violence is justified because the whole of Bethulia is in danger, and Artemisia presents Judith with a look of steely determination on her face, quietly getting on with the task in hand. What’s unusual is the way that Judith is so involved in the action—she is not simpering in the corner or looking beautiful, as females often appeared in art at the time.

Portraits of women normally showed them looking nymph-like and poetic, with a faraway gaze, a bit like an early predecessor of the MSN profile picture pose; if not, they were dressed in finery and the painting was for potential suitors or flaunt their social status. Yet here’s Judith, fairly plain looking; she doesn’t seem very rich and she’s certainly not trying to attract a husband (well, unless you’re the kind of man who prefers his wives bloodthirsty). 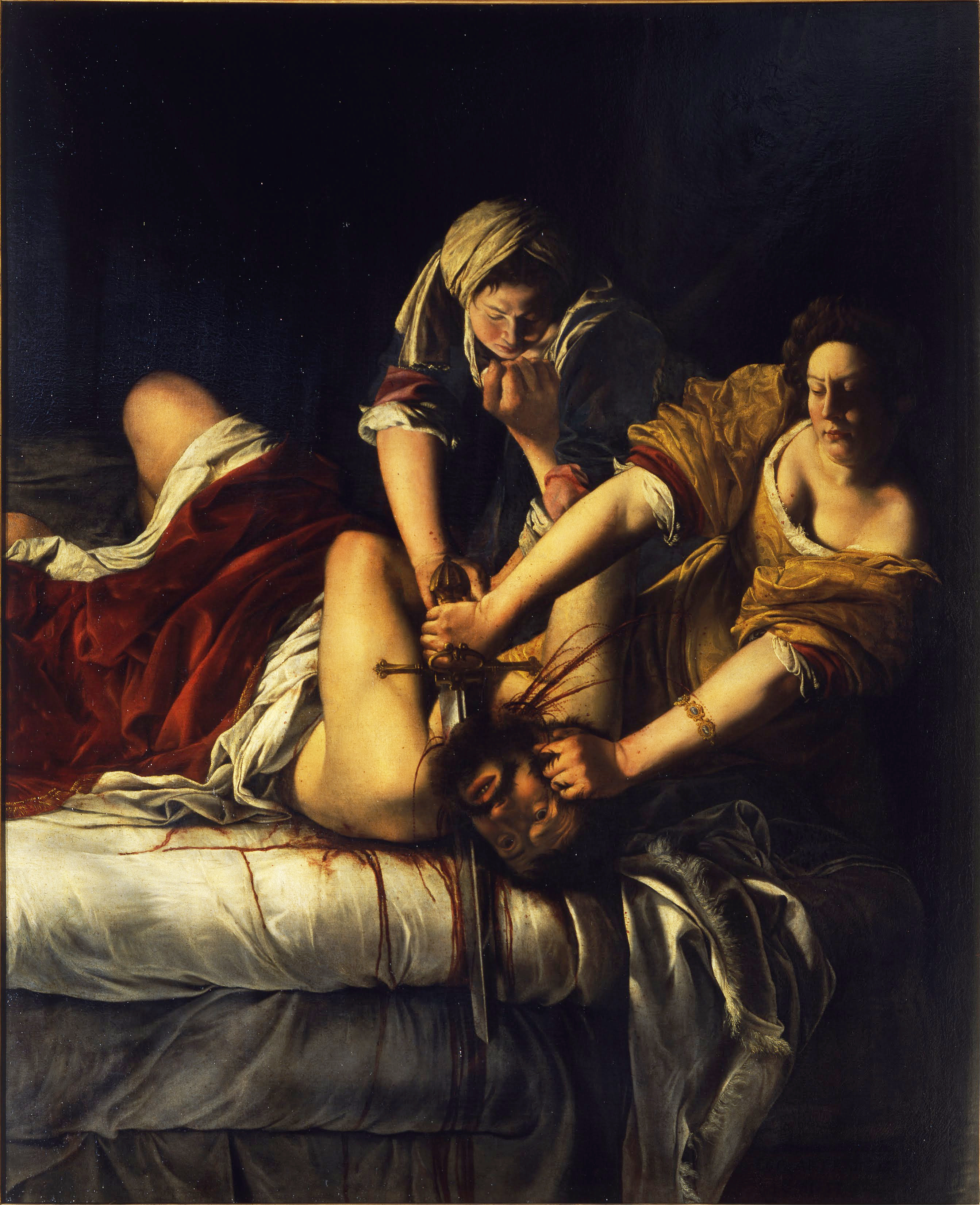 Taking a look at Caravaggio’s version of the scene; it feels a little tame in comparison. Judith looks really uncomfortable and awkward, as if she’s being asked to dissect a frog in Biology class. The maid who’s assisting her is worryingly enthusiastic, checking out Judith’s handiwork and gripping a towel (she’s blatantly thinking, “Get in there,”), whilst Holofernes’s expression is one of confusion rather than deadly peril, with a cartoonish spurt of blood. What really grates is that Caravaggio is world famous for his artwork—don’t get me wrong, I’m not denying he’s an incredible artist—but Artemisia Gentileschi can clearly rival him, and yet she’s still not in the spotlight.

So what gave Artemisia the edge here, other than her realism? Well, it’s widely believed that the reason she can make a scene of woman triumphing over man look so lifelike is because she was exorcising a few personal demons at the time. In 1611 she was raped by a fellow painter, Agostino Tassi, and the crime went to trial the following year. Rather than justice smoothly being done, Artemisia had her name dragged through the courts, as her rapist (who had been accused of raping other women) accused her of lying and had her tortured; he also accused her of sleeping with five other men, including her own father, and found defense witnesses to falsely testify for him. Although the official transcripts have been lost, we know that Tassi was imprisoned for eight months afterwards, whilst our heroine was married off to one of the trial witnesses to save her reputation. They separated a few years later.

It’s fair to say that Artemisia Gentileschi was let down by many men in her life, and she wouldn’t be the first woman to feel bitter about it. For her to find it cathartic to paint a woman beheading a man isn’t really a stretch of the imagination, but neither should it be seen as a tragedy that her passion was fueled by trauma. The 35 artworks that have been attributed to her frequently show strong females. She later became the first non-male to join Rome’s Accademia del Disegno (Academy of the Arts), which is an incredible achievement given the patriarchal society she lived in. Her self-portrait makes her appear confident, pro-active, and independent whilst being depicted as Pittura, the allegory of painting, who was also female.

The best lesson to take from Artemisia’s legacy is that she survived a horrific situation, and that important work can come out of even the most oppressive circumstances. What’s more, expressing yourself through art can be a therapeutic way of addressing your past. It may not be a career option for everyone, and you might not end up with a canvas worthy of Ms. Gentileschi, but it can help you to move on and feel liberated. Go get inspired.

One of my favourite artists - male or female. Her version of Judith Beheading Holofernes is so powerful - both women have such determined looks on their faces. The triangular composition is so much more dynamic than Caravaggio’s.

I love her. She is the reason why the Baroque is a close second to the early 20th century in my art-historical obsessions. My personal favorite is <i>Susanna and the Elders</i> where she turns the typical voyeuristic nude that feigns feminine modesty and turns it on it's head...a few hundred years before Manet even <i>attempted</i> it.

Sadly, I think it wasn't until the 1970s her full badassery was recognized, wasn't her work attributed to her father up until that point?

Recent scholarship has re-examined Artemisia's career. The current, rather more nuanced interpretation of her work maintains that she did several versions of the Judith & Holofernes story, Esther, Cleopatra, and others, not as "therapy". Instead, perhaps she did so many such images because of her reputation of being a woman that came through a hard time and survived, even thrived. Her clients probably loved having a strong woman, with a reputation as a fighter, depict strong women from history/mythology. It's true, the trial was very difficult - she even had to voluntarily submit to torture (thumbscrews) in order to prove her testimony against Tassi. But public opinion actually seems to have been on her side. It was Tassi who, after ultimately being released from prison, fled off into obscurity.

Usually, I'm first in line to sing the praises of Caravaggio, my hands down favorite Renaissance painter, but Artemisia here definitely trumped him--not to say his version wasn't good or anything.

Thank you so much for this article! Artemisia is my all-time favorite female artist, not just because her paintings are so bold and vibrant and gorgeous, but also because her life story is so intriguing. Imagine being a woman in the 1600's and taking a man to court for rape and actually winning! She was a feminist and a forward-thinking artist long before her time, and her work deserves more recognition. 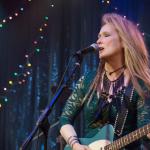