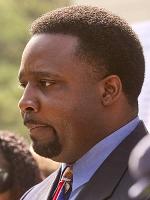 Tyrone Freeman, master of the secret arts of douchebaggery and former president of the United Long-Term Care Workers, a labor union in Los Angeles, has been banned for life from the Service Employees International Union (SEIU) for "misappropriating" over $1 million dollars of the union members' dues money.

The LA Times broke the story in August:

"California's largest union local and a related charity have paid hundreds of thousands of dollars to firms owned by the wife [a video-production company] and mother-in-law [a day-care service] of the labor organization's president, documents and interviews show.

Responding to the Times, Freeman defended himself saying, "Every expenditure has been in the context of fighting poverty."

How exactly golf tournaments and Hollywood talent agencies "fight poverty" isn't clear, but he seems pretty certain he's fighting the good fight, as does this unfortunate collection of dupes caught on video (probably by his wife's company) extolling the virtues of Freeman. (Hell, the video may've been paid for by member's dues.) It's hard to believe Freeman didn't commission this video himself, and, as everyone knows, commissioning work about yourself is classic douchebaggery.

His attorney defended his actions in the latest Times article about the ban:

"Tyrone Freeman's career has been about helping workers and finding innovative ways to lift them out of poverty," said the statement from attorney Kelly Kramer.

Which, I suppose, is not un-true. Lighting up in a Beverly Hills cigar lounge and billing it to your members is incredibly innovative. Maybe not terribly effective at lifting them out of poverty, but innovative nonetheless. And who knows, maybe he uploaded photos of the Grand Havana Room to Flickr so his members can log in and live the good life vicariously through their president.

The newest Times article adds to his already cornucopic excesses, reporting that:

"In addition, the SEIU has accused Freeman of billing the union for $8,100 in hotel, restaurant, bar, rental car and massage charges incurred during his Hawaiian nuptials."

So...I can't remember where I read it, but I'm positive that new medical studies prove that massages are innovative and fight poverty. In fact, I think I may fight some poverty later on today.

Relevant: I Consider the Union My Second Mother 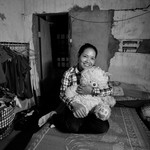 by Annelise Orleck
A compelling excerpt from We Are All Fast-Food Workers Now: The Global Uprising Against Poverty Wages.