Beaker Bitch: Inside the Bank of Breast Milk | Bitch Media

Beaker Bitch: Inside the Bank of Breast Milk

One day's worth of breast milk from a new mother barely reached the first line on a four ounce vial. The freezer that held the thin, yellowish milk was nearly empty, too—the first breast milk donation bank in the Northwest was not officially open for business last week when I stopped in.

The still-humble milk bank, housed in a small room on the second floor of Adventist Hospital in Southeast Portland, will be the 11th official non-profit breast milk bank in the country. In a toy-filled waiting room next to the birthing wing of the hospital, lactation specialist and organizer of the Northwest Mother's Milk Bank, Peggy Andrews, recalled what it was like back when she breast-fed her children in the late 60s, "Only three percent of women were still breastfeeding at three months. And it was pretty much just the hippies." In her time working in hospitals, Andrews says the culture has completely changed—in Portland, 90 percent of women breastfeed their babies, as do 72 percent of women nationwide.

And what has been integral to mainstreaming the image of breastfeeding? Andrews immediately points to media. "Media has played a very positive role in presenting breastfeeding in a positive light, like talking about world breastfeeding week and showing breastfeeding moms on TV. Forty years ago it would embarrass male news commentators to even say 'breast.'"

Personally, I had never heard of world breast feeding week or, to my memory, seen a breastfeeding mom on TV but, come to think of it, that's probably because I don't own a TV.

More on the milk bank below the cut!

Currently, hospitals in Portland and other parts of the country where there is no milk donation center have to fly in bottles of breast milk to feed premature babies. The San Jose milk bank where Portland gets its "liquid gold" ships out 250,000 ounces of milk each year just to the West Coast. All that jetplaning raises the cost of breast milk to about $4.50 an ounce. Two Portland hospitals (Emanuel and St. Vincents) eat the cost and provide breast milk free of charge to patients, knowing its health benefits are worth subsidizing. But other major hospitals (like Oregon Health and Sciences University) skip the hassle and feed premature babies the less-healthy option: baby formula.

The milk bank brings still no luck (or maybe just another hurdle) for Savage Love readers who want to make their own breast milk cheese: people can only obtain milk from the donor center with a prescription. Even babies need prescriptions to get a taste of someone else's breast milk, though people who have weakened immune systems (like cancer and transplant patients) can also be prescribed breast milk to help rebuild their bodies.

Last Thursday, August 6th, Andrews waited all morning for her first milk bank donation—25 bottles of milk from a mom who cleared the all-organic standards of a milk screening. Aspiring breast milk donors cannot smoke, be sick or take any medication other than birth control and pre-natal vitamins. Lots of moms overproduce breast milk and have to stockpile it while babies born prematurely either have to drink donor milk or straight baby formula. "I've had a bunch of moms call in and say, 'I just have a freezer full of milk, my husband wants me to empty the freezer,'" says Andrews. Breast milk, it turns out, can be frozen and used up for a year after it's pumped out.

A modified version of this article originally appeared on Blogtown.

Not knowing near enough about this as I should, I was wondering if there is an organized (even semi-organized) registry of breast-milk banks that can (or in many cases 'need to') be donated to.

My wife is nursing our 14-month-old (as we speak, even), and we have frozen breast milk before for our own purposes when Mama's away for a few hours, but I'd love to know if we can help other babies who are otherwise being offered formula.

Denver has a great <a href="http://www.rockymountainhospitalforchildren.com/index.php?option=com_con... bank</a> where you can make donations as well. For six weeks I had the incredibly valuable "preemie milk" (my daughter was born 6 weeks early) and they almost cried when I called to find out how to donate, because preemie milk is so rich and has extra nutrients that are especially needed by babies who were born early. I had freaked out about not having enough milk and pumped a lot to make myself produce more, but then ended up with way too much. But it's a great feeling to know you're doing something good for someone else in the world during those first few weeks when you rarely leave the house and all other activist work has come to a screeching halt.

Relevant: Popaganda: Watching What You Eat 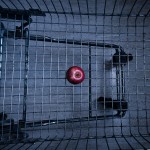 by Soleil Ho
So much of what we think about wellness is so wrapped up in watching and being watched.