"Queer is Hardly Just Who You Sleep With": Q&A with Masha Tupitsyn | Bitch Media

“Queer is Hardly Just Who You Sleep With": Q&A with Masha Tupitsyn

Masha Tupitsyn writes about film, feminism, love, and being human in a media-drenched culture. Her new book, Love Dog, is a multimedia print version of a one-year blog project on love. The text is interspersed with film stills, URLs for movie clips and music videos, and more.

Love Dog feels like (one version of) what a book should be right now—a print text that’s constantly in conversation with other texts and people and mediums.

Reading the book means following links elsewhere: watching clips of Say Anything and Bresson’s Lancelot du lac, listening to love songs on YouTube, and reading dialogue from Wong Kar-wai films, then turning back to the book to see how Tupitsyn describes deep (and often disturbing) connections between all manner of cultural stimuli in an extended plea for deeper connection of all kinds. Tupitsyn is a serious intellectual and a passionate romantic, a critic who knows that criticism is a form of radical love. Ever serious but never dry, she fuses pop-culture critique, philosophy, and personal essay, and flits between different schools of feminist thought to ultimately offer a syncretistic, idiosyncratic feminism that feels hard won and very much her own.

JESSICA HOFFMAN: From your first book, Beauty Talk & Monsters, to Love Dog, I’ve been fascinated by how you write about gender roles in straight romantic/sexual relationships. I always feel like, on one hand, you are relentlessly focused on heterosexuality, and, on the other hand, you question and deeply consider gender roles and straight relationships in a way that feels very subversive, I want to say queer.

MASHA TUPITSYN: I don’t think I focus on it to the exclusion of queer desire or sexuality, or that you can’t be heterosexual and queer at the same time. I focus on heterosexual gender roles in capitalist patriarchy in all of its subtle and complex forms. I am also very interested in how masculinity works. At the end of the day my sexual relationships are with men and we live in a sexist society, so my focus is on how that dynamic/desire intersects with social and cultural norms, as well as how I experience those clashes and convergences as a feminist intellectual who is interested in radical love.

Queer is hardly just who you sleep with (it’s more like how), so we need to get past those simple reductions. I don’t think heterosexuality is always the same as heteronormativity, just as I don’t think being gay is inherently radical anymore. I don’t see a lot of relationship alternatives on offer even by gay culture these days.

Real love is queer when it’s not purely tied to heteronormative status symbols, like marriage and children and the social arrangements that make it an acceptable project. As feminists we are mostly only allowed to talk about desire because desire is seen as transgressive and love is seen as old-fashioned. But I don’t agree with that, and neither do other contemporary philosophers of love like bell hooks and Badiou.

Why did you choose a multimedia format to write about love?

With Love Dog something happened to me: I met someone, it rattled me to the core, and I felt called upon to write about it in some roundabout, uncategorizable way that would still examine all the other social, political, and philosophical issues that I have always been concerned with. Tumblr allowed me to write the kind of interactive, associative, experimental, and discursive criticism that I have always wanted to write and that directly responds to the digital structure that now informs and organizes our lives.

[Love Dog is the second in] a trilogy of writing on the Internet that began with LACONIA: 1,200 Tweets on Film. It was the first book of film criticism written entirely on Twitter, and an exercise in criticism as a form of living. I did not know that [these books] would be part of a trilogy. I only knew that these projects were bigger than me just tweeting and blogging, that I had no interest in using social media without making some kind of critical intervention.

You write in Love Dog, “The camera is always on, so how do we live?” In particular, Love Dog often looks at how gender roles are presented in pop culture. For example, you wrote “As Seen on TV,” one of my favorite entries in the book, after watching the “Independent Woman” episode of the PBS documentary America in Primetime. In it you talk about Don Draper, reality TV, the women of Grey’s Anatomy, and a whole host of other TV representations of women’s, and men’s, lives. How do pop-culture stories about gender shape how we love?

The feminist scholar Susan Bordo writes, “We live in an empire ruled not by kings or even presidents, but images,” which means media is part of everyone’s life in increasingly pervasive and profound ways. Secondly, sexism is everybody’s problem, just like feminism, to quote bell hooks, is for everybody. As hooks noted in a Bitch interview once, the dominant/subordinate paradigm is continually practiced by both men and women, in both straight relationships and gay relationships.

I really saw that in Blue Valentine. Ryan Gosling—whose family, not career and male status, is his life, in a way that has always been seen as normal for women—is shamed and warped, and worse, conflated with male domination and misogyny. And I realized, Oh, we really can’t see the difference. We’ve mixed everything up. We’re as threatened by the emotionally honest and accessible man as we are by the cold and withholding man (Cindy’s father) and the abusive misogynist (Cindy’s violent ex). And when a man is open and vulnerable, the woman is cold and withholding. (Watch an illustrative clip from Blue Valentine here.)

On one hand, film narratives describe the powerful longing we have for love and connection, but film continually gives us devastating examples of what love looks like. It rarely imagines or describes an alternative. So how are we going to work through this? That’s what I am asking, for others and for myself.

What’s your take on the relationship/s between feminism and romanticism?

I don’t see feminism and romanticism as contradictory. That’s why I wanted to embolden the female romantic in Love Dog. It’s one of the reasons I revive the trope of female knighthood and chivalry that Kathy Acker summons in Don Quixote, which also features a love dog! In the book I begin one entry with this Acker quote: “…she conceived of the most insane idea that any woman can think of. Which is to love.” It’s the ethos of the book. Women are supposed to be the ones on the balcony, not the ones down below professing their love. We don’t think the female romantic is romantic. We think she is a predator. We think she is desperate, unstable—Fatal Attraction, the cougar, the spinster, the troublemaker. But deep emotion in this age is a radical act.

You can order Love Dog directly from Penny Ante here. 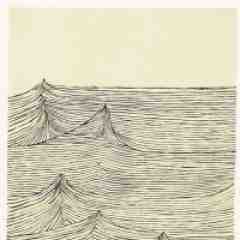 it seems questionable for a straight woman to claim what queer is. no matter how we have heterosexual sex or deal with heterosexual relationships it is not legally, politically or socially the same as being gay or bisexual.

I think there are radical ways to engage in heterosexual relationships and sex, and I don't think we should appropriate a reclaimed slur that was never used for us to talk about them.

Thank you for saying this. As a lesbian I don't identify with the term queer because I really don't know what it means, and I'm tired of it being co-opted by everyone. It doesn't feel like solidarity to me. Obviously people will continue to identify as they like, which is fine with me, but I don't use the term for myself.

The meaning of words change over time because people come to apply new meaning to old words. In 200 years if "queer" still finds a place in the English language, it will probably mean something a lot different from what you seem to think it SHOULD mean today. Is there a more repulsively anti-intellectual, conservative impulse than the demand that people adhere to a language with a set of reified and obvious meanings that never change? People with thoughts in there heads will always try to find new ways of breathing life back into words that have grown politically inert. And in an age when gay politics anywhere near the mainstream seem largely to be a call for the abandoning of queerness and an embrace of normative ways of living and loving, its about time people with a more radical relationship to desire start to give the word a new home. And I'm a gay man, so I am vested with the authority to say this ; p

This is fascinating. I wonder if you would say the same thing about racial slurs? Do white people get to redefine racial epithets, to say that they now mean something else, to ignore the very real and very painful histories behind them? Yes, language changes, but that doesn't mean that we live in a vacuum. History doesn't get to be rewritten just because someone wants to use a word in a different way, and this is particularly true for words that have been used to hurt and oppress people. Intellectually we may talk about queer theory or queering something -- all very well and good (and often useful), but it doesn't erase the history of LGBT folks who have had the word hurled at them while being violently assaulted, sexually harassed, kicked out of their homes, and denied employment. I don't think it's too much to ask cisgender heterosexual people to respect the history of the word queer and refrain from using it to describe their heterosexual relationships.

gee why don't you tell that to the bigots who use the word "queer" as an insult? I guess its a lot easier to victim blame and chide others for not having a more open mind about a word that has been used to hurt them...

Masha isn't definitively categorizing anything it would seem, except for her own experience. The queer question is foisted upon her in this interview and she simply acknowledges it. Queerness, or 'strange' or 'non-normative' love and relating is no longer (as if it ever was) a matter of sexuality alone but too of dynamics. It's a question of longing, the very queer nature of a woman engaging in something supposedly not really meant for her (scholarship) in the old days or, now, something too easily intended for her (love).

Female heterosexual desire is overshadowed by the pervasiveness of male heterosexual desire on the one hand and is not a welcome element with the strength and refusal, the difference of queer desire on the other hand. Chris Kraus' 'I Love Dick' and Masha's work represent the suppressed straight female gaze, which is queer enough in itself as it is so invisible. This is not so much a political question as a private, hidden one. The quiet desire of those who are meant to not want unless they are told to want. Language appropriation? Yes. But Bitch is a feminist magazine, not an exclusively queer one. Heterosexual feminine desire ought to be a prime topic here.

This may be a small thing, but I really don't want to have start referring to my kid as a "heteronormative status symbol." Too wordy. I'll stick with "human being." 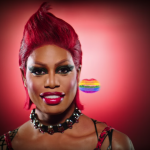