Ava Duvernay on “Selma” and Telling the Stories of Black Women 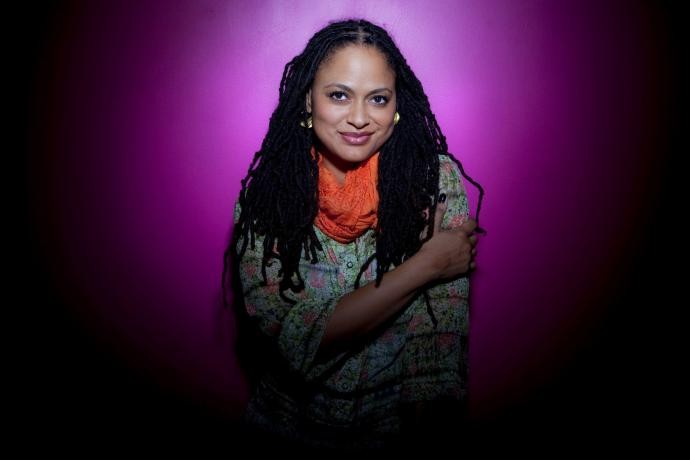 In all of her films, director Ava Duvernay creates nuanced portraits of reality—portraits where strength blends with loss and composure blends with instability. It’s the balancing of these contradictory elements that grants honesty to Duvernay’s work: Her characters are flawed and these flaws humanize them on screen. When Duvernay started directing, she aimed to create alternative narratives for women of color, who are too often pigeonholed into niche markets. In both I Will Follow (2010) and Middle of Nowhere (2012), Duvernay handled her characters with honesty and delicacy, whittling away tired tropes.

When I spoke with Duvernay last month, she touched on both her handling of women characters and her most recent film, Selma. Opening nationwide on January 9, the biopic of Dr. Martin Luther King Jr. guides viewers from Selma to Montgomery, Alabama, during the 1965 voting rights marches. Fifty years after he led these marches, Selma captures the complexities of Dr. King. The film is a poignant portrait of injustice, a study on activism, and a careful examination of the man at the helm of that struggle. 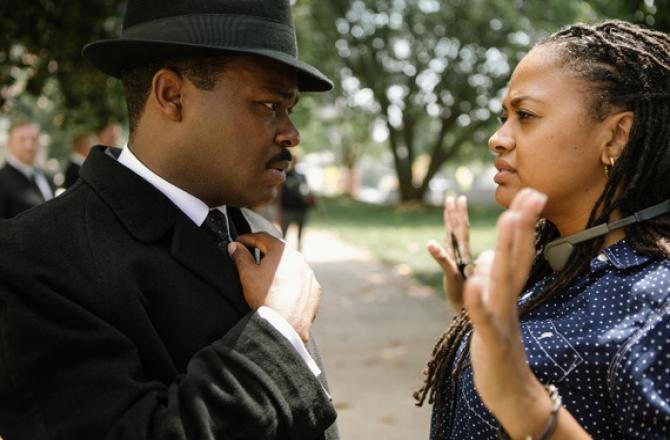 BRIANNA KOVAN: When you approach a subject as mythologized and as layered as Dr. King, how did you decide what to focus on?

AVA DUVERNAY: I could only focus on what interested me, and you know, I’m not interested at all in making a movie about a statue or a speech or a holiday. I make movies about people, and so I have to figure out who he was and try to get to the heart of Dr. King as a man. So that was the first way in. I wrote and directed a film about an ordinary man who did extraordinary things, as opposed to an extraordinary man.

Why did you focus on the 1965 marches versus other parts of the movement? What about the marches interested you?

Well, I’m an African American Studies major from UCLA. I’m a Black woman who’s very much a student of American history, especially as it relates to people of color and women. These marches are hands-down—for any student of the civil rights movement—a really easy time period to hone in on, because it was so robust, so full of everything that really epitomizes this movement. It was an alarmingly dangerous time. It was a time when the most people died on Dr. King’s watch. It adds tremendous success. It adds dramatic flare, with three attempts at a march and only the final one succeeding. It’s rife with all of the emotional challenges of this time. We know that he was quite depressed, that he was battling issues of ego and guilt, and that his marital problems were coming to the forefront. So, you know, I just think that for folks that know his life, this time of his life is one of the more dense and textured episodes of a really epic life, and so it was easy to say, “Let’s do that part.”

Given the emotionally dense content, what was the most challenging scene to film—either a specific scene or a collection of scenes?

Well, the film kind of swings between epic and intimate, so you’re really trying to give it scale in terms of three very large, sweeping marches that were all sweeping for different reasons. Some had scale and more people. Some had less people but lots of violence. And then you’ve got intimate moments with him and his wife, with his friends, and even more intimate when he’s alone. So trying to balance the tone of him in both instances was a big challenge, as opposed to one particular scene. Just always looking at the scenes and trying to match tones as you swing back and forth between exterior moments and interior moments for him emotionally I would say was the most challenging.

That sounds like such a complex film and perhaps an exhausting production?

No, I was never exhausted making the movie. I was invigorated every time.

Did everyone on set feel that invigoration?

I hope so. That’s my job—to try and infect the set with the type of energy and atmosphere that you hope provides a space for folks to do their best work. I see a lot of beautiful performances in the film. I see a lot of amazing work by craftspeople, the production design, the casting, the cinematography and editing and music and costume and hair. So I know how it felt. We had a really nourishing time—those are the words I’d use for me and for others around me, so I hope I was able to do that.

Most of your previous work focuses on nuanced, strong Black women. With Selma, you’re shifting pretty substantially from that genre. Do you ultimately want to transition back? 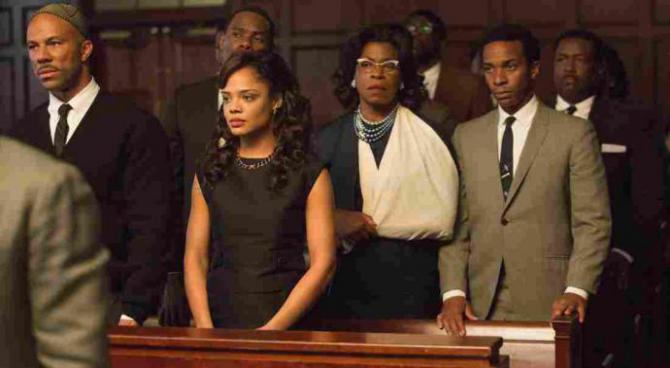 When I think of Dr. King, I’m sure that the mythologized person in my head is really a group of people—many of them the women you’re referring to. How do you balance humanizing Dr. King while also showing this collective effort?

I think you do humanize him through showing the group effort. I mean, no one stands alone. He’s not a statue. He was a guy from Atlanta, who was the son of a preacher, who was the grandson of a preacher. He didn’t even want to be a preacher. He goes to Alabama instead of going back to Atlanta for school, because he didn’t want to be under his father. So he starts in a small church in Alabama and people recruit him to make a speech about the bus boycott, and there you go. Next thing you know he’s swept up in history. You know, that’s not a statue. That’s a man who you track and you understand. By knowing who he is, it helps you understand the greatness of what he did. He was just like you and me. By doing that, you have to show the people that supported him, the people that encouraged him, and the people that dissuaded him. It’s crucial to show the band of brothers and sisters who were around him if you want to prove he’s a man and not made of marble.

What’s been the general response from the Black community to your success and your work?

Well, Selma’s just starting to move out there, so I haven’t really had any dedicated screenings for the negro kinfolk. [Laughs] But the folks who have been sprinkled into the two screenings we’ve had have been very, very happy—are very supportive. And when I think of the Black community, I just think of the warmth. You know, there are haters everywhere, but more over, I’ve had nothing but warmth, open arms and encouragement and empowerment. So much of what I’m doing is to please myself, and by pleasing myself, I’m pleasing a Black woman, I’m pleasing women, I’m pleasing people of color. That’s what my focus is.

In working with Selma and on previous films, have you found that Hollywood is generally supportive of your work? Is the “boys club” shifting at all?

[Laughs] No, I don’t think that it’s shifting.

Does that affect how you approach the future and future films?

I’m always optimistic about the future. I don’t care what anybody’s doing over there. I know what I’m doing. So there can be a club over there and that’s cool. If I want to walk through there, great. If I’m invited, great. If I’m not, I’m doing my own thing, so I don’t think of it that way. I don’t think of it as a “boy’s club” that I have to break down the door to get into. That’s too bad it’s a boys club, but I’m just making my own stuff with people who I want to make it with. And the people that want to come see it come see it. And the ones that don’t, don’t. That’s just art. That is what it is. 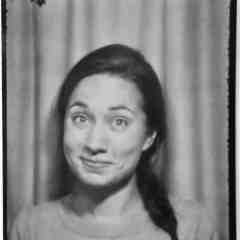 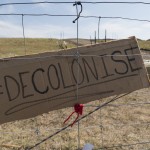