Why Does Our Society Undervalue Domestic Work? 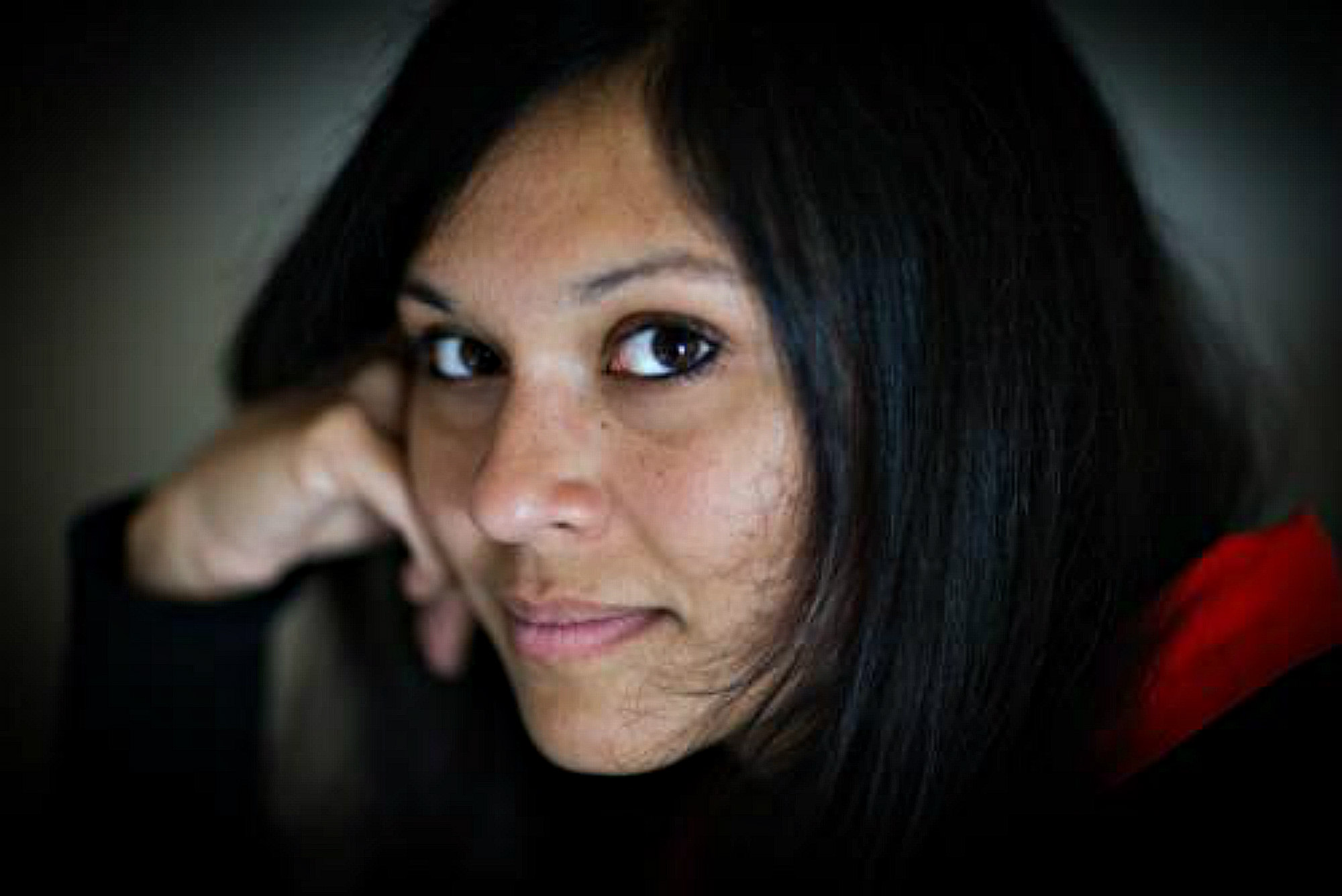 As a child, Sheila Bapat watched her mom do all the housework. Abroad, visiting family in India, she saw her female relatives do the same. Over at her friends’ houses, she observed their moms take care of all things domestic as well—politicizing Sheila from an early age to see the relationship between gender, justice, and domestic work. In her new book, Part of the Family? Nannies, Housekeepers, Caregivers and the Battle for Domestic Workers’ Rights (Ig Publishing), Sheila has studied these relationships and the workers on the forefront of demanding justice.

In the current print issue of Bitch, the Tough issue, Sheila wrote an article called “Out from the Shadows” about the growing visibility of domestic workers onscreen and off. Thanks to the National Domestic Workers Alliance and other activists, domestic workers—including housekeepers, caregivers, nannies, and more—are now fighting for their long-overdue labor protections. I talked with Sheila about the movement, her new article in Bitch, and the racist reasons domestic workers have remained “in the shadows” of the labor economy.

Tell me about the domestic workers’ rights movement. What are they fighting for? Is there something special about this point in time that’s making the movement gain so much steam?

You might say the birthplace of the movement was New York City, where in 2001, Ai-jen Poo—the head of the domestic workers movement and in many ways the key spokesperson—was working with domestic violence victims. [Read Sheila’s interview with Ai-jen Poo in the Believer here.] She observed that many of these women were immigrants and domestic workers, and understood that if these women could provide for themselves and provide for their children, they wouldn’t be stuck in situations where they are being physically abused.

All of that energy helped start the domestic workers movement: ensuring fare wages, minimum-wage guarantees, and overtime guarantees for nannies, homecare workers, and housekeepers in the state of New York. These are workers who are often expected to work 12 to 18–hour days. Sometimes 24-hour days, sometimes three-day shifts at a time without any break. The movement is fighting to demonstrate that this is hard work and should be valued in our labor policy.

At the federal level, activists have done very well working with the Obama administration to change long-standing regulations that deny homecare workers overtime protection and minimum-wage protection. That being said, there’s many states throughout the country that are raising their minimum wage—I think Delaware, Rhode Island, and West Virginia—but they’re still excluding homecare workers. I think that’s a testament to how far this movement still has to go to show that domestic work is real work and it needs to be included within minimum wage increases, just like everything else.

Why is it that domestic workers—unlike other professions—don’t have these protections already?

There’s many deeply systemic reasons for this that are rooted in racism and in sexism in the United States. In 1938, the Fair Labor Standards Act was passed, which guaranteed workers minimum wage and overtime protection. We also passed the National Labor Relations Act around that time, which guaranteed many workers protection to collectively bargain and unionize and things like that. But both of these big, big laws (and many other New Deal labor protections that President Roosevelt enacted) actually excluded domestic workers and agricultural workers.

Domestic workers and agricultural workers were African American in that period, overwhelmingly so. And in order to pass this legislation President Roosevelt had to strike a deal with Southern legislators who did not want to grant equality and wage laws for African American workers. It’s deeply racist and it’s a legacy of slavery that we’ve excluded these deals from basic labor protection for so long. It’s also a deeply sexist problem. These are sectors—nannies, homecare workers, housekeepers—that have historically been viewed as “women’s work” and therefore deemed of less economic value. We just assume, in the United States and abroad, that there will be someone to do all of the cooking, all of the cleaning, all of the care work for very little pay or no pay at all. It’s connected to the fact that there’s no paid family leave in the United States and in many other countries. The idea of having welfare protection and couples’ benefits for people who just get home and care for children is a radical idea. People are deemed “welfare queens” if they get any public benefits if all they’re doing is raising their children.

Let’s talk about the article you wrote in the new issue of Bitch, “Out from the Shadows,” which discussed the visibility of domestic workers on screen. Can you talk about what you wrote about?

First of all, that was an absolutely delightful article to write and I enjoyed it so much. It’s so fun to kind of talk about your favorite television shows and analyze them in light of the domestic workers movement. The piece basically argues that while we’re starting to see really impressive policy changes to labor laws in this country—ones that recognize the value of domestic work and to bring that work out of the shadows—we’re not seeing the same phenomenon in entertainment.

Often the stories told in entertainment industries are those of people who hire housekeepers and nannies and caregivers. We continue to see these repeated narrative of marginalized domestic workers, and I think it’s troubling and problematic that you can have a really great series that is enjoyable to watch, but that still tends to perpetuate the invisibility of domestic work. For example, Mad Men—Matthew Weiner has created a fabulous show and there’s an opportunity there for some very exciting and hard-hitting gender analysis—but I think it’s an opportunity missed in some ways in terms of class. Some would argue that the hyperbole of it is the point, but I still think it kind of fails to tell an important story about America in the 1960s.

We’ve talked about pop culture, but how can people change how they talk about and think about domestic work, so that we really start shifting the conversation and culture at-large?

I think becoming educated about what domestic work is and why it has economic value is really important. Certainly, Part of the Family gets into a lot of those basics: Domestic work is essential to everyone’s ability to go out into the world and be productive in another environment.

It’s also talking about the issue in various ways. Barbara Ehrenreich has done an amazing amount of work in terms of talking about poverty and poverty alleviation. She describes it as, we need to start seeing domestic work as work because we don’t see a clean floor or a clean bathroom or a fed child or a bathed child as work. We see them as the absence of something being wrong. Whereas if there’s a dirty home or a dirty bathroom or children who are unruly and unkempt—that’s a problem, but we don’t see the solution as laborious.

There have also been attempts to influence popular culture and to leverage existing pop cultural icons. The Help, which came out in 2011 (and which we also talk about it in my article for Bitch), is one of the only major movies that focuses on the workers themselves rather than the employers. Certainly there were a lot of problems with that movie and the book, the perspective is certainly a bit problematic, but I think that the domestic workers movement has done a good job engaging with the actors who acted in that movie. Octavia Spencer has been supportive of the movement, and key women in pop culture like Amy Poehler have been supportive of the California domestic workers bill of rights. And that’s all really, really important in terms of shifting people’s minds and hearts and helping people understand that domestic labor is in fact actual work.

I think one of the things that I admire so much about the domestic workers movement is how many different approaches they take. It’s community organizing and leadership development of workers themselves. But it’s also regulatory changes, changing labor law and policy. It’s an impressive amount of success for just a 13-year period.

Check out Part of the Family? at Ig Publishing, follow the National Domestic Workers Alliance online, and get a copy of the “Tough” issue to read Sheila’s piece, “Out from the Shadows.”