Islam and Feminism Are Not at Odds. | Bitch Media

Islam and Feminism Are Not at Odds. 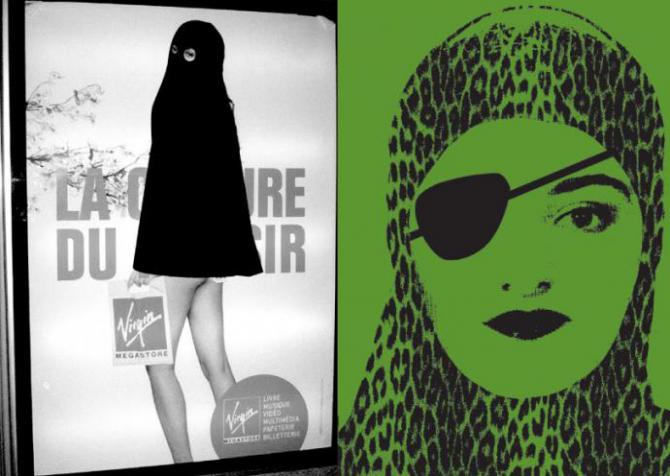 On a sweltering day in Jakarta, I met Maria Ulfah Ansor. It was late 2002, and I had just arrived in Indonesia to study women’s activism for my dissertation in sociology. Maria Ulfah was then the head of the young women’s division of one of Indonesia’s largest Muslim organizations, Nahdlatul Ulama, which provides services and charity to millions of Muslims in Indonesia. My reading about Islam and feminism led me to expect that she would consider feminism, women’s rights, and gender equality to be foreign, Western, and un-Islamic. Yet as she sat across from me in her cream silk headscarf and matching modest outfit, she spoke passionately of reproductive rights for women, including access to contraception and the morning after pill.

When Islamic women show up in Western pop culture, they’re often portrayed as oppressed and silent. Over and over, Islam is discussed as if it’s an inherently misogynistic faith—from France banning women from wearing hijabs, to feminist group Femen attempting to “liberate” Muslim women by declaring a “Topless Jihad Day” to the continued and constant scrutiny around how Muslim women dress. Films like the The Stoning of Soraya M reinforce American views of Muslim societies as violent and backwards, while the female characters in the TV show Homeland, while thankfully not voiceless, oscillate between being sinister terrorist accomplices and CIA collaborators.

But if you take time to talk with Muslim women in Indonesia about feminism, you’ll find that Islam and women’s equality are not inherently at odds. Instead, as I write in my recent book Mobilizing Piety: Islam and Feminism in Indonesia, a significant number of activists in Indonesia use Islam as a way to build support for women’s rights.

Indonesia is has the most Muslims of any country in the world—nearly 90 percent of the 250 million Indonesians are Muslim. Indonesia is unusual because of its eclectic heritage: Hindu-Buddhist until the arrival of Islam in the 14th century; colonized by the Netherlands; and governed by a military dictatorship aligned with the US from the late 1960s until 1998. I had spent a year there as a high school exchange student, so when the country began to democratize in the late 1990s, I was eager to study how women’s activism was part of the exhilarating changes. I spent nearly two years there between 2002 and 2008 studying women in four organizations: Solidaritas Perempuan, an NGO which advocates for the rights of women who migrate for domestic work overseas; the small Muslim NGO Rahima, which focuses on education about women’s rights in Islam; Fatayat, which provides a range of services and programs for women; and women in a growing Muslim political party called the Prosperous Justice Party (PKS), which seeks a stronger role for Islam in the state.  As a sociologist, I volunteered with these four groups, interviewed their leaders and members, and observed their workshops, staff meetings, and demonstrations. 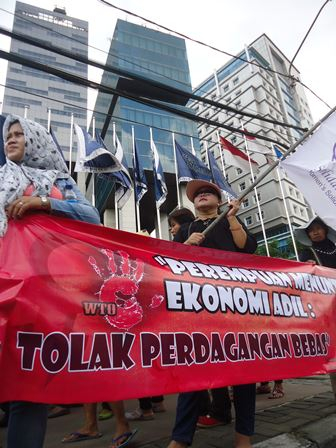 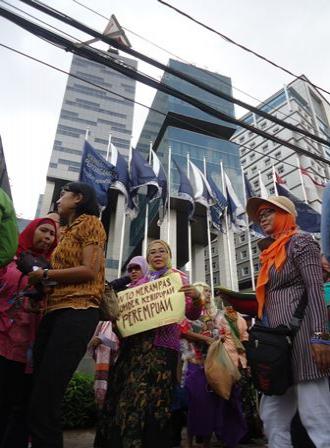 In the 1990s, Islam began to occupy a much more prominent place in the Indonesia’s public life. Young women were adopting the headscarf in large numbers, Quranic study classes became de rigeur, mosques sprouted up everywhere, and people even began using more Arabic names. Democratization brought freedom, and this strengthened the Islamic wave. While this wave was largely peaceful, religious extremists also emerged. In the aftermath of 9/11, many Indonesians were angered and shocked by American foreign policy.  Some felt that the War on Terror was a war on Muslims. Indonesians were also affronted by American and Western media portrayals of Muslims as terrorists and extremists. One young woman I met at a workshop introduced herself to me by pointing at her clothing and saying only half-joking, “I am not a fundamentalist.” By the time the US invaded Iraq, anti-American sentiment strengthened, and more conservative interpretations of Islam gained popularity.

The first activists I met when I arrived warned me that it was a challenging environment for women’s rights advocacy. Although Indonesia has a history of women’s mobilization, and women have always been economically active in much of the country, women’s rights and feminism were increasingly being labeled as “Western” and “American.” These were not good labels in such a polarized situation.

Most of the women’s rights activists I met were well aware of extremism, as it made their work more difficult. They said that local people viewed them with suspicion. The foreign funding they depended on could easily discredit them. As one Fatayat volunteer told me, people reject anything that “smells of America.” In such an environment, I sought to understand how they understood and incorporated Islam and feminism in their activism, at a time when these ideas were frequently viewed as irreconcilable.

As I initially expected, there were indeed women who rejected feminism and equality as un-Islamic. For example, women in PKS explained the party’s general view that the Quran specifies different but complementary roles for men and women. I also met a few feminists who were determinedly secular. But in the three other organizations I studied, I found a significant number of devout Muslim women who advocated for equality and rights for women, even though many shied away from calling their work “feminist.” These activists were inspired by a wide range of ideas, including Muslim texts and traditions.

One of the things that captivated me right away was the strong emphasis of these avowedly Muslim women’s rights activists on religious interpretation. This emphasis was evident in casual office discussions as well as in their more formal work.

Like all religions, Islam is interpreted and practiced in different ways. Some Muslims tend to see religious texts as fixed in their meaning. On the other hand, in Indonesia women’s rights activists and other progressives argue that the Quran should be understood in its historical context. In their view, multiple interpretations of the texts are possible, the reformist spirit of the Quran should be taken into consideration, and that the meaning of the text should be aligned with the needs of the present.

These differences come to a head over specific cultural issues, like polygamy (which is currently legal in Indonesia but has restrictions).  The more conservative groups like PKS tend to argue that since polygamy is allowed in the Quran, it is simply a part of Islam and cannot be rejected. Those with a more progressive view who use contextual interpretations don’t dispute that it is in the Quran, but they maintain that it is not compatible with women’s rights, and therefore goes against the egalitarian spirit of Islam. 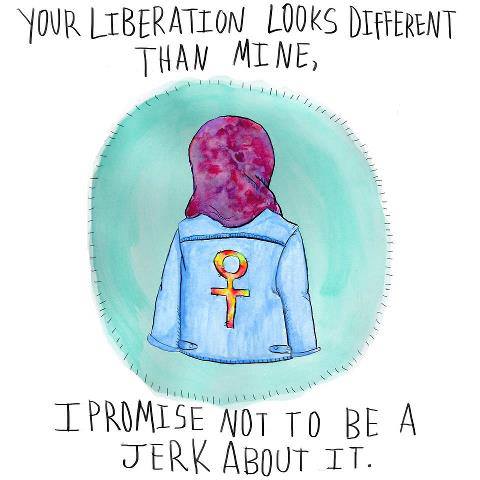 I was fascinated to see that Muslim women’s organizations such as Fatayat and the small NGO Rahima publicized egalitarian interpretations of Islam in order to demonstrate to the public that women’s rights and Islam are fully compatible. For example, Fatayat developed a “gender training” series for its branches around the country. The gender training curriculum for the training explains the concept of gender, and talks about how Islam gives women a role in public life, encourages them to be educated, allows them to work, and so on. Some Fatayat leaders such as Maria Ulfah have been outspoken about social issues, including polygamy – she has published articles in newspapers and magazines arguing that polygamy contravenes the Islamic spirit of justice, and using historical and theological research to explain why it was permitted in early Islam but is not appropriate for the contemporary world. Similarly, at a workshop in Jakarta, Fatayat invited a theologian, a doctor, and NGO activists to discuss female circumcision and the group parsed religious texts and came to the conclusion that Islam does not require girls to be circumcised.

Outside the cosmopolitan capital Jakarta, not all Fatayat leaders have been as enthusiastic about gender equality as Maria Ulfah. Most Fatayat branches are more focused on religious events for women, but the organization is a vital local source of information about women’s health and other issues. By the time I concluded my research in 2010, the global situation was calmer and so was Indonesia. Indonesian women continued to face many challenges, especially with respect to health care and access to well paying work and financial institutions. But being able to make arguments for women’s rights that are grounded in Islam is a crucial aspect of empowering women in a society where religion has become such an essential part of everyday life and politics.

In fact, activists like these are one node in an emerging international Muslim feminist movement. While there have long been advocates for women’s rights in Muslim societies, this movement emphasizes the compatibility between Islam and feminism. Muslim feminism actually emerged in the 1990s in Iran and Malaysia. As I saw in Indonesia, this activism uses contextual interpretation as a method to discover a basis for equality and rights in Islamic religious texts, emphasizing the importance of understanding religious texts with reference to their social and historical context. Many of the key figures in this global movement are scholar-activists with a deep grounding in Islamic theology. The transnational network Musawah, which focuses on reforming family law in Muslim countries, has been an important recent leader of such activism, as has WISE (Women’s Initiative in Spirituality and Equality), a global organization advocating Muslim women’s rights. The Malaysian group Sisters in Islam and the British organization Maslaha are more local examples.

Yet Muslim feminism seems to have more traction in Indonesia than in other places. While Indonesian Muslim women’s rights activists can only point to a few legislative or policy victories, such as a 2004 law criminalizing domestic violence, they do have a sense that they have helped to influence discussions of gender in Indonesia. One difference may be that many Indonesian women have long participated in economic life, giving them somewhat more mobility and power than women in other parts of the world. Another key variable is Indonesia’s democratic environment, with a civil society that gives many voices a chance to flourish. In the case of Fatayat, the connection to Nahdlatul Ulama is a significant source of legitimacy. Indonesia’s acceptance of multiple Islamic interpretive traditions is beneficial as well. And finally, as increasing numbers of Indonesian women are trained in Islamic studies, their credibility as scholars and interpreters of the religion grows. As Lily Zakiyah Munir, one of Indonesia’s most prominent Muslim feminists once said, “In Indonesia, we say that we are feminists. We work for women’s rights but we are still Muslim.”

Rachel Rinaldo is a sociologist and author of Mobilizing Piety: Islam and Feminism in Indonesia. 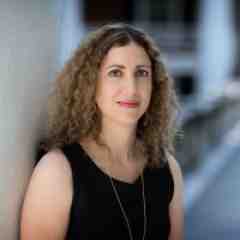