It's No Surprise That the Oscars Snubbed "Selma" | Bitch Media

It's No Surprise That the Oscars Snubbed “Selma” 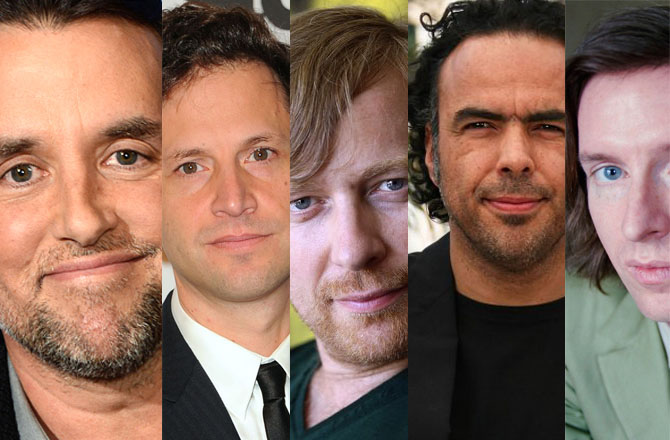 The snubbing of director Ava DuVernay’s historical drama, Selma, at the Golden Globes and the Oscars is troubling—especially to people who create and analyze media, like me. There’s little doubt that Selma, which is the first major film to decentralize the Reverend Dr. Martin Luther King Jr.’s role in the Black Freedom Movement (or Civil Rights Movement), is deserving of accolades. DuVernay’s amazing exploration of the lives of the organizers and activists who strategized with Dr. King to orchestrate marches from Selma to Montgomery, Alabama in an effort to pass the 1965 Voting Rights Act has been thrust into the world at a time of social unrest.

Selma reflects the political efforts of protestors from Ferguson, Missouri to New York, where the extinguishing of Black lives is propelling potential policy changes, such as mandating all police officers to wear cameras. Yet, this landmark film—and all it represents—was shut out from any wins in all the major award categories at the Golden Globes, including Best Director, Best Actor in a Drama, and Best Drama. Now, it’s nominated for Best Picture at the Oscars, but Ava Duvernay was passed over for a Best Director nod—the directors competing for the award are all men. Perhaps a more accurate name for the Oscars.

It’s worth noting that the Oscars nominations for the actor categories are the whitest they’ve been in 15 years: the last time every nominated actor was white was 1998. The failure to recognize the triumph of DuVernay’s film isn’t coincidental.

Awards such as the Golden Globes and the Oscars serve as an announcement of what Americans consider visual masterpieces. Winning coveted awards can catapult a film—and its stars—from obscurity to massive acclaim (just ask the cast of The Color Purple or Lupita N’yongo). The Academy Awards, in particular, serve as “a central cultural and political text that’s overloaded with all kinds of meanings” according to Andrew O’Hehir, senior writer at Salon. One of those meanings could be how films that center the lives of Black folks are perceived by those tasked with measuring its worth, and why that often translates awards being handed out overwhelmingly to white men.

It’s not surprising that DuVernay and her film were snubbed. Hollywood has historically, and continues to, have a race problem. Comedian and actor Chris Rock recently highlighted Hollywood’s lack of inclusion in a blistering essay for the Hollywood Reporter. Rock referred to Hollywood as a “white industry” that is predisposed to hiring the same actors time and time again, rather than attempting to diversify their screen offerings. Furthermore, as Rock points out, some of the people running the “Black division” of studios aren’t people that have worked with other black people in their professional careers. Voting academies, like the Golden Globes and the Academy Awards, are a reflection of this racial blindness.

The Los Angeles Times did an exhaustive demographic survey on the Academy Awards voters in 2012. Their findings were dismal. Oscar voters are overwhelmingly white and male, with 94 percent identifying as white and 77 percent identifying as male. People of color, including Blacks and Latinos, comprise less than 5 percent of the Oscar voters, which is a disservice to films like Selma, which tells a crucial aspect of Black American history, and may not resonate with some voters. Khaled A. Beydoun, the Critical Race Studies teaching fellow at the UCLA School of Law, and Priscilla Ocen, an Associate Professor of Law at the Loyola Los Angeles School of Law, explored how little the Academy Awards reflect the collective conscious of the movie-going public when they wrote their take on the Oscars last year:

“Old, white men are making movies, casting them, and determining which performances merit an Oscar. Their racial worldview, combined with their political sensibilities, dictates diversity, structures the images of colour we consume as moviegoers, and shape the way we perceive our lived realities.”

The Golden Globes, Academy Awards, and other awards ceremonies don’t often see the value of telling Black stories, especially when those narratives aren’t encroached by whiteness. Ava DuVernay has been clear in her refusal to depict President Lyndon B. Johnson as a “white savior” who sparked the idea to march from Selma to Montgomery. In her interview with Bitch, DuVernay also explained the importance of centering Black women in all of her work, including Selma. She said, in part, that “there’s no world in which I’m interested in telling stories where we are not there.”

Placing Black women as protagonists, rather than sidekicks, is a dangerous preposition, even for a Black female director. It cost Steven Spielberg at the Academy Awards when he presented an adaptation of Alice Walker’s The Color Purple to the world. Yet, that is a price an artist, like DuVernay, is willing to pay time and time again. It is a penance often paid by movies that tell the stories of Black folks. The refusal to recognize films that center the experiences of people of color—especially Black Americans—is a tradition among awarding councils.

While 12 Years a Slave is a film for the ages, the Academy Awards’ refusal to recognize films released within the same season—such as the profound Fruitvale Station as well as the triumphant The Butler—signaled to people of color that our stories, our histories, our very way of moving through the world is irrelevant to those deciding which art matters. The Academy Awards and the Golden Globes tell us what movies are the best—and thus drives our public consciousness as well as our dollars.

Disappointment is an adequate, and reasonable, response to the snubbing of DuVernay and Selma. But what is most compelling is Ava Duvernay’s decision to remain unbossed and unbowed. She recognizes that Black lives matter, no matter how much the Oscars attempts to diminish our art, our stories and our histories.

<p>There has to be a more fair and unbiased way of voting for Oscars. Although Selma deserved these accolades, there are many movies which are not even worth of such appreciation in Oscars, which is by far the most appreciated and biggest award function for the cinema industry! <a href="http://samsuggalaxynote5.com">Here</a> however let's see how the changes that have been very slow take place over next decade in the industry and in how Oscars are given to these celebrity directors.</p>

Actually Ava DuVernay was nominated for the Golden Globes.

She deserved to win. The Golden Globes were so white they should have been called the Snow Globes.

No, she didn't. Inarritu deserved to win for the tour de force directing on Birdman.

I could care less about awards, and am sick and tired of award-show-after-award show dominating the entertainment media virtually every week now. Whatever I enjoy watching, listening to, and reading as entertainment is not about "stars," "ratings," "critical reviews" (More often than not, I find what too many critics dislike very enjoyable) especially appeasing the entertainment-industrial-complex that profits from it 24/7. What entertains me, and many others, is what appeals to our BEINGS. The ONLY awards deserving in entertainment should be audiences reacting to, caring about, and appreciating what they see, read, and hear. Trophies? Schmophies! (Sorry if that last word I made up sounded offensive to anyone)