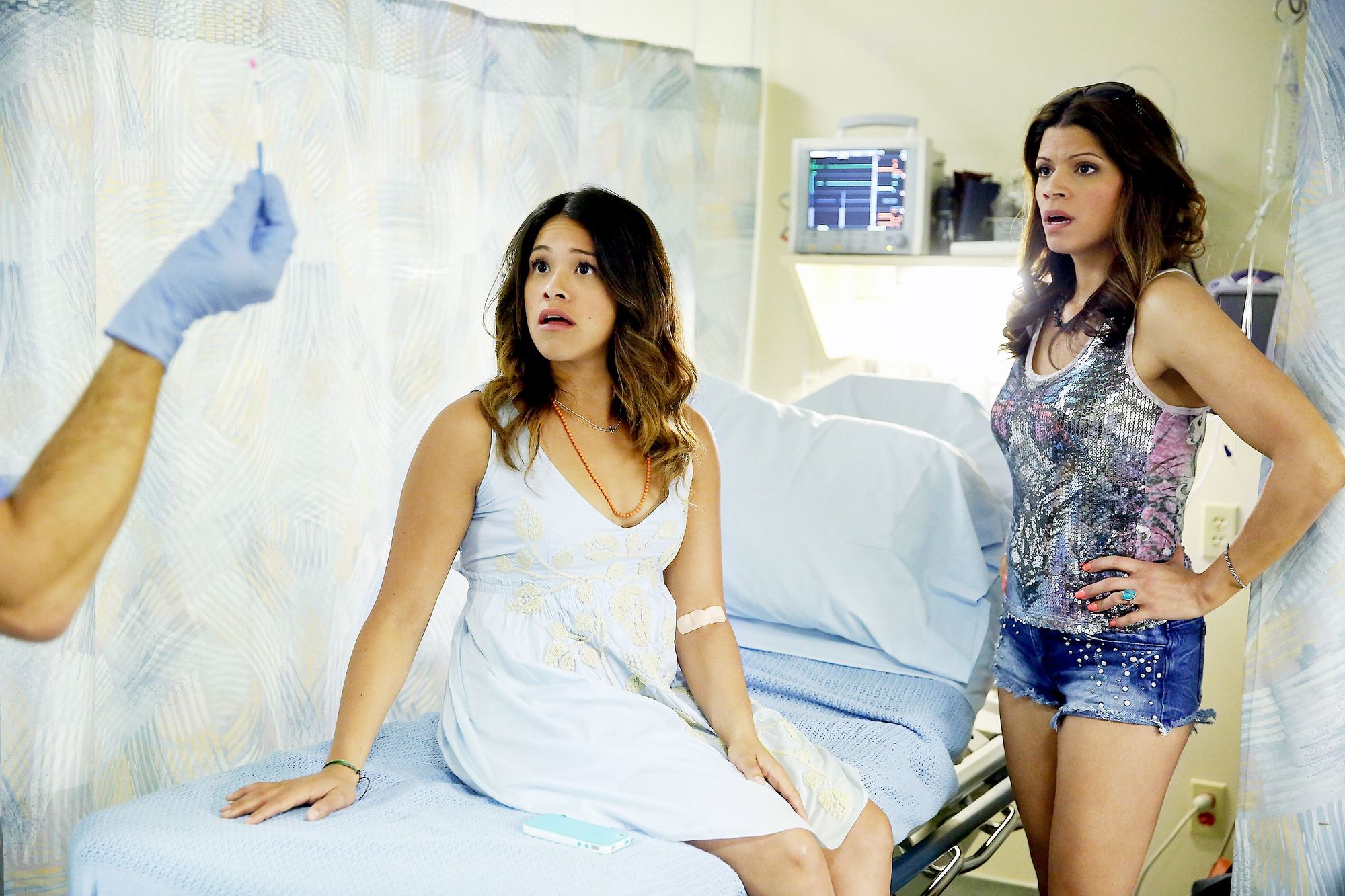 If you’re not the type to pay close attention to entertainment news, you could be forgiven for thinking that HBO’s Girls is the only comedy on TV about what it means to be a woman in your early 20s. You could also be forgiven for mumbling a confused “Who?“ at your television screen when Jane the Virgin star Gina Rodriguez climbed the stage earlier this month to accept her Golden Globe for Best Actress in a Comedy Series, beating out more established favorites like Edie Falco, Julia Louis-Dreyfus, and, yes, Lena Dunham. You could be forgiven, but you should also repent right now, because the CW’s Jane the Virgin, which returned last night for its “mid-season premiere,” uses its wholly unbelievable premise as a jumping-off point to present one of television’s most realistic and relatable narratives about a young woman’s process of defining her identity.

Jane the Virgin, which is based on the Venezuelan show of the same name, has already received plenty of critical praise for its unique style—one part whimsical soap opera, one part parody of whimsical soap opera—its clever voiceover narration, and its sharp comedic handling of a totally wacky accidental-insemination premise. But Jane’s greatest strength is Jane. We’ve recently had an unprecedented bounty of TV shows focused on the struggles that young women face while trying to figure out who they are—Girls, Broad City, hell, even New Girl, sometimes—but it’s impossible to ignore the overwhelming racial and class dynamics of these shows. Collectively, they can make figuring yourself out appear to be an act of privilege, instead of an essential part of growing up that everyone is entitled to. The cruelest criticism of these shows goes along the lines of “Women with real problems don’t waste this much time trying to find themselves.”

Jane Villanueva has real problems. In addition to becoming accidentally pregnant, Jane is a working-class Latina who has to worry about her grandma’s undocumented status and whose absent father turns out to be a grade-A jerk. Her personal demographics make Jane the kind of woman who’s usually written as a paper-thin caricature on TV, a barely-sketched-out young woman who’s trotted through someone else’s coming-of-age show for an episode or two. But Jane’s search for herself is treated as one of her most pressing real problems, too—just as pressing as the over-the-top calamities that seem to constantly invade her life. Jane the Virgin resonates with viewers, I think, because her hopes, dreams, and worries are given real weight on the show. Jane wants to be a writer, but she isn’t sure that pursuing her dream will be worth the cost (especially to her family). 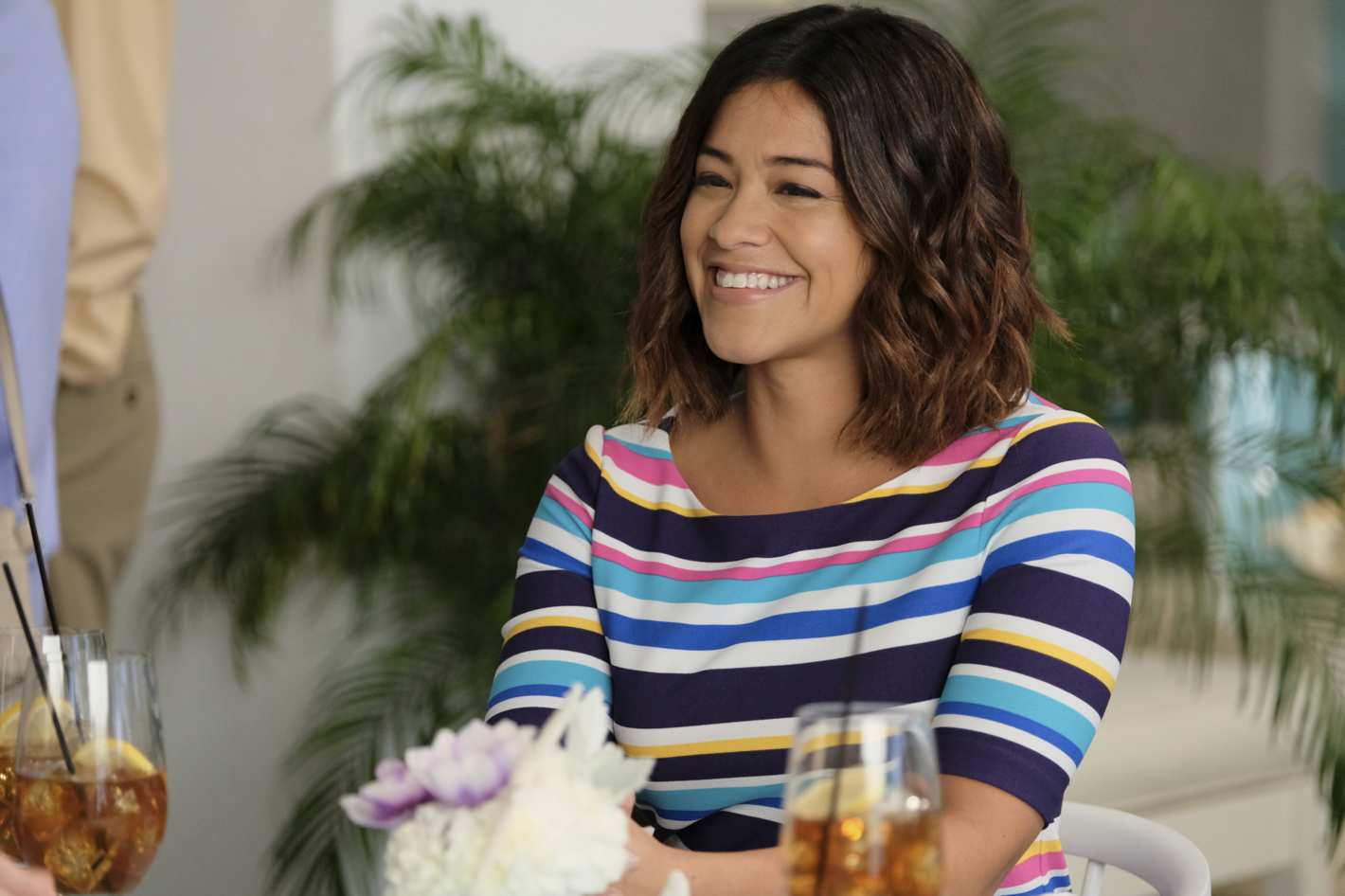 Gina Rodriguez as Jane Villanueva in Jane the Virgin (The CW)

She can’t decide if her flashy nightclub singer mother is an inspiration or an embarrassment. She can’t pick between her two suitors because she doesn’t know exactly who she is yet. She wants to be a good woman but she’s not sure how. Jane’s search for self isn’t as flamboyant as the anti-heroic theatrics of Hannah Horvath from Girls, but it is just as real, just as meaty, just as complicated. Jane’s culture and methods of self-exploration are different than her party-prone Brooklyn peers, but her desire to figure out who she is and what she’s really made of is similar.

We’ve been living in the age of the female anti-hero lately, which cool—hey, it’s taken long enough, right?—but it has also been limiting. As one can see by simply scanning the list of Golden Globe comedic actress nominees, the easiest way to connote depth in a funny female TV character right now is to paint her a few shades beyond completely tormented, to make her a drug addict or a drug mule or just a runaway train of a narcissist. As cool as it is to have these distinctly non-traditional characters wield such cultural power, our popular female anti-heroines seem to imply that their level of introspection and self-awareness comes with a price, that searching for yourself has no place in the lives of women who strive to lead kind, compassionate lives. Jane strives to lead a kind, compassionate life—but that doesn’t make her boring or shallow. Quite the opposite, in fact. Watching this nice, generous character trying to be emotionally authentic with the people that she loves is one of the most moving acts on primetime TV.

Jane is nobody’s savior and nobody’s anti-heroine: She’s simply a woman trying to remain tethered to her true self, because it’s her only chance of creating a better life. Finding out who she truly is isn’t a privilege for Jane. It’s a life raft.

Relevant: “Jane the Virgin” Has a Surprisingly Progressive Take on Sex 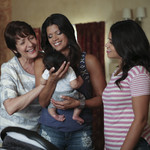 by Hannah Steinkopf-Frank
The fact that the show devoted an entire episode to the topic of abortion is significant.