Jian Ghomeshi’s Case is Not About a Kink—It’s About Abuse. | Bitch Media

Jian Ghomeshi’s Case is Not About a Kink—It’s About Abuse. 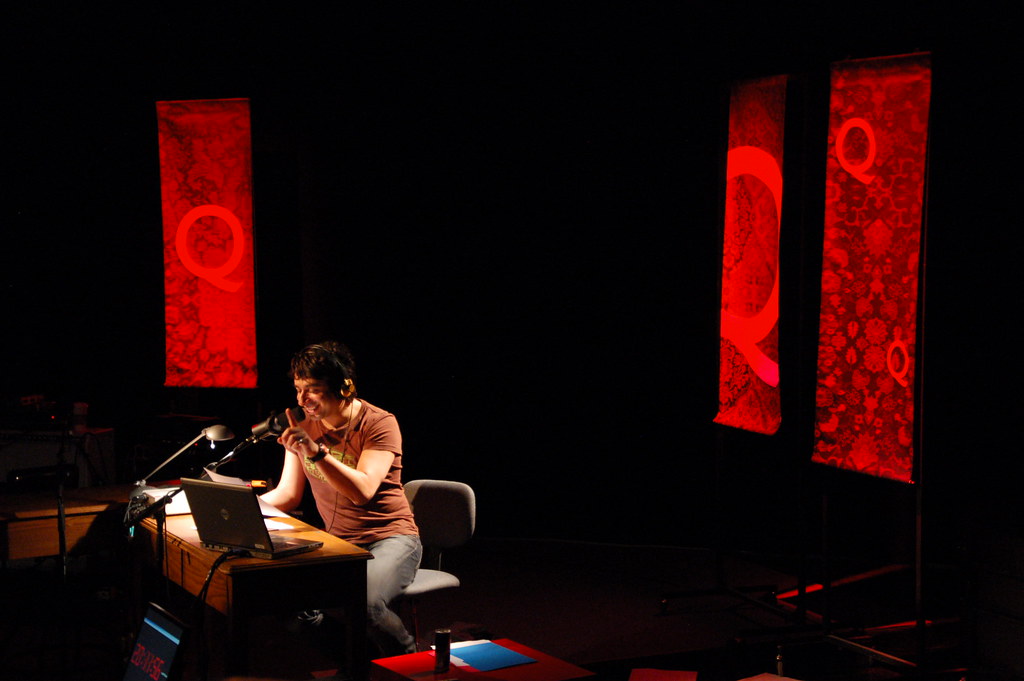 Jian Ghomeshi in the studio of CBC radio show Q in 2009. The station fired Ghomeshi last month in light of sexual harassment allegations and his “aggressive” treatment of women. Photo by Derek Miller.

I found out about broadcaster Jian Ghomeshi’s now-infamous harassment and abuse allegations when a friend posted a link to Ghomeshi’s Facebook post saying he was fired from the CBC for having a kinky sex life. In his description of events, Ghomeshi said he was about to be vilified in public by a jilted ex-girlfriend and other women whom she’d pulled into a conspiracy to destroy him. Under the link, my friend had written, “I think I’m going to need this crew here as this story unfolds.” The crew in question was that of queer Leatherfolk and BDSM practitioners. We’re kinda used to being alternately bashed and exoticized in the media, and this looked like it would be an example of the bad kind of attention.

Ghomeshi has been a beloved figure in Canada: he’s a well-known broadcaster and long-time supporter of Canadian artists. Many people were shocked to hear the accusations against him and wanted to think the best of him.  But over the coming days, several more women spoke out anonymously against Ghomeshi with their own stories of sexual assault, each with strong similarity to the last: intent romantic interest followed by sudden, brutal, non-consensual violence. Later in the week, two women making accusations braved the public eye and disclosed their names: actor and Air Force captain Lucy DeCoutere, and lawyer and author Reva Seth. The number of women accusing Ghomeshi of inappropriate, violent behavior is now up to nine. 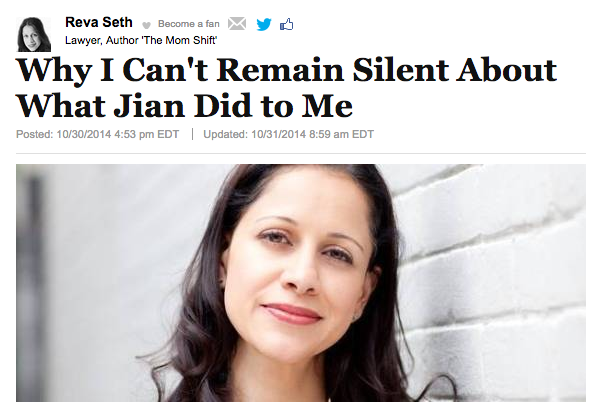 The CBC fired him because “what they saw, in their opinions, was far more aggressive and physical than anything they had been led to believe during months of discussions.” His PR firm dropped him because the company believed Ghomeshi lied to them. If I’m curious about anything to do with Ghomeshi himself at this point, it’s mostly that I’d love to know if he believes himself. Does he really, genuinely think his nine accusers are making it all up and he’s been terribly maligned? Or does he know he’s lying and is simply using his considerable media savvy to execute the best possible strategic manoeuvres he can (and, largely, failing)? Some say he’s a classic narcissist. Others think he’s just extremely strategic. The answer doesn’t change the accusers’ experiences one bit, but it might clarify how all the strange elements of this story come together.

Right now, I think it is more important to listen to the voices of the survivors themselves, domestic violence and sexual assault support workers, and the feminist scholars and activists who specialize in understanding sexual assault and the reasons it is so often under-reported. The Canadian media is doing an unprecedented good job of showing interest in this angle already—let’s push hard on that in the hopes of continuing a conversation that’s relevant to all assault victims, regardless of the stories their attackers would prefer to tell about what happened.

Beyond Ghomeshi, let’s also talk about institutional power, about how laws and policies are set up so that women have a difficult time reporting sexual violence against them and getting appropriate and sufficient help if they do. Rape and sexual assault are often extremely difficult to prove. A system that treats them with the same approach as it treats crimes against money and property is at best poorly suited for the job. How might we like to change that system? Let’s talk about ideas.

Beyond formal systems, let’s talk about rape culture and interlocking social systems of oppression that make it easy to perpetrate sexual (and other) violence. Racism and colonialism mean that Indigenous women and women of colour are under-served and often outright abused by law enforcement and medical services. Migrant workers, live-in domestics, undocumented residents, and other poor and marginalized women stand to lose so much by rocking the boat that they may choose not to report.

Under our current laws, many sex workers are forced into the most dangerous possible work conditions with less negotiation power and fewer safety options than ever before; and police themselves have a long history of abusing sex workers. Incarcerated and institutionalized women are highly vulnerable to abuse. Trans women suffer under rampant transmisogyny. Queer women are marginalized in countless ways by homophobia and biphobia. Women with disabilities and elderly women may have limited access to the systems that could help them; be seen as inherently un-sexual and therefore un-rapeable so not believed when they speak up; and depend for care on the very people who may be abusing them. Crushing student debt (or just plain poverty) and limited job options mean that young workers in many fields simply can’t afford to lose a job or limit their career options by speaking up about harassment or assault on the job.  The challenges are compounded for anyone—and there are many—living at the intersections of two or more of these realities.

It is no surprise that the two women who have, to date, revealed their names and faces in the Jian Ghomeshi situation are established, middle-class professional women with all the classic markers of credibility. Think about it. Who else could?

Most of Canada isn't talking about consent as the main issue, we understand it to be abuse/assault. Also, three women have now come forward to police.