Jillian Tamaki Talks Comics, Mutants, and Why Canada is Awesome 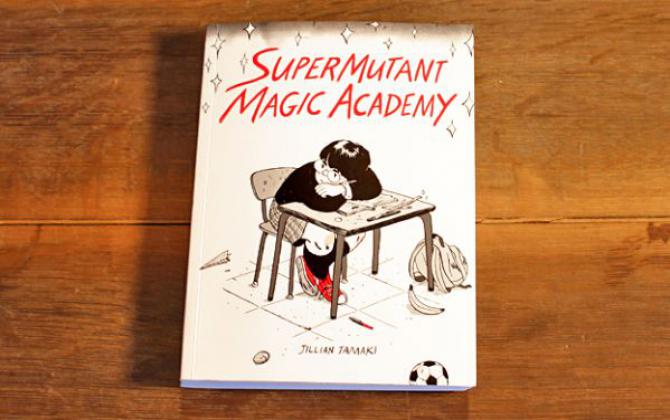 Tom Spurgeon of the Comics Reporter called it: This is going to be Jillian Tamaki’s monster year.

As an editorial and comics illustrator for publications like the New Yorker and the New York Times, Tamaki’s work has been in the ether for ages. But last year, her comic This One Summer (a collaboration with her cousin Mariko Tamaki) floored readers, winning the first-ever Caldecott Medal for a graphic novel. The pair also collaborated on the 2008 graphic novel Skim, which focused on an outsider girl at a Catholic high school and won the Ignatz award for best graphic novel.

Next week, Drawn & Quarterly will release Tamaki’s newest book, SuperMutant Magic Academy. This book collects strips from Tamaki’s long-running webcomic about the SuperMutant Magic Academy, a Hogwarts-like school for mutant and witch children. At the school, we meet the deeply philosophical Everlasting Boy, who can never die. We meet lizard-headed Trixie, who wants to be a model. And then there’s long-suffering nerd Marsha, a half-Korean witch whose unrequited crush on upbeat fox-girl Wendy threads through the whole comic.

The collection is smart, thoughtful, and too hilarious to gobble down in one just sitting. Jillian Tamaki was kind enough to be interviewed and explain a little more about her world. 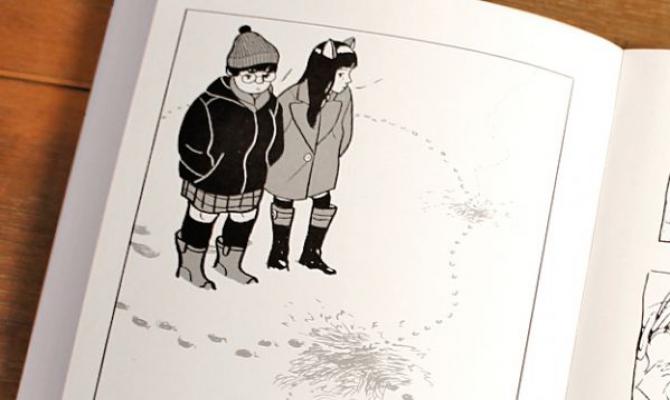 SUZETTE SMITH: Something that I love about SuperMutant Magic Academy is the way the story unfolds more like a traditional funny book than a narrative graphic novel. The reader learns about the characters in a Charlie Brown-esque exposition of short gag strips as opposed to the opening scene of a graphic novel where your main character is standing atop a mountain saying something like “This is the winter of our discontent.” I know that you’ve said before that you read Archie comics growing up, were any other comics inspired to you?

What gives it that serialized feel that I published it as a webcomic. With that format you’re really limited, even with dimensions. How many pixels work for Tumblr affected the shape of the comic—it’s one of the reasons the comic is 2x3 panels, 550 pixels wide. It is interesting to read it as a book because it has a really different effect than if you encounter it online, strip by strip, every couple weeks. Is it in the middle of a bunch of other things? Is it the middle of the night because I posted it at 1am? That context is suddenly gone and replaced by a different kind of context, just reading them one right after another.

The book is so funny. It was actually hard to read all at once.

Yeah, I have no problem if someone wants to put it in their bathroom.

There were so many webcomics where I find myself thinking, “This is really cool. I want to read it from the beginning” but it’s a pain to read a webcomic if you actually want to read it from the beginning. People are more than happy to buy the book because it’s a really different experience to read a book. People understand that you’re giving this away for free [online] and that somewhere down the road they might be asked to pay for it. There are people that are more than happy to do that because you provided them with entertainment—for four years—intermittently.

I don’t think there’s any one main character. I ended up gravitating towards Marsha but that wasn’t intentional. They’re all elements of the same brain, shades of one personality.

I like Everlasting Boy and his exploration of constantly being alive. What inspired this character who has always been alive and will never die?

I had done the Marvel Strange Tales with a real superhero. That was a fun job but I realized I was more interested in [superhero] Dazzler’s weird relationship with her older lover or her day job of trying to be a musician. That was way more fun to think about than her using her super powers. I had this idea of starting a comic with a really stupid concept. What would be a superhero that would intrigue me? With Everlasting Boy I was thinking of his power as a curse. There’s nothing heroic about it. He just has to live with it. That continued with the others. I liked not having to explain what everyone’s superpowers were for, how they used them, or what they thought they were about. There’s just humor in that for me. Typically you’re supposed to give meaning to a superpower to give it a reason for existing. But sometimes with life there’s no reason.

I would forget they even had powers. Like the character Francis, for example, who mostly just runs around the school doing wonderful performance art.

Yeah, some of them are witches and some of them have super powers. Marsha is just a half Korean witch. Wendy is a mutant but they all have to learn magic. I mean, this is honestly the most I’ve ever thought about it. [laughs] Sometimes things don’t have meaning and it can be a curse to try to imbibe things with meaning.

Congratulations on winning the Caldecott honor! Did that feel different than winning the Canadian Governor’s Literary Award last year, since that award comes with a $25,000 check?

With the Caldecott Medal it’s a different equation. It means you’re going to sell more books because it gets on the radar of every librarian in the country. I understand how that feeds into allowing me to make a living doing it but it’s not like a direct: Here’s a check. It was shocking to get that kind of money from the Governor’s Award and Mariko and I split it.

It’s so funny. All my US artist friends can’t believe the money you get from the government when you’re Canadian. Honestly, it’s truly wonderful and a gift. It’s truly awesome. It’s like—we’re so lucky. I don’t know that Canadians know how good they have it. Every book I’ve done has been funded in-part by the government. I think that really helps.

Books are really expensive, especially for small publishers.  Recognition is great but people need to live! People need to be able to have an apartment and a space and a level of comfort.

As you’ve written to a YA reader base, have you ever have to take anything out to keep a book YA-appropriate?

I had to put a bra on one character in SuperMutant Magic Academy. That was the only time where I was like “Yeah, okay. I understand.” It was a nod to the fact that they had just had sex, which was not YA friendly. I do feel like SMMA is for 16 or 17-year-olds who are clearly aware of sex. But I didn’t care about changing that detail. It didn’t effect the story and they let me keep another one where Frances is streaking. There’s nothing sexual about that. She’s just streaking. 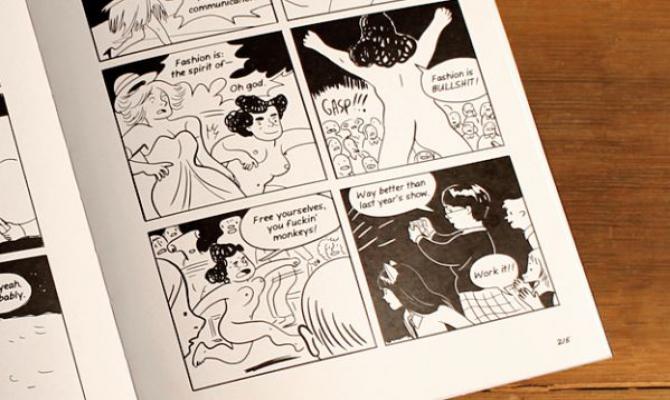 Did you have any backlash with This One Summer or Skim?

I don’t actually consider that my problem. Librarians chose the book and our publisher chose the book and they all clearly agree that it is a YA book. In terms of categories, it was actually quite surprising when Skim was bought by a kids publisher and they said, “This is a YA book.” We had no background or aspirations to penetrate that market. I think it’s great that they trust kids. Kids can handle hearing about oral sex. They can see a kid smoking and not immediately want to go smoke 15 cigarettes.

You’ve said before that you feel very strongly as a feminist. I wonder if you want to say what that means to you?

I’ve never even questioned being a feminist because I feel that I have personally benefitted from political feminist movements, given the fact that I can go to school or vote or wear pants. I just feel like all those things I have benefitted from were really hard fought. When I was younger in college or high school, there were a lot of very smart women I knew who were progressive in a lot of ways that would refuse to call themselves a feminist. It used to drive me bonkers. How did you get here? How did you get to the point you can go to college? You can have boyfriends. You can live with your partner without being married. You can be on birth control. How do you think you got to have that position of privilege? It was political action by really brave women! I’m glad that at least that word is present again and it’s not a dirty word like it was when I was a little bit younger.

In terms of personally, I’m trying to be conscious and to present women’s issues and be conscious of the bigger feminist picture in all areas of my life: my personal life, my professional life, my political life. That’s why not every woman is strong in our books. To see them as whole human beings is unfortunately less common than it should be. That’s always been important to me, even in illustration work.

Jillian Tamaki is touring SuperMutant Magic Academy from the end of April through the beginning of May. Her new mini-comic Sex Coven is also available from Youth In Decline publishers.

Suzette Smith has always been and will always be. She writes about culture, comics, and film. Follow her on Tumblr and on Twitter @suzettesmith.