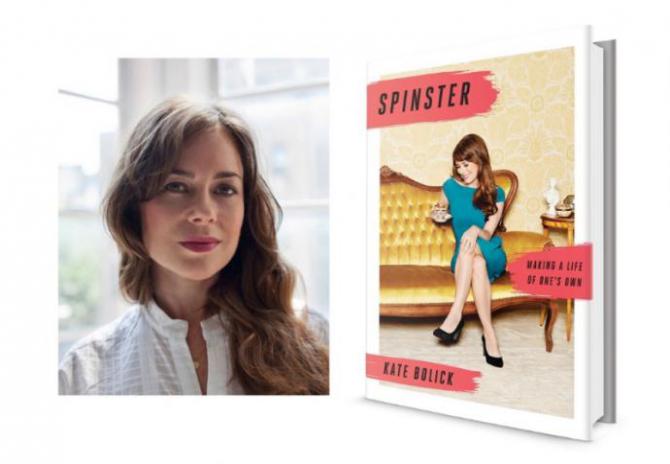 Cultural critic Kate Bolick’s first book, Spinster, is part memoir, part cultural commentary on the changing nature of marriage and relationships. In descriptions of her own dating life and reflections on being young and single in New York, Bolick asks readers to rethink what being single means for women. For much of human history, women have been forced to define themselves by whom they marry—so what does it mean that women can now forge their own independent lives? In her book, Bolick weaves together her own life story with thoughts on the lives of five writers she calls her “awakeners”: Maeve Brennan, Neith Boyce, Edith Wharton, Charlotte Perkins Gilman, and Edna St. Vincent Millay. It’s a holistic book that pulls in psychology, history, statistics, literature, into one story. While sometimes I felt overwhelmed by the amount of information, I really enjoyed the freshness of Bolick’s voice, which is both emotionally real and incredibly empathetic. She’s not only kind to the women she discusses and their different choices in life, but also to the men she herself has left behind in her personal journey of spinsterhood. The latter felt important to me because unlike a regular “dating memoir,” Bolick’s description of spinster goes beyond being single or uncoupled.

What do you think women of different generations will take from Spinster?

I have so many hopes for the book. My biggest hope, creatively speaking, was to replicate the sensation of conversation. I want the reader to feel like she’s engaged in a deeply personal and dynamic discussion with someone who’s done all the reading and research on the topic at hand, and is excited to share it—but is also someone who can be talked back to, and argued with. The opposite of didactic, or polemical, is what I mean. That’s why I go in and out of memoir, biography, history, and cultural criticism, but filter everything through my point of view.

This approach is fundamentally vulnerable. So far, responses are suitably all over the map, and often have more to do with a woman’s life stage and relationship to feminism than her generational cohort. Young women in their twenties write to say they love the book for showing them a world of possibilities they hadn’t known existed. Lifelong spinsters in their fifties and beyond say they see themselves reflected in my pages. Middle-aged divorcees are saying, “Where was your book when I needed it? I’ve always considered myself a feminist, and yet still I married that jerk—I thought I didn’t have a choice!” Radical second-wavers in their 60s and 70s are saying either, “Right on,” or, “We figured this out already; you’re not telling me anything I didn’t already know.”

Message-wise, I wanted to show the long history of women living well alone, because that story hasn’t been brought to a wide audience.

What do you think the political ramifications are of both the concept and the practice of spinsterhood?

In a culture that continues to be organized around marriage and the nuclear family, declaring oneself a lifelong spinster is a radical act. It means living outside the social order, not getting tax breaks, and weathering whatever weird looks come your way.

Note, though, that I’m not drawing that line in the sand for myself, and I’m not advocating that everyone should (or even can) be a spinster. Partnering with the right person at the right time can be wonderful. But being alone can be wonderful, too.

A few of the women writers you mention throughout the book eventually get married or have been married. What do you think being a spinster means in a relationship?

Technically, a spinster is a woman who has never married, and is past her era’s understanding of “marriageable age”—which changes with the times (in the 1970s, 23 was the average age of marriage; today it’s 27). Whether or not she has romantic relationships, however, with women or men, is anyone’s guess, and I find that combination of autonomy and inscrutability to be a very appealing way to think about being single. If a spinster has a lover who graduates to the status of “partner,” for lack of a better word, and she starts to make significant life decisions based on him/her—for instance, moving in together, or moving somewhere for the relationship—then it’s time for her to turn in her badge. For those who have never been single, or have been coupled for so long they can barely remember their pre-coupled existence, I think the idea of the spinster can be a really useful reminder that each of us contains an independent self that needs to be nurtured.

I really liked how you talked about your past relationships with respect and affection, which I don’t really see in stories about dating and looking for marriage. What do you think the spinster mentality means in terms of dating?

Thank you for noticing that. It was tricky to write honestly about my past without going in too deep; I wanted to keep the emphasis on the women I write about, not my romantic life. As for spinsters and dating, I’m going to let Edith Wharton speak for me. From a letter she wrote to a friend: “I believe I know the only known cure, which is to make one’s center of life inside one’s self, not selfishly or excludingly, but with a kind of unassailable serenity—to decorate one’s inner house so richly that one is content there, glad to welcome anyone who wants to come and stay, but happy all the same when one is inevitably alone.”

I was struck by the section on home décor in the book, about how one’s home is important to one’s expression of self. I do notice a lot of my female friends have ideas of what their homes on their own look like. Why do you think this is so important? And do you have recommendations or advice on this subject?

Recently a long-married woman told me that back when she lived alone, she always lived in one-room studios, because she loved the sensation of looking around and seeing all of her possessions in one place. I relate to this absolutely: It’s intoxicating to be mistress of your own domain, and know everything is right there within reach. For it to feel best, though, you need to think hard about exactly what you need—expressing yourself through your decor means paying attention to how it looks and how it functions. Think of your space as a one-woman rocket ship, where every inch counts.

Even with the concept of spinsterhood, I feel like there are definitely advantages to having a significant other, just in terms of income, the work of living, etcetera. How do you think one can work around those disadvantages when you’re single?

Actually, the streamlined economy of one is incredibly freeing. I know exactly where all my money is going, and because I’m the only one spending it, I get to decide what is and isn’t important. So, I can’t afford a car, or cable television, or a washer-dryer or dishwasher, or fancy vacations, but I rent a beautiful little apartment in a city I love, and I travel when I can, and at the end of the day I like how being solely responsible for myself has made me be so resourceful. Besides, living with someone means double the groceries, garbage, laundry…. There are truly upsides and downsides to both modes of being.

You also discuss your mother’s writing endeavors in the book. How do you think they made you think of writing as a profession?

There are so many answers to this seemingly straightforward question! My mother always wanted to be a writer, but didn’t find the confidence or time to start until her late 30s, and then, just as she began hitting her stride, she died of cancer, at 52. While she was alive, I considered myself to be a poet, and had zero interest in the freelance journalism she did, but losing her threw me into a grief so profound that I stopped writing poetry; five years later, I’d become a freelance writer myself. Once I did, I felt so grateful for the work ethic I’d learned by watching her.

Sulagna Misra is a freelance writer in Los Angeles and on Twitter. She cannot play the piano. 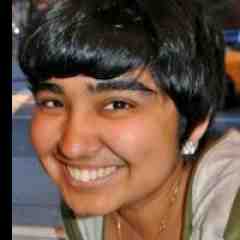 Sulagna Misra is a freelance writer in Los Angeles and on Twitter. She cannot play the piano. 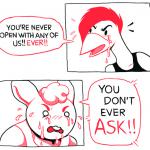