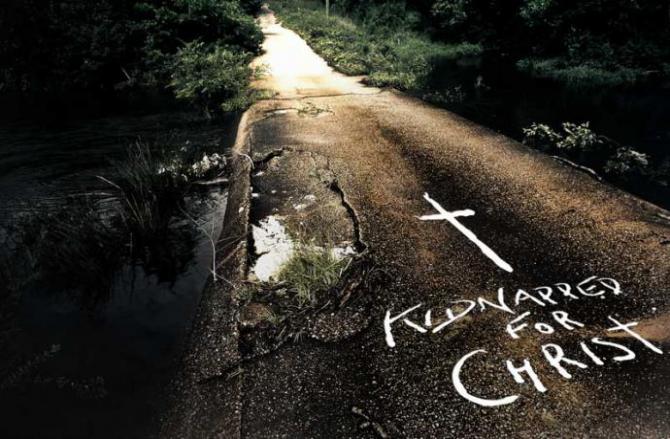 When we first meet fresh-faced director Kate Logan in new documentary Kidnapped for Christ, she’s a budding Evangelical filmmaker from a Christian college heading to the Dominican Republic to document a school for at-risk American teens. Named Escuela Caribe, the program is an expensive island retreat billed as a safe haven for wayward teens. As one of the camp directors steadfastly tells the camera, “We’re here to bring the prodigals back”—a reference to the Biblical story of the prodigal son who returns home from his wicked ways.

There’s a flaw with that argument, as Logan points out throughout her documentary, which premieres on Showtime on July 10th: The prodigal son returns because of a change of heart, not because he was sent to a strict boarding school. When Logan begins to interview the students, she discovers many were sent to the school for reasons such as reoccurring panic attacks, poor relationships with their parents, and coming out as homosexual. After they’re sent to the school, their lives were at the mercy of unregulated camp counselors, who the teens say had the authority to commit horrible acts of “reform”: making them run until they bled or lock them in solitary confinement.

Escuela Caribe turns out to be a textbook case in child abuse, a far different story from the original documentary Logan set out to make. As tensions and incidents escalate, she begins to question her Christianity and her involvement with the film. Fortunately, she decides to continue the project and tell the stories of her subjects.

There’s Tai, a 16-year-old sexual assault survivor who acted out and experimented with drugs before her parents sent her to the school prior a few months before to her first interview. Suffering from severe panic attacks, 15-year-old Beth is forced to ask staff members’ permission to enter rooms and was prohibited from ever using a knife or fork to eat. The oldest of the interviewees is David, a once-outgoing high school senior who is trapped in the program because—as his mother succinctly phrased it—she “could never love a gay son.” The film’s title comes from the common practice of parentally sanctioned “kidnapping” of their children to these programs, usually done in the middle of the night or early morning. 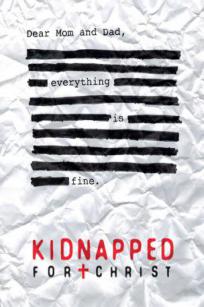 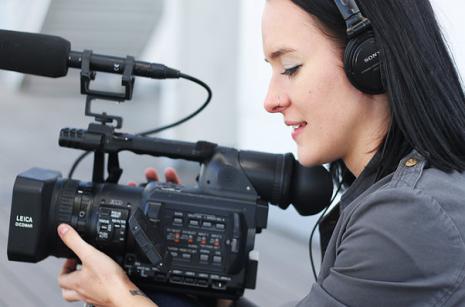 Filmmaker Kate Logan stayed at the school in the Dominican Republic for a summer to make her documentary.

Logan’s attempts to create an honest documentary are stifled almost from the beginning. Logan is moved off-campus after a loud scolding from a counselor wakes her one morning. A staff director looms over her shoulder incessantly during the shoot. Finally, she is forced to hide her camera and film her interviews from afar, cradling her mic to capture the frightened kids’ whispers. Logan becomes deeply involved in David’s story after she relays a letter to his friends telling them where he is and the friends attempt to spring him from the program. 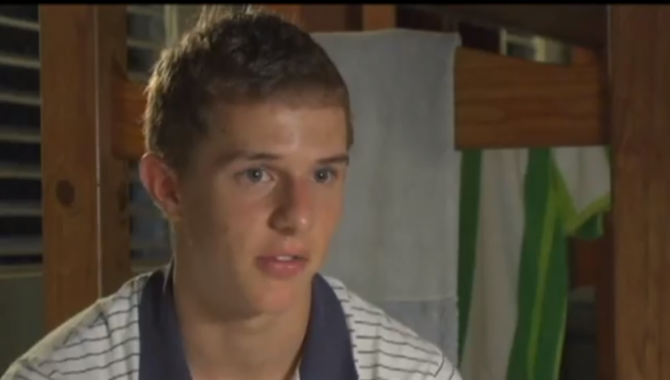 David’s parents had him taken from their house in Colorado in the middle of the night and flown to Escuela Caribe.

Kidnapped for Christ becomes a difficult exercise in how a documentarian can become a part of their own story and whether they should get involved at all. A few, like Morgan Spurlock and Michael Moore, fly in the face of traditional documentary filmmaking by jumping in front of the camera and provoking action, directing the story in a more aggressively way than the practice of standing back and letting a story unfold (think Grey Gardens or Gimme Shelter). It’s not evident in Kidnapped for Christ whether David’s attempted rescue would have occurred without Logan’s help, for example, though a core group of his friends, neighbors, and teachers were already planning the feat. Logan is present at almost every stage of the escape, which is great for the film, but draws questions to her involvement in the story. In these sequences, Kidnapped for Christ is feels a bit more like the moment in Moore’s Bowling for Columbine where he brings Columbine survivors to K-Mart to protest the sale of ammunition in their stores.

Beyond the activist-documentary debate, the movie itself is harrowing account of the multi-million dollar business that many American parents buy into to “fix” their children. Logan does an impressive job filling in the blanks of a dirty secret while never sacrificing the quality of her documentary. It looks astoundingly good, given the number of times school administrators stepped in to block her. Adult survivors tearfully share their stories, and one former Escuela Caribe staff member expressed the need for accountability. Eerily, the school at the heart of the movie is still operating under a new name and management, and Kidnapped for Christ closes with the disheartening fact that the program is still enrolling teens.

I remember seeing a mila kunis movie about this kind of place (wikipedia tells me it's called Boot Camp). I forgot about it till now, but it was pretty chilling. I don't remember if it was religious based, the camp. I kind of thought the tropical aspect was the cictionalized part but I guess not. this stuff is so disturbing.

I'm not really sure how a reasonable person could go there and make this movie and -not- try to help, whether or not it's publicity stunt esque or whatever. I wouldn't wanna watch a movie where they just watched kids get abused and were like "we can't interfere, this is a documentary".

I agree, this is spiritual abuse at the very least and this place should be shut down for the concentration camp that it is. If they don't want to be there they shouldn't have to, period. It IS kidnapping.

Sleep in, drink too much coffee, make vegan pancakes and read Bitch's weekly reader. That is how my Saturday mornings go now. And as much as I love the magazine, quarterly issues do not always have that up-to-date feel. The weekly reader short articles are amazing in that not only do they work well with my lazy weekends, but I can participate easily in activities and events that occur at specific times.

Like this intro to the documentary. Tragic, disturbing, and something I should know more about, and BAM, the documentary is on Showtime right now. Snagged a copy of Jesus Land too to read and share. Had never heard of SIA either, depressing it has to exist, but glad they are there.

Thanks Bitch, for bringing weekend-sized doses of feminism and a more manageable list of shit-I-should-know-about to my inbox.