In my last post, I wrote about (relatively) recent moral panics and the way they fixate on the foolish, experimental or wholly fabricated hedonism of teenagers or young adults. For this post, let’s take a brief look at some of the notable intoxication-related moral panics of the past:

History doesn’t necessarily repeat itself, but it does sound some of the same notes again and again. The newest drug – be it stronger booze, cocaine, opium or crack – is almost always hyped as both a threat to femininity and motherhood (rendering women unable to properly care for children, or unattractively aggressive, or more willing to engage in “deviant” sexual behavior) while somehow exaggerating the “other” characteristics already stereotyped and hyped in nonwhite races. 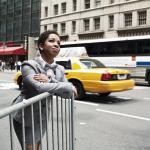