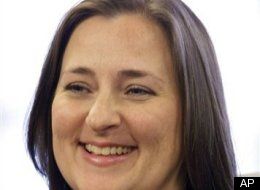 Believe it: pro sports just got more inclusive. Laura Ricketts is now an owner of the Chicago Cubs. She is also an out lesbian who serves on the board of Lambda Legal, which is the nation's oldest and largest civil rights organization for lesbians, gay men, bisexuals, transgender people, and people living with HIV/AIDS.

Laura Ricketts, who is 41-years-old, is part of her family's team of owners. She and her three brothers will serve on the organization's board of directors. Meet Laura and the Ricketts family in this Chicago Tribune video that introduces the baseball team's new owners.

Says Ricketts about her coming out experience, as quoted in the Windy City Times:

"I came out to my family I would say early to mid 30's. I think for a long time I wasn't really out to myself growing up in Omaha, Neb., to a Catholic conservative family. It took me a while to come out to myself and not long after that I came out to them. I think that it really couldn't of been a better experience. They were all immediately supportive. ... I have been really really fortunate in that regard." 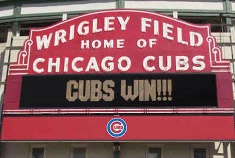 One of Ricketts' brothers (and fellow owner) opposes the legalization of gay marriage. Nonetheless, she says there is no bad blood between them, but rather, the political diversity in her family makes for "lively conversations"

"We don't agree on all the issues of the day, but when it comes right down to it, we are family and love each other and that doesn't – that never – changes," she said.

SheWired puts the news of Ricketts' ownership in context:

As OutSports.com notes, several major league sports franchises have been publicly traded. So there have probably been a few 'gay' team owners out there before. Laura Ricketts, however, is the first publicly known major league team owner.

NBC Sports tells a further story about the relationship between professional baseball and gay folks:


Not only has there never been an openly gay sports team owner before, but there have been next to no gay players -- at least none who were willing to admit it before their retirement.

There has been an openly gay umpire, Dave Pallone. But that didn't work out well for him. After he came out to the National League president at the time, he was fired on rumors of an alleged sex ring. A subsequent investigation proved the allegations were groundless. Pallone claimed he was fired for being gay.

Then there was Paul Priore, a clubhouse assistant for the Yankees who said he was taunted and ultimately fired because he was HIV-positive.

And then there's Glenn Burke, an outfielder with the Dodgers and A's.  In 1993, he came out, 14 years after leaving professional baseball.  At the time, he said he believed the Dodgers traded him because they suspected his homosexuality.

Ricketts' ownership in the Cubs isn't the first time Chicago has played a part in the story of gay sports professionals.  The first pro athlete to come out of the closet ever -- the NFL's David Kopay -- was a Chicagoan, born here in 1942.

Perhaps with a lesbian now on the board of a Major League team, some athlete will be able to come out of the closet while still working in a pro sport and not lose their job.

The Ricketts family bought the Cubs, Wrigley Field, and and a share in Comcast SportsNet Chicago from the Tribune Company for $845 million in a deal that was finalized last week. The Tribune Co. will retain a 5% stake in the baseball team.

Finally! I can be proud to be a Cubs fan.

Sadly this will make <a href=http://www.crosstowntees.com/gay_bar.html target=new>this shirt</a> even more offensive. I've seen people wearing this shirt. I assume they're all Chicago White Sox fans.

(For those not from Chicago, Wrigley Field [where the Cubs play] is just north of Boystown.)

Isn't there something strange about saying your family is supportive when at least one of them is actively against you having choices in your life? I have to say, that would cause more than "lively discussion" in my family.

Anyway, I don't know how much affect this will really have on MLB. After all, there were a lot of people who actively defended Ozzie Guillen's homophobic outbursts just a couple of years ago. I also don't know how much impact Laura herself will have, since this is one of those family ownership deals. Still, good for her. As a baseball fan, I'm happy to see something positive happen in MLB. 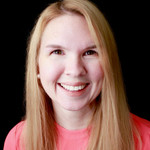 by Sarah Mirk
Jessica Luther talks about how she loves watching football—but thinks all the time about football culture’s attitude toward violence.