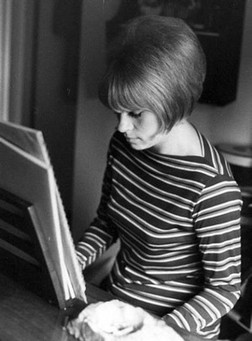 American singer, songwriter, and producer Ellie Greenwich died yesterday of a heart attack. Greenwich was best known for writing and co-writing such girl group classics as “Be My Baby” (The Ronettes), “Da Doo Ron Ron” (The Crystals), “Leader of the Pack” (The Shangri-Las), “River Deep, Mountain High” (Ike & Tina Turner), and many others. Greenwich and Jeff Barry, her former husband and writing partner, had 17 singles in the pop charts of 1964. 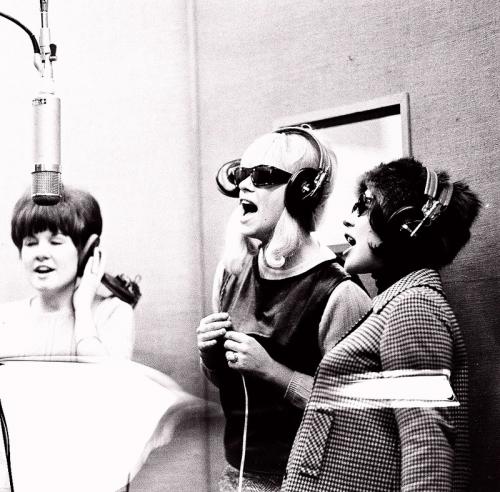 Eleanor Louise Greenwich was born on October 23 1940 in Brooklyn, New York, but moved to Long Island when she was 11. Named after Eleanor Roosevelt, she learned music from her Catholic father, a painter turned electrical engineer; her Jewish mother managed a doctor’s surgery. Ellie’s father played the balalaika and mandolin, but when friends from Germany gave the family a bulky Hohner accordion, she took lessons and learned to play it.

At 14 she formed her own group, the Jivettes, singing at schools and hospitals, and while still a schoolgirl, started writing her own songs. Two of these, Cha-Cha Charming and Silly Isn’t It, were recorded by RCA in 1958, but the single flopped.

Rejected by the Manhattan School of Music because it did not accept accordion students, Ellie enrolled at Queens College to study piano and later at the private Hofstra University on Long Island. After graduating, she briefly taught English at a high school before choosing a career in music.

Admittedly, I didn’t know much about Ellie Greenwich prior to hearing of her death, but the songs she wrote are some of my all-time favorites (coincidentally, I was listening to The Shangri-Las when I saw an article on her passing). It is clear that Greenwich was a resilient artist and gutsy lady, once telling Phil Spector, “Listen to me, you little prick. Did you come to look at yourself or to hear my songs?”

In the early 60s, Greenwich entered the Brill Building and
revolutionized the world of chaste, crinolined girl groups. With her
husband Jeff Barry and other collaborators, she co-wrote some of the
most potently sexual pop songs of the era. It was her ear for the drama
of feminine love, combined with the tempestuous production of the
legendary Phil Spector,
that gave the world the urgently beautiful “Be My Baby,” “Leader of the
Pack,” “He Kissed Me,” and “River Deep, Mountain High.” She was also a
pioneer among female music producers (a field that remains dominated by
men), working most notably on Neil Diamond’s early hits “Cherry Cherry”
and “Kentucky Woman.”

While she never achieved her own goals of becoming the American Dusty Springfield, she not only inspired a Tony Award and Grammy Award nominated musical based on her life, but she also is a member of the Songwriters Hall of Fame.

Ellie Greenwich, queen of the girl group sound, you will be missed.

The Ronettes - “Be My Baby”

The Shangri-Las - “Leader of the Pack” 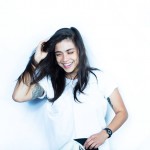 by Emilly Prado
25-year-old Fabi Reyna is dedicated to celebrating female musicians who are often overlooked or discouraged.