Two YA Authors Explore Life After the Bomb | Bitch Media

Two YA Authors Explore Life After the Bomb

We all know (or should) about the horrific effects of the U.S. bombing of Hiroshima and Nagasaki during World War II. Authors Ellen Oh and Julianna Baggott both draw from this sickening point in history to explore even more dystopic aftermaths of post-bomb life.

In “The Last Day,” one of the most powerful pieces in Diverse Energies, a collection of dystopian YA sci-fi that includes many characters of color, author Oh wonders: what if no one knew about the effects of the atomic bomb? What if, even after the decimation of Hiroshima and Nagasaki, the Japanese emperor continued the war?

“The Last Day” is set in Japan and every character is Japanese. Unlike in the actual World War II, gender is irrelevant in who the government chooses to conscript for the army. A strongarm group, The Women’s Brigade, is charged with drafting new recruits and shows no sympathy for the mothers lamenting the losses of their husbands and children in the neverending war.

The conscription age is lowered again and again as the Imperial Army of the Heavenly Father demands new recruits to fight (and die). If a family refuses to surrender their child to the army, the child is arrested and executed, their home and belongings confiscated, and the family publicly condemned as traitors to the Empire. At the start of Oh’s story, fifteen years into the war, the conscription age has been lowered yet again and twelve-year-old Kenji hears the Women’s Brigade forcibly removing his newly-eligible fourteen-year-old neighbor for military duty.

War efforts have starved the country. As Kenji hears the patriotic rhetoric of the Women’s Brigade, the frightened cries of his neighbor and her mother’s weeping, the reader also sees that Kenji’s family (like so many others) exist on meager food rations. The hunger is “an ever-present demon that ate away at his stomach.” If not for the scavenging prowess of his friend Akira, Kenji and his family would have starved long before. And there are reports of whole cities that have been wiped out—the buildings and structures are still standing, but the populations within have vanished.

Readers don’t need to stretch their imaginations very far to see a world where “crazed patriotic fever” sweeps away empathy. Living in wartime is a dystopia in and of itself.

Julianna Baggott’s novel Pure also explores the aftermath of the bomb (called the Detonations) and, in doing so, looks at how nuclear attack has altered human kindness and consideration.

Pure takes place nine years after the Detonations killed countless people in what’s left of the United States. The survivors are divided into the elite, who are protected inside a Dome, and the “wretches” who live outside. These “wretches” are literally fused with whatever they were touching when the Detonations occurred. Some are permanently connected to glass or nearby birds blown onto them. Others are fused to the earth or to damaged buildings, morphing into flesh-eating monsters known as Dusts. Strikingly, mothers in gated communities are fused to their young children, who have stopped aging.

Seven-year-old main character Pressia Belze was clutching a doll when the Detonations killed her mother and fused the doll’s head permanently to her hand. She lives with her paternal grandfather, who lives with a handheld electric fan embedded in his throat. He reminds Pressia that her mother was a beautiful Japanese woman. Now sixteen, Pressia has no memory of her mother, from whom she inherited her sleek black hair, or her father, a light-haired accountant from whom she has inherited a light dusting of freckles.

Even before the Detonations, society (at least in the U.S.) was on its way to becoming an authoritarian dystopia. The Dome itself was constructed to allow the most powerful and privileged to survive the Detonations. A movement called the Return to Civility seek to control behavior and, like some radical conservative movements in real life, advocate for a return to a past that they see as less threatening. Feminine Feminists promote restrictive gender norms and women who defy these norms are sent to rehabilitation centers, though men who abuse their wives suffer no consequences.

Like in “The Last Day,” there is a conscription of survivors. Outside the Dome, every child, regardless of gender, is taken by the OSR (originally Operation Search and Rescues, but soon changed to Operation Sacred Revolution) once they reach age sixteen. Those who are deemed unfit to fight are used as target practice. Pressia fears that, with her doll’s head hand, she will end up a live target. Inside the Dome, children are also assigned roles. Boys are given radiation and medical treatments to enhance their speed, agility, strength, and intelligence. Most girls are spared these treatments, since they might affect their reproductive capabilities. However, if authorities deem a girl unfit for reproduction, then treatments proceed.

Baggott directly references Japan, the atomic bomb and its hideous fallout, even rewriting parts of her book to reflect the very real atrocities of Hiroshima and Nagasaki, but to say more would spoil the story’s denouement. But, while Oh’s story references Japanese culture and practices, Baggott’s does not.

Although the Detonations occurred less than a decade earlier, they seem to have wiped out most culture and heritage. Pressia’s grandfather, who proudly refers to himself as Scotch-Irish, does not seem to pass on aspects of either heritage to Pressia. He also does not attempt to teach her anything about her Japanese heritage (although that could be explained as his not knowing very much about his daughter-in-law’s culture). This leads Pressia to note, “Japanese, Scotch, Irish—these things no longer exist.” Oddly, her grandfather has taught her about sauerkraut even though Pressia has never had an opportunity to try (or even see) it.

Pressia Belze is a girl of color who survives dystopia. In contrast to some of the other books in which girls of color have survived, or even those in which cultural signifiers have survived even if specific ethnicities have not, Pressia’s racial heritages and cultures have disappeared with the Detonations.

Ellen Oh is Asian American. Julianna Baggott appears to be white. And so, once again, I’ll leave readers with this question: How much do an author’s own race and ethnicities influence how she perceives the survival of culture and heritage in a dystopic future?

Read the rest of this series on race and gender in dystopian young adult literature. 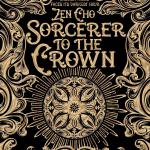