School's Out: Looks Ain't Everything, But it Ain't Wrong to Look | Bitch Media

School's Out: Looks Ain't Everything, But it Ain't Wrong to Look

I was watching the Oscars last night out of the corner of my eye and though I was actually really impressed with Billy Crystal on class (millionaires giving each other gold statues takes one’s mind of global economic crises), Chris Rock on what real hard work means (minimum wage jobs as opposed to being a film star), and Zack Galifanakis on the limited availability of women’s roles (there are few parts for women, and even fewer good parts for funny women), I was also predictably disappointed by the way that at a film appreciation gala, the commentators and hosts could spend so little time talking about film (I cringed for students of film and lovers of visual culture everywhere) and so much time talking about the way people look. Women mostly, of course. And if you didn’t see it, I’ll save you the trouble: apparently, they all looked beautiful. This was both the truth in this upper class festival of conspicuous wealth and also the official line which must be toed.

Anyway, I was reading an article the other week on talking to kids about beauty, and it got me thinking about how I strategically talk to myself and others about beauty as a feminist and a queer person.

My heart leapt a little, because I have long tried to reconcile my politics with my love of makeup as well as dresses and high heels. I know this has been one of the front line topics of white western mainstream feminisms, and to my knowledge, it’s focused mostly on either a) supplementing messages about feminine beauty with messages about female intelligence and strength or b) claiming that whatever a woman chooses to look like or do is empowering (a particularly pernicious form of choice feminism). But notice that I didn’t say I was trying to reconcile my politics with my love of all things feminine, whatever that would mean. I enjoy retro dresses of North American and British styles from the ’40s, ’50s, and ’60s, inventive makeup, and, well, I’m 5’ 3”, so sometimes I like to know what the view is from a few inches higher. I’m a visual artist and I’ve always justified my playing with a makeup palette on these grounds. But lately, I’ve gotten to thinking that even beyond this proclivity of mine, these are specific aesthetic interests. They are historicized, they speak to certain trajectories of art and design, and they reveal a lot about the politics of different cultural formations. I think about these things when I buy a dress from ModCloth. (I also think about the racialized, feminized poverty that is intimately tied with garment industry labor practices.)

Some advocate teaching girls that beauty and fashion can be worthy areas of historical inquiry as well as personal fascination. I can dig it. And I also wonder what else would help. What about attention to equalizing the genderedness of this discourse? Could talking about visual masculinities be useful, too? How about more discussion around distinguishing between having an interest in the gendered aspects of visual culture versus buying into culture of heteronormative hyperfemininity? What about historicizing femme lesbianism as a politicized habitus and as a beautiful mode of aesthetic expression? I wonder what would happen if, instead of trying to avoid talking about beauty, we reframed the discourse around the vocabulary of studio art as a way to sometimes divorce aesthetics from sexual interest and the possessive gaze?

If I could time travel without, like, disrupting the space-time continuum, one of the many things I would tell a younger me would be that: It’s not the interest in appearance that’s wrong, it’s how you do it. Fascination with the visual is something as broad as the history of human signing (as well as something that underlies ubiquitous ableism in the social and built environment, since not everyone has the ability to see said visual). Sometimes I like to put it in perspective for myself like this—if I were thinking about non-Western cultural and aesthetic forms, I would be less likely to criticize and more likely to think about these practices as a way of being culturally competent, enjoying shared symbols, and evoking continuity with a cultural history.

I wish that I knew what I know now, when I was younger…

My favorite thing growing up was my dress-up trunk. I still love to play with costume and fashion, and yes, I look and comment on the appearances of other people. I know that as someone with the money and freedom to have fun with my clothes, hair, and apartment decorating (Even if it's all second-hand, still) I am in a position of extreme privilege, just as I am to be a person with a membership to my local art museum.
I love this article. I plan to work these thoughts and questions into conversations with my friends this week! I love the phrase "divorce aesthetics from sexual interest and the possessive gaze." It adds another dimension to the conversation, where normally I feel like we are just trying to say "We shouldn't place any value on appearance." Not sure where it will go, but thanks for getting it going!

Worn Fashion Journal is a good place to look for such content: http://www.wornjournal.com/html/. They feature articles that often have a feminist point of view. A recent issue had a great article about the exploration of fashion and gender expression in transgendered persons.

Thanks for that excellent article. I tried to say something similar in a blog post a while back, but not as clearly and eloquently as you have! I have been struggling to tackle this issue with teenage/early 20s nieces, who were brought up with no feminist perspective, and trying to work out how to put/argue my case re what they choose to wear, etc. I'm going to point them to this post. Thanks.

You lovely people! I'll be checking out these links right away. It is beyond cool, hearing other people's stories like this.

Relevant: School Is In 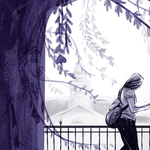 by Trish Kahle
Feminist pedagogy alone is inadequate to the barriers facing women, people of color, and queer people in institutions of higher education.