Amy Rubin is the creator of the hit web series Little Horribles. The series has been called “The lesbian alternative to Girls,” which I suppose is an adequate comparison, although what really fascinates me about Rubin’s work is her grassroots approach. She achieves high production value, quality dialogue, and great acting without the backing of a network like HBO or a producer like Judd Apatow.

Little Horribles focuses less on traditional aspects of lesbian lives (like sex and dating) and more on the protagonist’s own, awkward experiences moving through the world as an offbeat, solitary New Yorker living in Los Angeles.

Rubin’s self-aware, deadpan comedy is sympathetic to twenty and thirty-something women who identify as many things, including queer, rather than feeling solely defined by their queerness.

Marie-Hélène Westgate:  What is the origin story behind Little Horribles?

Amy Rubin: The origin story? My life, I guess. Generally speaking, as I’ve moved into my thirties I’ve started to notice how my life is consistently different from the lives of people around me. Maybe everyone feels like that. Or maybe it’s just different from this “idea” of life that we all have, in our heads, when it comes to what we should be doing: having fulfilling relationships, careers, and houses; laying down roots. I’ve sort of come to terms with the fact I won’t connect with people so easily. I’m not frequently going to make wonderful friends and have emotionally rewarding relationships.

I need more therapy to figure out all the “whys,” but I think that’s the basic origin. Like, I don’t get why people say “LOL” when they’re not actually laughing out loud, but I guess most people don’t have a problem with that? Most people just get on board. They know how to hug.

In a departure from a lot of queer programming, Little Horribles focuses on the protagonist’s random, awkward experiences rather than focusing on issues of identity, sex, and dating. Was it a deliberate choice for you, to pay attention to one person’s specific experience of moving through the world rather than portraying the issues of a broader community?

I spend a lot of time dissecting gender, sexuality, and performance identity. I’ve been a big Judith Butler fan since Women’s Studies 101. Her theories kind of changed my life, actually. But I think the only things I can really write well are honest experiences and feelings. I can spin them in different directions, but the minute I start trying to write with any goal other than trying to elaborate an honest nugget in a funny way, it starts to sound like I’m writing a thesis.

I’ve been wondering—what part of L.A. does your protagonist live in? Is it relevant?

I think this will become more relevant as the world expands and we see more of her life, but she lives in Silverlake. The lesbians in Silverlake are a little too cool for school. They have tattoos and fixie bikes, and Amy has a love/hate relationship with that world. She aspires to it and, simultaneously, judges and despises it.

Prior to creating Little Horribles, you were producing content for commercials and social change campaigns, right? What knowledge did you carry over from advertising when you started work on original projects?

I used to be annoyed, sort of embarrassed, about ads and videos I had produced in the past. But I’m just not a starving artist type. I didn’t have the courage to bust out in the world, writing my own shit and doing it until someone paid me. Producing and directing ads gave me the infrastructure to eventually do my own thing. Learning to make content for other people also teaches you so much just about how to get things done. When I actually had the freedom and resources to make my own thing, I was starting out with a lot of information. I wasn’t going to make the same mistakes that I couldn’t always stop clients from making! The Huffington Post called Little Horribles “the lesbian answer to Girls,” and in an interview with AfterEllen, you clarify that your style is more in line with, say, Louie or Curb Your Enthusiasm. But would you agree that certain moments—the opening credits when the protagonist eats chocolate chip cookies while sitting on the toilet, or the impromptu makeover in a public restroom in “Bathroom Mirror”—echo some of the awkward hilarity and secret shames portrayed in Lena Dunham’s work? Is this overlap just the product of exploring personal experiences of twenty- and thirty-something women who don’t fit any popular mold?

I feel like this is a seemingly disingenuous thing to say, but I never saw the scene everyone keeps referring to when they mention the opening of my character on the toilet. Was there a scene in Girls where she does that? Regardless, I think some of the similarities with Girls have more to do with trying to get down to the core emotion of various experiences, and exploit the shit out of those feelings. I think that’s where the overlap happens.

And honestly, I think people have compared Little Horribles to Girls simply because I’m a woman, I’m on camera, I’m not skinny, and audiences have seen my character with her shirt off. Unfortunately there are few enough women like this on TV like this so we automatically compare one instance to the only other one out there.

That’s a tough question because part of me wants to say that sexual identity isn’t really important, but I don’t think that’s true. It’s almost like the fact that sexuality is not important, is what’s important.

The character is uncomfortable saying “queer,” and she feels like the word “lesbian” sounds very early 90s, so I think she tends to talk around definitions. Her sexual identity sometimes informs her feeling of being uncomfortable; other times it drives her sense of self-righteousness, of being “special.” It’s really just one part of who she is: another aspect of personality that motivates a person’s behaviors and reactions.

Some people have argued that due to a lack of visibility, the queer community seems to welcome anything featuring queer content—at times sacrificing quality. Has Little Horribles received any criticism as a work of queer art?

That’s interesting.  I think we’re just so starved for these stories that sometimes we’ll watch anything. I’ll absolutely watch the lesbian movies on Netflix just to watch something gay.

In terms of Little Horribles, one article I read did pose the question of whether or not people would be watching the show if it wasn’t gay. And I thought, “Oh shit, would we?” Obviously I want to believe that we would. I think the fact that people seem to like the show despite minimal actual lesbian content is evidence to the fact that the show is about more than being gay. I mean, it’s not like it’s bursting at the seams with sexy sex scenes. It’s mostly just, “I like that girl,” or “That girl’s annoying.”

Have you found that audiences expect Little Horribles to broach some kind of all-inclusive spectrum of issues and identities?

I think a lot of us deal with different versions of the same things—loneliness, insecurities about our bodies, awkward conversation skills, fears about not being liked—and those are sort of the building blocks of everything. And I think it’s nice to see those themes played out in same-sex dating and relationship situations because it’s nice to see yourself reflected in the stories you relate to. But no—no one has been like, “Do an episode about dental dams!” Although, that might be funny.

Do you use scripts for your web episodes? Does a lot of improvisation happen?

I think my general approach to directing, and comedy, requires a fair amount of improv. Every actor is a person with their own canon of experience and their own touchstones for the story. I usually want them to bring that into their performance and into the script, which leads to a lot of improv. The trick is to know when the input works, and when it distracts from your vision.

I’m also a big fan of listening to all and anyone’s feedback, notes and critiques. You just have to know when and how to listen, and when and how to totally ignore what you’re hearing. I ask for a lot of feedback; sometimes I take it and other times I have no problem thinking, “Nope, that’s wrong! I’m right!”

In your interview with After Ellen, you mention having written a pilot for a potential television version of Little Horribles. How different was that process compared to writing web episodes?

It’s all still a work-in-progress but so far it’s definitely different. It’s forcing me to really come at it from a different, well—from a bigger angle, I guess. I have to really step back, divorce myself from what I already believe the show and the characters and the storylines to be about, in my head. I need to ask myself, what’s the theme? What’s the show really about? What does everything sort of hang its hat on? Those are the bigger questions it’s forcing me to think through.

So, will there be a next season of Little Horribles?

I’m not sure yet, to be honest. I’m kind of just making them as I go and I’m not sure if I’ll stop and then call a new batch of them “Season 2” or if I’ll just keep making them. It also depends on funding. I’m not sure I can keep funding them in-house forever, but at the same time I’m not willing to give up a ton of control for a couple of bucks. We have to figure out the right structure—just like everyone else is trying to do in online video. 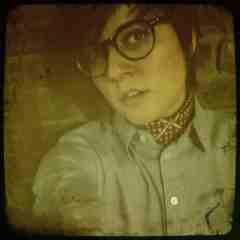 <p>Rubin's character (with whom I greatly identify) and show share a lot in common with Issa Rae's YouTube series, Awkward Black Girl (http://issarae.com/): a kind of yearning to be a true self in a world that rewards anything but; and an awareness of the real even when it is unacknowledged by others. (Rae was in one of Rubin's previews, too.) &nbsp;And that emotional clumsiness--so rich (and familiar) that it nearly hurts. In this sense, her work is similar to that of UK comedian Catherine Tate (here in an excruciating wedding skit from hell: http://www.youtube.com/watch?v=zZvUO_CigmY).&nbsp;</p>

I thought it was hilarious :)

Relevant: "Kiki" Picks Up Where "Paris is Burning" Left Off 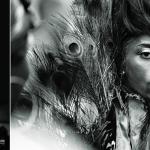