Mad World: A (spoiler-free!) look at advertising on the new season of Mad Men | Bitch Media

Mad World: A (spoiler-free!) look at advertising on the new season of Mad Men

Most people with a finger on the pulse of pop culture (and I’m guessing that includes you if you’re reading this) know that the new season of AMC’s Mad Men premiered on Sunday. Now, for those of you who are waiting for it to come out on DVD, fear not: This is our weekly advertising forum, so no plot spoilers will be revealed here. I want to talk instead about the ways in which advertising is being dealt with within the show so far. (If you’re interested in a plot discussion though, I like Slate’s TV Club. Good stuff.) Now, on to the advertising! OK, so season four brings with it some new advertising trends—though ad man George Lois told Playboy this month that he doesn’t think they’re being accurately portrayed. Still, Lois’s criticisms aside, a cultural revolution was afoot in 1964, and even stodgy Madison Avenue execs aren’t immune to it this season. Among the new trends present at the agency of Sterling Cooper Draper Pryce are: cinematic television spots that pull people into watching an entire ad (Don’s Glo-Coat spot, which I regrettably could not find video of), public relations stunts to boost sales, and wink-wink sexiness in the form of a cheeky swimsuit campaign. Since I’m angling to avoid spoilers here, I’ll refrain from telling you how each of these techniques goes over during the episode. Besides, for our purposes it’s more interesting to think about them in the larger context of the advertising industry—we’re starting to see campaigns on Mad Men that more closely resemble today’s advertisements. The very ads we discuss here on this blog! The cinematic-style television ad is hardly rare on today’s airwaves, and we’re pretty familiar with the secret public relations stunt as well. The tongue-in-cheek sexiness of the swimsuit pitch even reminded me of our oft-discussed Old Spice campaign. Let us escort you to the future of advertising!

Another piece of the industry we were introduced to on Sunday was Advertising Age. Though it was founded in 1930, I don’t remember much talk about the industry publication in prior seasons. I like that we’re getting more of a glimpse into the business side of things on that end—SCDP has to please not only their clients, but also their peers in order to be successful. Public relations is in full effect, y’all. Interestingly enough, Rance Crain from Advertising Age posted a response to the episode, detailing what it was actually like to work for the magazine during that time period. Not surprisingly, things were dramatized a bit for television. Sooo… Since I promised no spoilers, I’ll just say that I’m looking forward to seeing more of a discussion of advertising techniques and industry strategies on this season of Mad Men. While during past seasons we’ve seen more straightforward print campaigns—so honest that they seem almost ludicrous by today’s standards—this season it looks like the SCDP crew will delve into advertising as manipulation, propaganda, art, entertainment, and everything else we currently associate with the industry. Also, I don’t know enough about the history of the business to know what year these became popular, but I’d love to see product placement and celebrity spokespeople get the Mad Men treatment as well. You?

It's funny (or maybe planned that way?) that an update to TAL's episode about George Lois and his shady claims aired again on Sunday--I had him and Julian Koenig fresh in mind when I watched Mad Men and was actually wondering what they thought of it. Too bad (but predictable) Playboy didn't interview Koenig as well.

I love that TAL episode! I bet it isn't a coincidence that it's re-airing this week. You're so right also that it would be great to hear from both Lois and Koenig in the <i>Playboy</i> article. I'm still interested thought—I normally wouldn't buy <i>Playboy</i> for obvious reasons, but I might pick this issue up for the Lois interview. 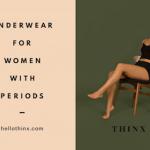