Perhaps you have heard of KFC’s “Buckets for the Cure” campaign. The idea is, every time you buy a pink bucket of fried chicken from the chain, 50 cents is donated to the Susan G. Komen for the Cure foundation for breast cancer research. Now, raising money for cancer research of any kind is great, but I can’t help but think (and I am by no means alone here) that this campaign is misguided and misleading (not to mention the weird irony of buying – and eating – certain breasts to save others). Of course, tying an advertising campaign to the fight against breast cancer, a practice commonly known as pinkwashing, is nothing new. Let’s look at some more examples and discuss!

So yeah, buying a pink bucket of chicken raises money for breast cancer research. But wait! According to the National Cancer Institute, “… studies have shown that an increased risk of developing colorectal, pancreatic, and breast cancer is associated with high intakes of well-done, fried, or [barbecued] meats.” Methinks that KFC sells both fried and barbecued meats, making this a somewhat hypocritical partnership. On top of that, the Washington Post has this to say on the campaign:

Also, the fine print points out that “KFC restaurant operators have contributed 50 cents to the Susan G. Komen for the Cure for each Komen branded bucket purchased by the operators from April 5, 2010-May 9, 2010… . Customer purchases of KFC buckets during the promotion will not directly increase the total contribution.” (It’s also noted that KFC has guaranteed the contribution will be at least $1 million. Which really is very nice.)

So it looks like buying pink buckets doesn’t even have as much of an impact as they say it does (which is still just 50 cents per bucket). You’d probably be better off just eating at home and contributing money directly to the cure if you want to help out.

Earlier this year, Sparkletts began decorating their water delivery trucks and their website (pictured) with pink ribbons to advertise their affiliation with the Susan G. Komen foundation. Unfortunately, Sparkletts’ bottles contain a known hormone disrupter, Bishenol-A (BPA), that is suspected to cause breast cancer and prostate cancer, and can even interfere with chemotherapy treatments. Sorry Sparkletts, but a pink sparkly truck isn’t enough to do the trick – we aren’t in Barbie’s Dream House anymore.

Ah, the floating beer pong table. For breast cancer. Though the website claims that, “Our mission is to help eradicate breast cancer by exposing young people to methods of prevention, early detection and support,” I have a hard time seeing the connection here. Several studies have shown that certain levels of alcohol intake can increase a woman’s risk of developing breast cancer, and the fratty pool parties where these floating beer pong tables are likely to be used don’t exactly sound like woman-friendly environments.

Facebook “Bra Color” Campaign and Others Aiming to “Tit”illate:

Remember a few months ago when you got that message on Facebook asking you to share the color of your bra to raise awareness for breast cancer? Yeah, that didn’t work. Nor did it have much to do with real cancer research. Campaigns that aim to “tit”illate (pun intended, of course) like Save the Ta-Tas and Save Some Boobs, as well as the Facebook campaign, put the focus on the breasts and not on the research (or the women attached to those breasts). Total sexist pinkwashing.

That’s right; it’s a gun meant to raise awareness (and money) for breast cancer research. Aside from the sheer weirdness of this, according to a 2008 report from the U.S. Centers for Disease Control, firearms are the second most common cause of violent deaths of women, accounting for 29.2% of all violent deaths among females in the U.S. in 2008. There’s some real cognitive dissonance at play in that “awareness campaign.”

These are just a few of the stranger and more offensive “pinkwashed” products out there, but as I’m sure you know, there are lots more. From toasters to cosmetics to luxury vehicles, tons of big companies exploit our real desire as consumers to raise money for cancer research in ways that are often problematic.

For more information on pinkwashing, including a list of “Critical Questions to Ask Before You Buy Pink”, visit Think Before You Pink. They have done some great work helping big companies like Yoplait to turn their pinkwashing ways around and do some real good for cancer research. I’d like to think they can do the same for the KFC campaign, but I’m not seeing any obvious solutions there beyond turning off those fryers (yeah, I doubt it). Same goes for that beer pong table.

Have any pinkwashed products or ideas to share? Leave ‘em in the comments section!

These days it seems like everything you eat causes breast cancer so I'll take my chances with Grandma's fried chicken. I'm more annoyed by KFC's ad campaign for the double down which is a series of men complaining about how a regular chicken sandwitch just isn't enough. Men only because tiny female bellies would never leave a KFC still hungry.

This is why I feel uncomfortable with campaigns like "Feel Your Boobies." It's catchy, sure, but the advertising that comes with this campaign (with slogans like "save second base") only succeeds in sexualizing women and doesn't do much to advance the discourse on breast cancer.

Breast Cancer awareness shows care for cancer patients. Supporting <a href="http://www.projectboobies.com/">projectboobies</a> is the best thing I can for them.

Even Stephen Colbert has gotten in on these problematic ad campaigns. Did you see the Tip of the Hat/Wag of the Finger segment from April 29?

Thanks for this post. It is a truly offensive and harmful partnership. Check out Breast Cancer Action's "What the Cluck?" campaign--since KFC and Komen launched the partnership, almost 5,000 people have written to protest this pinkwashing. You can check it out at http://org2.democracyinaction.org/o/6098/p/dia/action/public/?action_KEY....

Comparing Keep a Breast to KFC is absurd. I agree with most of the rest of this article but keep a breast is an incredible female run operation that is across the board legit. They have virtually no overhead and they work tirelessly to educate and save lives. KFC is using that Susan G. Komen to make themselves look good, this beer pong thing doesn't seem to be attempting to masquerade as a socially concious thing, rather just a company deciding to donate proceeds to a cause. It's a real stretch to say that by buying a beer pong table you are encouraging people to drink more and maybe increase the risk of cancer. Perhaps,It's a way to broach a sensitive topic to a group of people who may not think of talking about it and get a discussion going. Who knows but that is less of a stretch the tenous connection you make here. I'd be careful how quick you are to lump everyone in and fingerpoint when you end up singling out those who are really working for change and seriously saving women's lives and lumping them in with corporate assholes.

I didn't mean to compare KFC to Keep A Breast here on the level of donations given (Keep-A-Breast donates $2 for every beer pong table sold compared to KFC's 50 cents per bucket, so yes, Keep A Breast gives more and I'm sure they do more as an organization beyond selling pink beer tables) but rather on the level of pinkwashing. The way I see it, both companies are in fact using breast cancer to sell products that have little or nothing to do with cancer prevention or research.

As far as the beer pong table not attempting to "masquerade as a socially conscious thing" well, that is exactly what I think it does. $2 out of $35 go to Keep A Breast, and the rest goes to a pink plastic floating beer pong table that is a booze accessory attempting to pass itself off as supporting the cause (there are conflicting studies linking alcohol with breast cancer, but plenty of studies have shown that overconsumption of alcohol might be carcinogenic, so the booze angle is problematic). And if you don't think the purchase of a beer pong table encourages drinking, then we're going to have to agree to disagree on that one.

I am sure you're right that Keep A Breast does other, positive things for breast cancer (I checked out their website and it seems great) but the beer pong table looks pretty pinkwashed to me.

I suppose it would make me less of a feminist, because I would love a floaty beer pong table? Or the fact the last time I did play beer pong, it was with women? This is perpetrating gender stereotypes as well, that as a heterosexual feminist woman, I shouldn't care to play beer pong in a pool, that somehow that space is not a space for women? What about if I sit around and play poker with the girls? I do not engage in drinking even an average of 1 drink a day, which according to the cited study increases my breast cancer risk of 1%, especially when the noted study is critiqued as being only a portion of an abstract, not a full published peer reviewed article.

<i>according to a 2008 report from the U.S. Centers for Disease Control, firearms are the second most common cause of violent deaths of women</i>

And I don't get the critique about guns... Because getting rid of guns won't end violence against women. Its not the guns that are sporadically misfiring and killing women . And as a grad of a police foundations program, should I not participate and responsibly use something that others abuse? Maybe I shouldn't play soft ball, because people use bats to abuse women. Or knives, because they stab people.

Koman and much of the "pink" world are firmly focused on "early detection and successful treatment". While they certainly fund some prevention work, their message and the bulk of their work go towards Cancer Inc. The real "cure", finding and eliminating the causes of breast cancer, is largely ignored.

What if the Lung Assoc said "We're gonna drop our focus on air pollution and instead put our efforts into finding out your child has asthma as early as possible, and researching better inhalers and treatments"? Sounds crazy right? That is exactly the crap we continually get from Komen & Co. and is also why the millions of people who finish their runs and walks are handed PET bottles of water without a second thought. Pool Pong and KFC are merely symptoms of the larger illness, which is the co-opting of a righteous cause by those who profit from the problem.

When you look at the board structure of these groups and see GE and big pharma keeping seats warm, it's no mystery why a KFC deal does not give them pause. Rotten to the core.

This canadian documentary by Lea Pool was selected at Toronto International Film Festival and is about Pink Washing. You should check the trailer at http://www.nfb.ca/film/pink_ribbons_inc_trailer/ 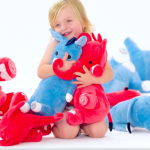