Mapping the Margins of Middle Earth The New Zealand landscape hosts a parallel fantasy world: The Lord of the Rings’ Middle Earth. (photo by Hannah Strom)

The Desolation of Smaug, the second film in Peter Jackson’s three-part adaptation of J.R.R. Tolkien’s The Hobbit, arrives in theaters this week. If you’ve watched any Lord of the Rings (LOTR) installments you know the deal: a bunch of white heroes will travel on a noble quest, they will do battle with scary dark-skinned creatures, and maybe a white female character will grace the screen for a moment or two.

Peter Jackson shot The Hobbit and the Lord of the Rings trilogies back-to-back in New Zealand, using the country’s spectacular landscapes to create his verdant vision of Middle Earth. It’s interesting to consider the impact of shooting an epic fantasy about conflict and conquest in a land with a real-world history of colonization. Being a person of color interested in fantasy can make you hyper-aware of this stuff; even though people of color are producers and consumers of fantasy, we’re often out of place in mainstream productions that always seem bent on recreating reworked versions of medieval Europe.

Even though escaping to Middle Earth appeals to me (I would definitely be an elf living in Mirkwood, by the way), I get caught up asking pesky questions: New Zealand is not medieval Europe, even if it looks and sounds a bit like it in Lord of the Rings. What does it mean to create a fantasy world there? What happens to the nation’s actual history when a fantasy narrative comes to dominate its global image? Where does the history of people of color in New Zealand fit into Middle Earth? As a fangirl of POC history as much as of LOTR, I wrestled with these questions as I spent the past few months living in New Zealand. I found that—for outsiders like myself— journeying to Middle Earth can mean letting a fantasy eclipse some important history underneath. A page from a New Zealand Lord of the Rings tourism brochure.

When tourists arrive at the airport in Wellington, New Zealand’s capital, they’re greeted by a giant Gollum figure that looms over the terminal and welcomes you to “the Middle of Middle Earth.” There’s a thriving tourist industry in New Zealand that revolves around fans charting their LOTR fantasies across the landscape. You can visit The Shire, travel to the filming locations of various battle scenes, or indulge in some theatrics with the model trolls at the Weta Cave. This isn’t a bad way to get to know New Zealand; the LOTR films are distinctly homegrown and employed many New Zealanders. But there’s a strange mental erasure required to superimpose a map of Lord of the Rings where a real society exists, where a historical contest between an empire and an indigenous people took place. Then again, the remapping didn’t begin with Middle Earth mania.

In October of this year, New Zealand’s government officially recognized Maori names for its North and South Islands. The gesture implicitly acknowledged how English-speaking colonization had altered the landscape. With this new information, I could locate myself alternately on the North Island or on te ika a Māui; though, given the dominance of the English language over Maori, and of LOTR fans over South Pacific geography buffs, “South of Mordor” might still have been my best reference point. A map of New Zealand imagined as Middle Earth promotes Lord of the Rings tourism. A Maori cultural promotion group made this map of New Zealand with Maori names.

Maori people first began inhabiting New Zealand around the thirteenth century. The British showed up in the eighteenth century and signed a treaty incorporating New Zealand into the Empire in 1840. There are elements of New Zealand’s history that are relatable to other British colonial scenarios, as in Australia and the Americas, but there is certainly a lot more that’s unique. There is a complicated history of Maori people contesting and collaborating with the British, fighting for sovereignty, and working against racism and cultural marginalization. There are many ways to learn about this history through New Zealand’s cultural institutions, and there’s definitely a lot of tourism in New Zealand related to history.

It’s possible to find a lot of parallels between the world-altering stakes of the LOTR series and of colonial encounters around the globe. But all the power struggles of Lord of the Rings are a history that is more simple to swallow than the real-world conflicts in New Zealand—while the series wraps up neatly, you can never close the book on the devastating effects of colonization, racial discrimination, and cultural destruction in New Zealand. You can’t make an action movie on the thoughtful reparative work people are still doing in New Zealand in response to decades of colonization—thankfully, there’s too much nuance.

If your only relationship to New Zealand is through Lord of the Rings, then you’ll miss all of this. I get it—some people like to keep their fantasy and politics separate. Fantasy is supposed to be an escape, not a history lesson.

But a big part of the appeal of fantasy for many fans hinges on making connections between the real world and the baddies, heroes, and lessons of fantasy novels. For me, reconciling my attachments to the fantasy genre involves thinking about the ways that fantasy restages conflicts between the powerful and oppressed. It involves imagining the possibilities that lay on the other side of dystopia. When I read or watch fantasy, I like to consider the source material that might lead creators to think up evil powers like Sauron and wars between races of dwarves, goblins, and orcs. Once the narrator in Junot Díaz’s The Brief and Wondrous Life of Oscar Wao pointed it out to me, it was hard not to think Tolkien was just riffing on the milder stuff of slavery in the Caribbean. It doesn’t matter to me if the author sanctioned these interpretations, it is the readers’ license to make such imaginative leaps that makes fantasy so appealing.

This isn’t a call to reread New Zealand’s history into Lord of the Rings (yikes!) but it’s an invitation to let fantasy and reality edge uncomfortably against each other and see what happens. It’s a reminder to think about the far away places that we project our fantasies onto, and to consider what interesting stuff might be under our projections. I don’t find a lot of neat answers when I put a map of Middle Earth next to one of New Zealand, and I haven’t decided once and for all if I can get down with LOTR’s politics. But if you’re not ready to throw out mainstream fantasy for its offenses, then it’s a good idea to remain curious about how these fantasy stories reflect on the real world even as they let us escape. 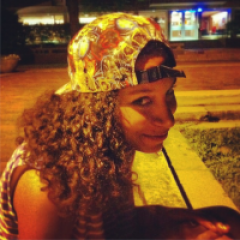 Coming from NZ but living in Canada I definitely get a lot of people asking about Lord of the Rings. It is kind of strange seeing as the book clearly had nothing to do with NZ and it just so happens that NZ was a cheap beautiful place to film.

On the other hand before Lord of the Rings movies came out the first reaction I got from people was 'All Blacks!' - which is also an unfortunately manly and violent representation of NZ...although I guess you do see more brown skinned heroes, but only of the male kind. But also another brilliant way to ignore a lot of the history of Aotearoa.

Kia Ora,
Ha ha I was astounded to see this today.Spending a year traveling in Europe,when people found out I was a kiwi,it went something like this,Rugby,rugby(I don't know anything about rugby)And LOTR.......
LOTR has it's own little bubble here.I would far prefer to go up the dart valley in the beautiful Te wai Ponamu,South is land and pretend Aragon was going to come thundering around the corner on his horse!
It's sad that the only people who can afford to go to Hobbiton are tourists and farmers..$75 nz a head!!!!!!
Arohanui from Aotearoa 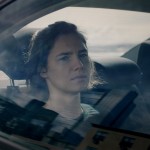