Comics publishing giant DC stirred up some trouble last month for a number of bad decisions, including refusing to depict an impending same-sex marriage integral the plot their Batwoman title and asking aspiring artists to apply for a DC gig by drawing the character Harley Quinn attempting suicide.

One of the many comics fans who called out DC online is Marjorie Liu, who happens to write several titles for DC’s biggest competitor in the comics industry: Marvel. About the Harley Quinn debacle, Liu tweeted, “The eroticizing and mockery of a woman’s suicide attempt is not cute. Not ever. But especially in an industry already rife with casual sexism.”

This past weekend, Liu was part of an LGBT comics panel at New York Comic Con where she said that she believes that DC is guilty of “lazy storytelling” for nixing the Batwoman marriage because, as DC executive explained, “heroes aren’t supposed to be happy.”

Before New York City Comic Con, I talked with Liu about DC’s problems and what it’s like working as a woman of color in the comics industry. MUNA MIRE: DC has had a couple of public relations disasters recently, sparking a conversation around sexism and homophobia in the comics industry. You’ve been critical of both DC and the industry’s “casual sexism.” In your experience, what are some of the ways in which the industry is hostile to women?

MARJORIE LIU: I’ve been critical of DC for very specific reasons. Most recently, when the comic book company ran a talent competition inviting artists to draw four panels of a well-loved female character, Harley Quinn, each of which showed her in situations that one could easily call suicidal. The last, and the most controversial, describing her naked in a tub, ready to dump live appliances into the water to electrocute her.

There have been many defenses—namely, that these panels were taken out of context—and yes, that may be true. But there’s still the larger issue, which is that the company saw nothing problematic in promoting—even celebrating, however inadvertently—the image of a woman trying to kill herself. Worse, there was an erotic element (specifically, that she should be naked, taking a bath). The death and torture of women is already eroticized enough—in fact, it’s so common I’d argue that it’s a story trope just as taken for granted as the assumed presence of a white male lead in almost every book and movie.

What’s troubling (amongst other things) is that it was ASSUMED this this portrayal, even if taken out of context, would be acceptable. It was taken for granted. And while I don’t think the comic book industry is any more hostile to women than, say, television or film, what we see in all areas of entertainment (and by extension, life), are repeated examples of women being minimized and reduced.

What can we learn from the DC fiascos and the media coverage they generated, as well as the reaction from fans?

Fans are smart, for one thing. We’re also socially conscious, and aware of the inequalities that still exist in different facets of everyday life. Part of this awareness comes from the fact that fans are also incredibly diverse—in gender, race, and sexuality—and even though we LOVE comics, and our superheroes, we’re also keenly aware that there’s a distant lack of quality representation in certain areas. And so I think that when DC has their “little fiascos” it acts as a stark reminder of those unspoken dissatisfactions that trouble us. These aren’t just petty issues, even. It’s not like we’re talking about the color of a uniform, or the evolution of a character’s power. The fan reactions that become the most vocal are the ones that reveal the most pain. For a woman who loves comics, to see again and again how some female characters in comics are trivialized and sexualized, and used as little more than tools for male agency—well, that sucks.

You work for Marvel on titles like Astonishing X-Men and Dark Wolverine. How does your experience with the comics giant stack up?

Not only did I get my start at Marvel, I was given opportunities to cut my creative teeth on some amazing characters. As a creator, I was able to stretch, push, and explore the limits of the characters I worked with, and explore themes of race, gender, and sexuality in ways that [made me feel] it was a privilege to have that opportunity.

You are also a novelist, how does that work compare to the comic industry? The process there is not as collaborative—do you feel you have more creative freedom?

I’ve always had a tremendous creative space to play in as a comic book writer at Marvel, and as I move forward on projects that are creator-owned, I’ll have even more freedom.  Collaboration doesn’t suppress creativity—in fact, just the opposite. I flourish, creatively, when I work with artists. It’s such a magical thing to have your dreams and stories penciled into existence by other talented storytellers, to brainstorm with those men and women.

In my own experience, it matters having women writers and writers of color in the room during the creative collaboration process because they are able to intervene on representation, particularly when something is problematic. Is that your experience at all?

Well, I can’t say that I’m pushing any kind of agenda, but I think the fact that I’m a woman, and a woman of color, who has rather strong opinions on certain issues, certainly creates its own kind of intervention within my work. What I have control over is my book—my novels—and that’s where I explore what’s troubling my heart. I leave others to their own work. 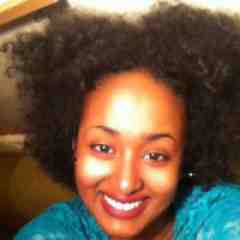 I'd take this more seriously if she weren't such a subpar writer herself.

It's amazing how many arenas of life still seek to exclude and objectify women and see no problem with doing so. It's also no surprise that Ms. Liu's statements are disparaged by someone attacking her writing and not actually addressing the issue she raises. Please note that I'm not afraid to put my name on MY comment.

For me, Marjorie Liu is one of the best Marvel Writters right now, with Kelly Sue DeConnick, Matt Fraction, Bendis and Kieron Gillen. But for me she's kind of special. She's not that writter that makes a flat story only to show the charactersfighting and kicking ass. Her issues on Warbird were beautiful and the development she made with the character is truly amazing. i HOPE i See more of Her on Marvel, she sould have at least two books right now, but i think, sometimes that the Market is not ready yet so such an amazing Writter that really digs the character's emotions and soul, i'm a fan since NYX, she's amazing and i'll be suporting her wherever she goes.

I respect Marjorie quite a bit, but let's not forget when Marvel destroyed an already established marriage rather than let it take a character (Spider-Man) into more mature and (perhaps) challenging ground.

Both companies are less concerned with storytelling than they are with maintaining what they feel are the core commercial assets of their intellectual property. These aren't characters we're talking about, they're licensing opportunities.

Crap. Look what I've done. I've just gone and made it impossible to ever work for Marvel. Damn it..!