May the Box Office Be Ever in Your Favor: How Divergent and The Hunger Games Avoid Race and Gender Violence | Bitch Media

May the Box Office Be Ever in Your Favor: How Divergent and The Hunger Games Avoid Race and Gender Violence 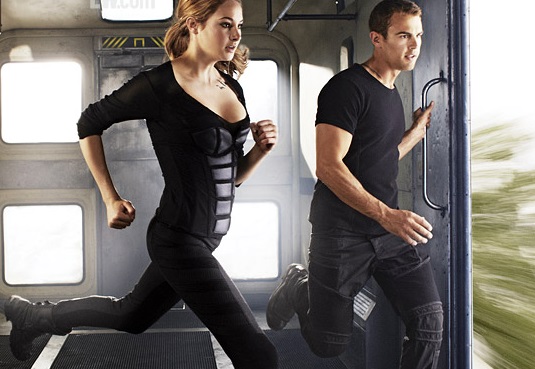 A still from the trailer for highly anticipated film Divergent, which premieres this March 21.

Teenage wastelands are a hot topic these days. It’s hard to miss the bevy of post-apocalyptic stories populating bookshelves, movie theaters, and pop-culture discourse; most notably, both the wildly popular dystopian Hunger Games and Divergent series have been massive commercial successes. They’re fast-paced and well-plotted and, at their best, authors Suzanne Collins and Veronica Roth create dynamic and vivid characters whose lives crackle with high-stakes tension. But there are larger—and troubling—issues in the worlds these two series establish.

Both The Hunger Games (whose second cinematic installment, Catching Fire, was the top grossing film of 2013) and Divergent center their stories on brave teen girls who have to battle shadowy totalitarian governments. In The Hunger Games series, lead heroine Katniss has to fight for her life in an annual battle royale that her country’s opulent capitol city stages as an Olympics-like spectacle meant to keep oppressed citizens in line. In Divergent, a best-selling trilogy whose first film comes out this month, teenage Tris has to choose to live within one of her society’s rigidly divided “factions”—only to learn that the controlling forces behind the curtain are far more ominous than she and her peers imagined. Both girls rebel against the systems imposed on them to the best of their abilities, and both girls wind up as instigators and figureheads of larger (violent) revolutionary movements. (And both girls attract their share of hunky male sidekicks along the way.) 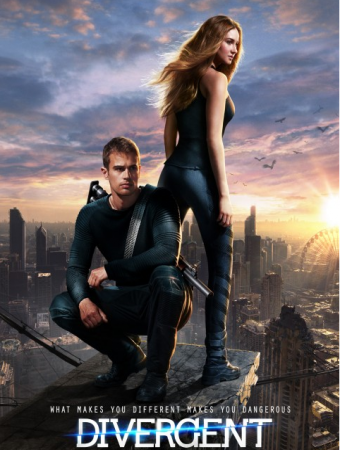 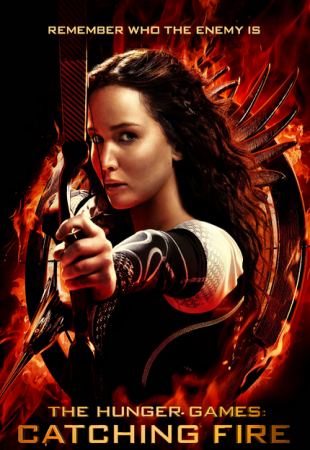 Commercially marketable dystopia is a strange place, where the real world’s current legion of ills—racism, sexism, transphobic violence, widespread and increasingly successful attacks on reproductive rights, SNAP cuts, et cetera ad nauseam—are inexplicably absent, replaced by a host of more melodramatic and glamorous kill-or-be-killed concerns. The rules of the societies in the two series—and the worlds of much of contemporary young adult dystopian fiction—seem almost identical. The backstory to the bleak worlds Katniss and Tris inhabit is murky; both series allude to a turbulent past out of which authoritarian governments arose in order to impose an austere moral order (Divergent’s “factions” are explicitly posed as the peaceful solution to prior human conflicts), but we never fully learn how the problems of the past led to the perils of the future.

As violent and militarized as these books are, the violence in their worlds bears little to no resemblance to the violence of the real world we live in. In Divergent, Tris is, briefly, sexually assaulted (an experience that she later, somewhat disturbingly, describes as not “really” being sexual assault), but otherwise women, while they’re executed or beaten up on the regular, do not seem to experience gendered violence of any kind. There is no overtly racialized violence. As readers, we can be horrified by the bloodshed—nobody wants to see kids die—without being implicated in it. Our tax dollars aren’t at work here; nor is the fact that, every day, in the world we live in, we watch children die on television already. As writer Zetta Elliott pointed out in a Bitch conversation with Ibi Zoboi, “In the white imagination, the dystopian future involves white people living through the realities that people of color have lived or are living through right now!”

And, of course, our dystopian heroines are certainly not teenagers of color. While there are numerous great dystopian young adult books that center on characters of color, the ones that have so far caught Hollywood’s eye all center on white characters (or, in the case of “olive-skinned” Katniss, characters imagined by movie producers to be clearly white). These stories present whiteness as a default and a universal, their heroines accessorized enough with a few generic hopes and desires that we can see them as human, but never so marked by difference that we cannot see them in ourselves. The “we” in the audience is presumed to be white and straight or so trained by our own exclusion that we automatically read outside our own experience. In the first Hunger Games film, Rue—the tiny, lovable black-girl character—is killed, as we know she will be, from the moment we see her; there’s no room for the black girl to live when the white boy who loves Katniss must make it through to the story’s end. And lovely Katniss, who nearly dies herself in protecting Rue, is treated as a savior. She is saluted by the black girl’s (grateful, always grateful) family—and then they’re out of the frame and out of the whole story as the camera moves away. The black girl’s death is primarily used to show how human the white girl can be. 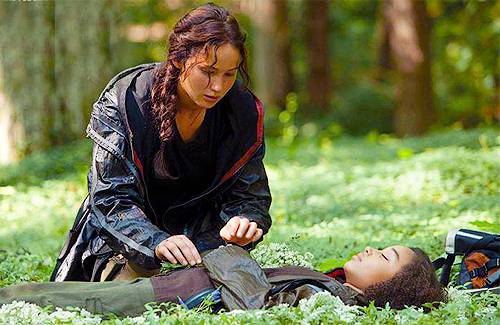 It’s the monolithic hegemony of that we, that falsehood, that’s at the heart of these stories: not survival, but erasure. Not revolution, but the same old status quo in a flammable dress. “What makes you different makes you dangerous,” proclaims the poster for the film version of Divergent. But the heroines aren’t so different that they’d be a threat to attracting mainstream blockbuster audiences. It’s hard to read and watch stories like these without thinking of the girls whose faces and bodies don’t figure in box-office bestsellers. While they’re certainly tough and brave, the heroines of these commercial novels are empty vessels, meant to serve as conduits for the wishes and hopes of their readers. They’re like action figures, blank spaces into which we can imagine ourselves acting with heroism and beloved by all the cute boys we encounter. Tris and Katniss make mistakes and do bad things, but are never so flawed that we can’t still see ourselves them in a golden light after making the same missteps. Their positions at the apex of revolutions wholly elide the real history of real revolutions in the world: radical activism that begins in and with the communities that are most devastated by the policies of the real-world governments we live under. As Zoboi notes drily about the Hunger Games, “Reading the book, I had to wonder why the hero didn’t come from District 11 if they’re the most oppressed.”

In the world we really live in, people don’t pay attention to violence; we don’t have to, when it’s not the police cops breaking down our doors, not our neighborhoods that are leveled by drone strikes, not our children who are shot and beaten by police who face no legal consequences for their actions. (That we again! But we, the white we, we don’t want it when it marks us as complicit, as collaborators. Suddenly we’re all individuals, then.)

People criticize dystopian YA for being too violent, but let’s face it, these books are not violent enough; these books cannot even begin to approximate the violence of a world in which a white man can shoot a black teenager in the face as she stands on his porch and asks him for help; in which a man can shoot a black teenager carrying a bag of Skittles and walk away free; in which a white man can open fire on a car full of black teenagers whose music he does not like; in which a man beats a young black woman to death solely because she is transgender and, again, walk away; and the list is so long. Every day, the list gets longer.

When children die in Katniss’s Panem and in Tris’s near-future Chicago, it’s in service of a narrative. When too many children die here, we ask: Did they deserve it? Why were they in that neighborhood? Wasn’t she drunk? He could have been armed, how are we supposed to know? Lots of injustice, in the future. Both girls learn to stand up for themselves by physically fighting back against the people who oppress them. We know what happens to black girls who stand up for themselves in our world.

Franchises like The Hunger Games and Divergent are so commercially successful precisely because their dystopias do not make us truly uncomfortable; they can be read as critiques (of hyper-violent media culture, of televised violence, of state-wielded power) without asking us to examine the ways in which we ourselves are complicit with—or subject to—the kinds of violence these stories deploy. If their politics were legitimately radical, no commercial publisher or Hollywood studio would have touched them.

But it’s hard to read these books, enjoyable as they are on a narrative level, without thinking of writers who have used the conventions of dystopia to advance truly powerful critiques of the world we live in now—Octavia Butler, Ursula K. Le Guin, Nnedi Okorafor, Leslie Marmon Silko, Samuel R. Delany, and Nalo Hopkinson, to name just a few. There are plenty of writers whose work continually factors profound and challenging questions about gender, race, and history into imagined future worlds, but none of them are receiving the kind of commercial support from the film industry that writers like Veronica Roth and Suzanne Collins have enjoyed. It may be asking a lot to demand that Hollywood and commercial publishing start backing stories that don’t require their audiences to erase their own experiences in order to enter imagined worlds; but it’s our future we’re talking about. Let’s dream bigger.

Related Reading: The Bitch series Girls of Color in Dystopia explores race and gender in dystopian YA.

Sarah McCarry is the author of the novels All Our Pretty Songs and Dirty Wings and the editor and publisher of Guillotine, a chapbook series dedicated to revolutionary nonfiction. You can follow her on Twitter.