Sapphic Salon: Megan Fox and the women she loves to hate | Bitch Media

Sapphic Salon: Megan Fox and the women she loves to hate

Megan Fox thinks I hate her.

It's simply not true. I didn't realize she'd take it personal that I never saw Transformers (or its sequel) and I was one of the few that bought tickets to see Jennifer's Body opening weekend. But the latest New York Times magazine cover woman claims that women hate her.

"Women tear each other apart. Girls think I'm a
slut, and I've been in the same relationship since I was 18. The problem is, if they think you're attractive, you're either stupid or a whore or a dumb whore. The instinct among girls is to attack the jugular." 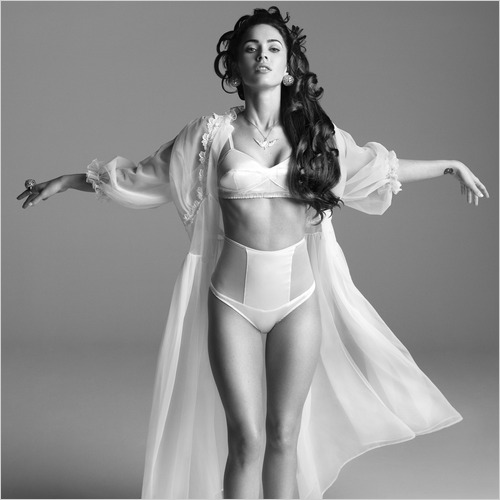 I don't disagree. There are those that are mean girls, surely, but I think the problem that most people have with Megan Fox, if they care enough to have one, is what she represents. And to me, as a queer woman, she is representing the male-manufactured idea of bisexuality.

I don't blame the 23-year-old actress completely. She's young, she's rich, she's ogled by men and women alike. She's poised, as the Times writes, to become the new "Angelina Jolie." (Willingness to do it with women: Check.)

The difference is that Angelina is universally adored and lusted after by men and women. It must be hard for Megan Fox to meet women if they all hate her. 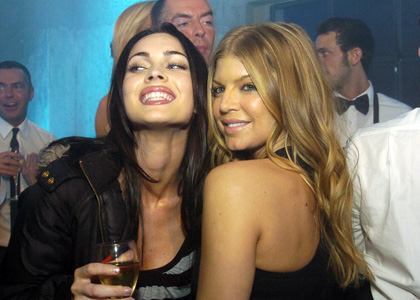 I don't mean to say that Megan is not bisexual. She very well could be. However, she's not exactly my idea of a poster child for the LGBTQI community. The first time she mentioned being attracted to women in an interview, she said she'd been with a Russian stripper named Nikita, which she later admitted was a lie. She then said she'd "never date another bisexual woman" and that she was once "really butch bull dyke for, like, six months ... Then I went in the other direction. From being a giant motorcycle-riding lesbian, I turned into a zombie. I lost, like, 30 pounds."

If this doesn't sound like the most stereotypical picture of a non-queer person's idea of a gay woman, then add in some Birkenstocks and Melissa Etheridge. Done and done.

When rumors hit the internet that the Diablo Cody-penned Jennifer's Body would include a "lesbian kiss" between Megan and Amanda Seyfried,  I was hopeful. And the kiss itself wasn't incredibly gratuitous — I could see where it could fit in with the friendship between the two characters — but the film doing do so well and Megan commented: "People expected 'Jennifer's Body' to make so much money, but I was doubtful. The movie is about a man-eating, cannibalistic lesbian cheerleader, and that pretty much eliminates middle America. It's obviously a girl-power movie, but it's also about how scary girls are. Girls can be a nightmare." 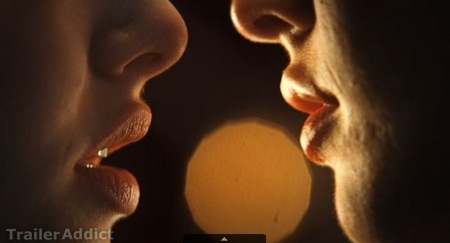 I'm not quite sure if it's the girls that hate Megan Fox, or Megan Fox that hates the girls. At the very least, I'm not sure she loves them.

Yes, I am one of those females who lust after Megan Fox. Likewise, as I did when Gia was released, and Angelina Jolie became a star.

I can't hate Megan Fox quite yet, as I can almost identify with all her "stages" of bisexuality. In becoming comfortable with my sexuality and identity, I played with different roles -- much like her (yes, even including becoming more "butch" to appeal more to lesbians because in my experience they won't date bisexual women). I also truly believed that women hated me - which I'm sure stemmed from some internal insecurity about my sexuality and the worry that would go along with if women found out, they wouldn't want to be my friends. I didn't want to be a man's vision of bisexuality either, and so, I struggled because I was attractive, and I wasn't quite sure where I fit in anywhere.

For what it's worth, while it took me 10+ years to be comfortable enough to "come out," there still seems to be a "party bisexual" mentality where I live. And yeah, that's totally annoying.

I guess it remains to be seen which end of the Scale that Fox ends up, once her career and popularity fade. For what it's worth, I've never seen her movies -- I could handle maybe ten minutes of Transformers. She's hot. Plain and simple. In any event, thanks for the shot of Fergie. rawr.

I really need to see <i>Jennifer's Body</i> so I can figure out this Megan Fox thing. On the one hand, I agree with Mel that her remarks make her sound like she's still unsure of how to be comfortable in the public eye with her attraction to women. I know plenty of women who date men but are attracted to women that have the most convoluted ways of explaining this to themselves, and they aren't famous. It seems the instinct is to not distance oneself from men or make family members uncomfortable when that is seemingly unnecessary.

However, as a bisexual woman who is very comfortable with my attraction to both sexes, I wish there were more Angelinas out there to give a better example. One of my favorite women who have publicly embraced their bisexuality is actress <a href="http://www.afterellen.com/People/2006/4/iyari.html">Iyari Limon</a>, who played Willow's girlfriend on season seven of Buffy. The role opened her up to understanding her own sexuality, a process she'd put off. It was a confusing time, but it seems Limon embraced it and met a great woman along the way.

Natalie, I also want to add that I appreciate your clarifying that Fox could be attracted to women while not showing them the most love. I don't think it's helpful or productive to question a woman's bisexuality (i think that hits too close to home for most bi women, who've experienced that plenty), but bi women can spread sexist ideas just like anyone else. 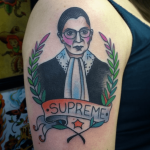 by Sarah Mirk
Fandom is a powerful cultural force.