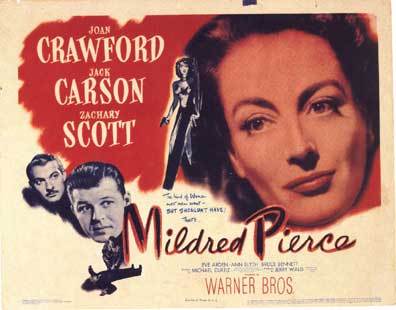 Readers, we are living an era of ill-advised remakes of already great (or at the very least, already classic movies). Titles allegedly in the re-works include: Red Dawn, Red Sonja, Faster, Pussycat! Kill! Kill!, Total Recall, Barbarella, Short Circuit, and The Karate Kid. So this morning’s report from Variety about a new adaptation of James M. Cain’s novel, Mildred Pierce, had me exhaling a huge sigh. According to the report, Todd Haynes, who wrote and directed I’m Not There and Far From Heaven, is slated to write and direct a miniseries staring Kate Winslet with the possibility that it will air on HBO. 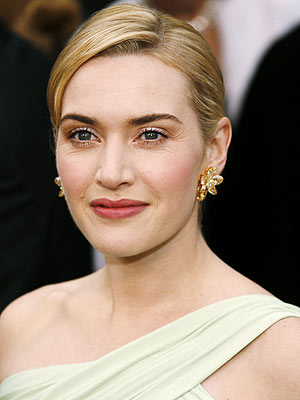 While I’d watch Winslet do anything after her guest appearance on Extras, and she can surely go toe-to-toe acting wise with the original film’s star, Joan Crawford, who won an Academy award for the role, I wondered if a new version would have anything different to offer.

The 1945 version of Mildred Pierce, is part noir, part woman’s film. On the surface, the story concerns the lengths one mother will go to in a long-suffering effort to please her ungrateful daughter.

The movie, and the original novel it was based on, are both tragic stories about a woman attempting to retain, if not elevate, her social status during the Great Depression (although the Depression is not mentioned in the film).

Mildred, after divorcing her husband because he isn’t supporting them financially and is having an affair, takes a job as a waitress in order to provide for her daughters, Veda and Kay. Veda looks down on her mother for her social status; her judgment and increasingly expensive desires drive Mildred to open her own restaurant, and eventually her own chain of restaurants. I don’t want to spoil the picture for those who have yet to see it, but it should suffice to say that in spoiling Veda, Mildred creates a monster. 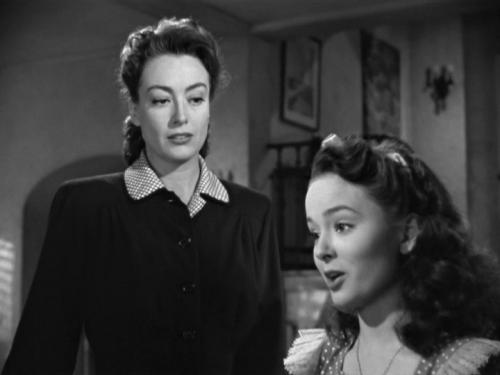 Mildred Pierce has been addressed by both feminist and queer film critics (including Molly Haskell, Pam Cook, David Halperin, and Jeanine Basinger) for its portrayal of a gender subversive female protagonist whose transgressions fail her, fail her children, and force her to redomesticate by story’s end in order to find emotional comfort.

In fact, as Robert J. Corber wrote in an essay for Camera Obscura:

“The release of Mildred Pierce coincided with the return of American GIs from World War II and the need it supposedly created for women to make room for them in the workplace by returning to the domestic sphere. Warner Brothers delayed the release of Mildred Pierce until after the Japanese surrendered in September 1945 because it thought that the movie would have more resonance in the postwar context.”

Meaning, it would show women that if they didn’t leave the careers they had assumed while the boys were at war, and continued to shower their children with lavish gifts, no good would come of it.

And one would assume that there endeth the lesson.

But upon further exploration (yes, I have been thumbing through film criticism all morning) it seems James M. Cain’s 1941 novel, Mildred Pierce, contains a much darker thread. In his version, Mildred’s obsession with her daughter Veda has a sexual tone. Themes of perversity in the original text were downplayed as a result of production codes. Therefore incestuous themes are thinly veiled in the screen adaptation; nothing is overt, but Mildred’s obsession with her daughter is disturbing nonetheless. Instead, to up the dramatic ante, a murder was added to the film version.

But Cain, who also wrote Double Indemnity and The Postman Always Rings Twice, considered Mildred’s position as a good-looking single mother with two daughters to support plot enough, and disassociated himself from the production.

So my guess is that this new adaptation, with its freedom allowed by both the miniseries and cable television format, will be better able to address some of the issues of the original source material – class, ambition, gender, sexuality, adultery, incest, and greed better than a 1940s-era studio production, and indeed, even a 2000s-era studio production. I’ll also be curious to see if they use a period setting, or if they adapt it to our current economic depression in order to make a commentary about contemporary American society.

Readers, what do you think about a remake, or rather, a new adaptation of Mildred Pierce? I know there are some film noir buffs out there and I’m eager to hear your thoughts!

(By the way, the original Mildred Pierce is airing on Turner Movie Classics on Sept. 1st at 2:00pm – set your dvrs!)

Finally, Variety asserts that it’s surprising that Winslet would star in a miniseries when she’s “at the top of her game” in Hollywood. But notes that, “the success of Grey Gardens for actresses Drew Barrymore and Jessica Lange shows that a pay web like HBO creates a large audience for a picture that would be hard-pressed to find one as a theatrical release.”

Considering this assertion, and continuing our discussion about women and filmmaking, do you think cable television might be a better place for women to get their work out there than Hollywood? Discuss away!

Personally, I think a remake of Mildred Pierce is downright deplorable. It's true that the sexual overtones of the story will probably be more overt, but that will make it really boring. Todd Haynes isn't a subtle filmmaker. Far From Heaven is clown shoes compared to All that Heaven Allows and Ali: Fear Eats the Soul. I'm Not There demystifies a mystifying man. Michael Curtiz, despite his standard aesthetic approach, gave us inklings to the incestuous obsession Mildred felt toward Veda without giving the game away. Somehow, Mildred could slap her butt while they're in bed together while still suggesting both motherly and passionate love. Kate Winslet, as much as I love her, doesn't have the neurotic backbone required for such a performance. Few actresses can mimic Joan Crawford's screen presence and I don't really want to see them try anyway. Hopefully this will fall through. Todd Haynes needs to get a life.

Agreed! This film is great as-is, and I am really sad to see it being remade. Curtiz's Mildred Pierce is not just a wonderful film because of the acting or the plotline, but because it fits into a unique place in our cultural history (during and after WWII). In particular, the film's visual style emphasizes anxieties about female autonomy by contrasting the light, happy, melodramatic style of the woman's film with the dark paranoid, film-noir style to show that horrors that confront women if they refuse to conform to domestic conventions. It's just something that cannot (and in my opinion, should not) be repeated in this day and age.