Is it just me or have cartoon mice really been letting themselves go lately? A cute hairbow can go a long way, but no amount of polka dots will slim you down on the runway at Barney’s, which is where the new, skinny Minnie Mouse (along with several of her Disney pals) will be this holiday season. I kid about letting themselves go, of course. Classic Disney cartoons may have given us plenty of grief in the gender, race, and consumerism departments in the past, but the size of Minnie’s tail has hardly been a concern for most feminists. Not so for Barney’s New York, which is partnering with Disney for its Electric Holiday collection next month. Though all of the characters in the campaign have been stretched out and whittled down (and more are reportedly on the way), Skinny Minnie has undergone the most drastic body modification. “The standard Minnie Mouse will not look so good in a Lanvin dress,” says David Freed, Creative Director for Barneys New York. So instead of altering the dress, he altered the model. “There was a real moment of silence, because these characters don’t change,” Freeman continues. “I said, ‘If we’re going to make this work, we have to have a 5-foot-11 Minnie,’ and they agreed. When you see Goofy, Minnie and Mickey, they are runway models.”

Now there’s nothing wrong with real women who are tall and thin. However, as Annie Rose-Strasser points out:

Eighty percent of 10 year-old girls in the United States say they have been on a diet. And Disney, who often uses the imagery and language associated with magic, might know that “the number one magic wish for young girls age 11-17 is to be thinner.” Such a fashion campaign associated around children’s play figures, then, might have further negative repercussions for these young girls.

Young girls—Minnie Mouse’s traditional target demo—don’t need one more pop culture figure who is tall and thin and modeling expensive clothing. They have buttloads of those already; leave the mouse out of it! Or at the very least, draw a dress that fits her instead of re-drawing her to fit the dress. You don’t need to be Dr. George Huang to see how changing Minnie’s body to walk the runway might send the wrong message to kids. Besides, these characters are like Betty White: The older, the cuter!

Like Rainbow Brite, Strawberry Shortcake, and Dora the Explorer before them, Minnie and Daisy are getting dolled up and cut down by the media (same goes for Goofy and apparently Mickey as well). And along with their newly shrunken waistlines, these characters are also getting a heavy dose of fashion-forward sex appeal. Because God forbid they shake their little things on the catwalk without tiny waists, coquettish poses, and painted lids! Body image issues aside, isn’t it just straight up creepy that a bunch of dudes at Barney’s rewrote Minnie Mouse’s measurements in the first place?

Fat activist and blogger Ragen Chastain has launched a campaign protesting the thin Disney models at Change.org. She says:

Girls have enough pressure to be thin, now the beloved Disney mouse of their childhood has to add to the message that the only good body is a tall, size 0 body? Enough already. Let’s give girls a chance to celebrate the actual bodies they have instead hating them for not fitting into a Lanvin dress. Then maybe enough girls will get together and demand dresses that look good on their actual, non-digitally altered bodies and designers will just have to become talented enough to design a dress that looks good on them.

Exactly. Kids already struggle with body image and self acceptance—we don’t need to redraw cartoon animals to fit narrow industry standards and make it even harder. You can sign the Change.org petition here to let Barney’s know that you’d like to see Minnie and her pals pack on a few pounds and lose a few inches before this campaign launches next month.

I'm far from an expert on Disney characters, but what happened to Minnie's black arms, legs, and ears? Did Barneys feel the need to change her "skin" color in addition to her figure?

Her ears look dark brown to me, her legs are in tights, and her arms are in gloves. More a case of unfortunate implications than an actual ill-conceived decision that someone knowingly made, it seems.

the new Minnie doesn't even resemble the old - what is Disney thinking???? Disney is suppose to be cute and fun, not sexy! Seriously, girls have enough negative body image flying at them through the media, does Disney really want to add to this? I'm disgusted!

Disney isn't meant to be sexy??

What disney have YOU been watching all these years?

This whole thing is a trick and everyone is falling for it. those who aren't taken in by these images are getting outraged, thereby adding importance to a group of people who aren't important at all.

All i see here is Darwinism at work. Let the unwashed masses have their bottles, i say.

This was a really quality post.In theory I'd like to write like this too - taking time and real effort to make a good article...but what can I say... I procrastinate a lot and never seem to get something done.<a href="http://www.wtjohnson.com/">The Law Offices of WT Johnson - Dallas</a>

Then maybe enough girls will get together and demand dresses that look good on their actual, non-digitally altered bodies and designers will just have to become talented enough to design a dress that looks good on them.<a href="http://www.juicerx.com">weightlifting exercises</a>

To say the truth I am very impressed by what you told. You share tons of interesting info, neat and excellent design you’ve got here. It’s certainly one of the most informative stuff on this topic I’ve ever read.

Please let me know if you're looking for a article author for your weblog. You have some really great posts and I feel I would be a good asset. If you ever want to take some of the load off, I'd love to write some material for your blog in exchange for a link back to mine. Please shoot me an email if interested. Thank you! I am find information on this topic as I am working on a business project. How did you get to be this great? Its remarkable to see someone put so much passion into a subject 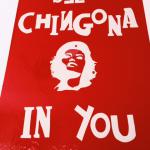 by Kari Mugo
The group based out of the Twin Cities is reclaiming space in the art scene for women of color.