This article was originally published in 2014. We're resharing it this week to mark the 26th anniversary of the Ecole Polytechnique murders.

Canada established December 6 as a National Day of Remembrance and Action on Violence Against Women. At an annual memorial in Vancouver, BC, each pair of shoes represents a woman who has been killed by violence.

On this week 25 years ago, a man hell-bent on killing as many women as possible strolled into the last day of classes at Montreal’s Ecole Polytechnique and murdered 14 people. Before lining up women in one class to shoot them, he shouted “You're all a of bunch of feminists! And I hate feminists!” He wrote in his suicide note how women enraged him and how he was “sending feminists…to their Maker.”

While it’s rare to see anti-women attitudes burst out in such a horrific way, writer Sean Michaels noted that the massacre was not just the wild acts of one man. “The École Polytechnique massacre was a horrific crime. It was also the brutal, explicit assertion of an ideology that is usually hidden,” wrote Michaels for CBC News. In a similar way, Montreal journalist Peggy Curran wrote this week about how the 25th anniversary of the massacre reminds us all that misogyny has violent consequences every day:

“In recent years, it has sometimes been fashionable for young women to dismiss feminism as unnecessary, as though everything they have came without a cost. Only when confronted with the Jian Ghomeshi scandal or the cathartic outpouring of the #BeenRapedNeverReported movement… are all of us reminded that the struggle for women’s rights, for respect, for equal pay and fair working conditions, is a daily battle.”

As we mark this gruesome anniversary on December 6, take some time to watch a documentary made 10 years after the shooting. The Fifth Estate’s film Legacy of Pain, streaming in full below, looks at the aftermath of the crime and how families of the 14 murdered women are dealing with their loss.

Relevant: After Kim Kardashian’s Robbery, Blaming the Victim—And Her Body 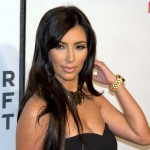 by Vrinda Jagota
After Kim Kardashian was robbed, some people are blaming her for the crime.