I wanted to love this viral video the moment I first saw it. I really did. I mean, what’s not to love? Little British girls all dolled up in pink and tiaras getting their groove on? Super cute. But then, I actually listened to the lyrics of the Nicki Minaj song they’re covering, “Super Bass”:

This one is for the boys with the booming system Top down, AC with the cooling system When he come up in the club, he be blazin’ up Got stacks on deck like he savin’ up And he ill, he real, he might got a deal He pop bottles and he got the right kind of bill He cold, he dope, he might sell coke He always in the air, but he never fly coach He a motherfucking trip, trip, sailor of the ship, ship When he make it drip, drip kiss him on the lip, lip That’s the kind of dude I was lookin’ for And yes you’ll get slapped if you’re lookin’ hoe …

Not so super cute, really. At least, as sung by an eight-year old. And maybe that makes me the old fart that’s raining on the fun parade to say that I think songs like these aren’t really meant for kids who aren’t even in junior high yet. (This is coming from the hypocritical mom who let her then three-year old belt out the lyrics to The Grateful Dead’s “Casey Jones.” Yeah.)

But here’s the thing—I get it. It’s not like there’s an overflow of amazing, kid-appropriate music out there in most genres. So the radio is played more often in the car than the insufferable Raffi CD (Nothing against Raffi, he’s good for a bit, but there’s only so much “Baby Beluga” one mama can take), or perhaps your iPod gets put on shuffle.

The problem is that while a lot of music (I’m thinking mostly of pop and hip hop here) that’s geared towards teens and adults also appeals to kids, it’s not actually appropriate for them. So what’s a mama (or papa) to do when they want to rock out, but not expose their kids to music and musicians they’re just not old enough for? Thankfully, besides the classics, there has been a lot of kickass kids music coming out lately. Perhaps a lot of musicians have become parents themselves and realized the lack of quality kids’ music? Regardless of the reason, there are now many options to choose from beyond “The Wheels on the Bus.”

They Might Be Giants: I’ve worn out cassette tapes of “Istanbul (Was Constantinople)” and “Particle Man” enough times to know how much these guys rock. They rule even more for creating kids’ music that is not only sweet and fun, but educational as well. They currently have a bunch of kids’ CDs out including No!, Here Comes the ABCs, Here Comes the 123s, and their latest, Here Comes Science. I’ll be honest and say that I totally learned more of the elements after hearing this song a bunch of times…yay science!

Lisa Loeb & Elizabeth Mitchell: Don’t tell me I was the only one who walked around her room, staring wistfully outside the window while pretending I was in my own music video of “Stay.” With Catch the Moon, Lisa Loeb partners with childrens’ musician Elizabeth Mitchell, infusing her own brand of ’90s soft-singing into classics like “Big Rock Candy Mountain.” Lisa Loeb also created a second, solo kids’ album, Camp Lisa, that totally gets you into the sing-songy spirit of summer without being too cheesy. It helps that she has friends like Jill Sobule, Maia Sharp, and Steve Martin playing/singing along.

Medeski, Martin & Wood: My husband enjoys the jazz-fusion sound of MMW, while I liken them to “noisy music.” Thankfully, we both found ourselves loving their album of kids’ music, Let’s Go Everywhere. Starting off with an extended cover of a Johnny Cash classic, this album is equal parts funky and fun, without sounding too contrived.

For The Kids: This CD is a compilation of songs by various artists. Some are brand new songs, and others are covers of well known classics, including Cake’s version of one of my son’s favorite’s “Mahna Mahna.” They’ve apparently come out with volumes 2 & 3, but we haven’t heard those yet.

Kimya Dawson: She may have won everyone’s heart as part of The Moldy Peaches, but she won this mama’s love when she came out with her kids’ album, Alphabutt. Her fun lyrics and short songs are perfect for kid’s sometimes-short attention spans, and the sweet guitar riffs have me coming back for more.

What are your kid-friendly favorites?

Previously: The Reality of Reality TV Parenting, Viral Videos—Top That!

Captain Bogg and Salty for the pirate loving child! Their albums are fantastic. And anything by Dan Zanes -- totally enjoyable for parents and kids. And Lunch Money, if you lean toward the twee side of things.

I get that you can totally have too much Raffi but the one of his albums I could listen to over and over is Ever Green Ever Blue - a collection of environmentally-themed songs.

And I'm really not helping here on the albums that aren't annoying after a while front but as kids we always listened to soundtracks to family movies and musicals we liked like Annie and The Sound of Music.

I never believed that the kid should listen to her own music. Hello - It's my car and I'm driving it, so we are going to listen to what *I* want to listen to. Thus, the kid loves her some Kings of Leon, Editors, James, Florence & The Machine and old-school Madness. I tried, once - I put on Radio Disney or something, but that was immediately met with a "Mama, what's this crap?"

Despite the lyrics, "Pumped Up Kicks" is a huge favorite in our house. I think, at 5, she's slightly too little to figure out the lyrics and wouldn't know what they meant anyway so I don't have any problem with her getting her groove on to that. The whole Foster The People CD is played in heavy rotation, and each song has a different set of dance moves. Katy Perry's "Firework" is another big hit, as well as "Born This Way" from Lady Gaga.

I know there will come a time when her tastes will break away from mine and I will be forced to endure whatever the Justin Bieber of the time is, but I hope that I get lucky and maybe, just maybe, raise a kid who is cooler than I am. I just pray [fervently] that it's not country music that strikes her fancy. I don't think I could bear it.

<P>I will agree 100% that the They Might Be Giants CDs/DVDs and super fun and creative and catchy. Major favs in our house. There are SO many more! Elizabeth Mitchell has a number of amazing CDs w/o Lisa Loeb that are excellent. Dan Zanes, Frances England, Charlie Hope, etc... I love the site www.zooglobble.com for kids music reviews and links to other amazing kids music sites. They cover just about any style and age level and really help parents zero in on stuff that is best for their taste.</P>

The Aquabats make amazing ska music that is also kid friendly. They are the creators of the show Yo Gabba Gabba, but their albums are great too. They have a song called Hey Homies that's about giving out hugs. MC Chris also made an album specifically for children called Marshmallow Playground.

Oh I love They Might Be Giants and Kimya Dawson! Some of her not-for-children music is fantastic too, it might just need to be edited for the occasional cuss. I Like Giants is a personal favourite.

<p>I love <em>Animal Crackers</em> by Wee Hairy Beasties, and the compilation disc <em>The Bottle Let Me Down</em>. Both are from Bloodshot Records, which means you can download sample mp3s from their website before you buy:</p>
<p>http://www.bloodshotrecords.com/album/animal-crackers</p>
<p>http://www.bloodshotrecords.com/album/bottle-let-me-down</p>
<p>Also, both albums are currently on sale. Bonus!</p>
<p>Putamayo Kids compilations are also great for lovers of folk and world music. My favorite so far is <em>New Orleans Playground</em>.</p>

Justin Roberts! I'm biased a bit because I loved his previous (non-kid's) band, Pimentos for Gus, but his kid's music is fantastic and does not annoy when played over and over.

My go-to CDs when my kids were little were Here come the ABCS, Schoolhouse Rock! Rocks, Saturday Morning Cartoons Greatest Hits and an all kids Ramones Tribute called Brats on the Beat.

I'm late to the game on this one, but Chris Ballew, the lead singer of the Presidents of the United States of America, has a kid-musician alter ego named Caspar Babypants. His stuff is totally fun & silly, and he is such a super nice guy--I work for a nonprofit & he loves us and performs at a bunch of our events & gives us lots of money. Plus, Pacific Northwest local! And lastly, he is married to Kate Endle, who is an incredible artist, and she does all his CD artwork.

Great video! They are lovely! - <a href="http://www.americanrecordablemedia.com/">Cray</a> 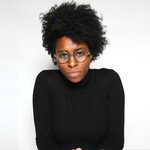