Ms. Opinionated: I Got a Backhanded “Body Positive” Compliment

An acquaintance invited me to her new house with a few other people. We were alone, talking about how we hadn’t seen each other in awhile, and she offered me this “compliment”: “Me and [mutual friend] were talking about you, you’re always so body positive!”

She said it in this way like, “It’s so nice to see you walking after the accident!”

I am a pretty thick, POC, genderqueer human who wears fly and sometimes revealing clothing. Basically I think what she meant is she and another white, skinny, cis friend were discussing my appearance in my absence and were surprised that I’m fat and “look good,” but they knew to say “body positive” because maybe they both took a women’s studies class one time.

When it happened, I was around several good friends who had heard the exchange and could have eloquently explained why her comment was rude and awkward. But I was so taken aback at the time that I just laughed. I didn’t make any waves and had a nice time.

Weeks later and it’s haunting me. I’m having dreams about calling this girl out! I feel so sore and self-conscious, but I think she’s smart and cool and should know better. On the other hand, I feel like it’s not my job to educate privileged people on how not to be jerks. I’m feeling hurt by this interaction and very unsure of how to socially proceed.

“Compliments” like those given by your acquaintance are just about the worst thing that can happen at a social occasion. You’re pretty certain you know what she meant, but in the absence of a third party to do a spit take, ask a follow-up question, or shout “What kind of bullshit relational aggression is that?!” you’re pretty much stuck. There’s not a thing wrong with how you handled the incident: You laughed, you didn’t let it ruin an otherwise nice evening, and it sounds like you didn’t so much as subtweet about it afterward. But you did let it get to you if you’re feeling “sore and self-conscious.” And that’s not okay.

It’s also not fair that, weeks later, your pal has likely already forgotten about the whole exchange while you’re still mulling it over. Especially because whatever she meant when she used the phrase “body positive” has everything to do with her and very little to do with you.

This next thing I’m going to say goes against every earnest worksheet on Unhelpful Thinking Patterns ever produced by the self-help community. But go ahead and do a little light mind reading here—it might clue you in to what prompted your acquaintance to use the phrase she used. Some translations for “You’re always so body positive!” might include:

The fact that you are comfortable in your skin (thick, POC, genderqueer) when I’m not comfortable in mine (normative, white, cisgender) seems unfair.

I wish I had more confidence.

I’m intimidated by you because you seem stronger than me.

Within two little words could easily be a lifetime’s worth of baggage. Hers, not yours.

There is, of course, also the possibility that she meant absolutely no harm whatsoever. I’m willing to entertain that thought. But I also think that if she just wanted to tell you that she and your other friend dig your style, there’s an easy way to say that. Namely: “We dig your style.”

So yeah, spend a minute or two inside her mind and recognize that you indeed may be a bold challenge to everything she’s been told to believe about beauty and confidence and where they come from. But after that?  Don’t spend one more minute stewing over her issues. We all have the fantasy of being able to process an un-compliment, parry back with the perfect takedown, drop the mic, and moonwalk out of the room, but that ship has sailed. What you can do is plan for fruitful future interactions with Miss Body Positive, ones that prioritize your self-image and worldview.

As you said, it’s not your responsibility to educate anyone on what they get wrong about language, identity, and more. But in situations where they haven’t bothered to educate themselves, you’re the one who ends up hurt by it. So it might be worth it to think about steps you can take within your social circle that are both enjoyable and proactive. Are you and your friends a literary or film-loving bunch? Maybe you can organize a reading group or monthly film salon on the subject of bodies, fashion, race, and transgression. Do you love a theme party? Maybe the time is ripe for a soiree with a very pointed invitation.

Or you could be a whole lot more direct, with a letter or email that lays it all out there. When you think about it, what you want to say is very simple, but what in person might be easy for the offender to gloss over (“Oh, I expressed myself poorly; I didn’t mean anything by it!”), can on paper/in an email be the indelible first step to your pal really thinking about your feelings.

If she’s a halfway decent person, she’ll be appropriately mortified and think much more carefully about what a real compliment sounds like. If she’s not, well, now you know for sure not to waste your time at her house parties. You already have friends who know what’s up—if this one isn’t interested in getting there with the rest of you, it’s one-hundred percent her loss.

Stay awesome, JF, and let me know how it goes.

She also could have just meant it as a compliment.

As someone who struggles with her self esteem, I truly admire people who love their bodies, because, let's face it, that is a bit of a minority. And given how damaging society can be to a woman's self image, even for "normal" (your words, not mine) women to have slaughtered self-image, it is truly admirable that someone who fits more of society's pre-conceived notions of "not normal" (as outlined by your traits for "normalcy") can manage to have confidence in themselves . I feel like just because of certain traits that Jung Fatty described themselves as, this article is already on the defensive and making the "white cis" girl the villain without even understanding her motivations. OR assuming she's a low-blowing, attention-deprived girl with self-esteem issues. Thereby criticizing her for poor self-esteem, which is a by-product of the society in which we all live. And based on Jung's ASSUMPTIONS about what their "friend" said, it is taken as back handed. Body-positivity is not just a plus-sized trait. People of all sizes have body and self-image issues. It is absolutely admirable that Jung can love the skin they're in. But unfortunately, not everyone has that opportunity. Instead of criticizing the person who complimented someone on their confidence, while simultaneously insulting their lack of it, maybe we should allow everyone to have a positive self-image of themselves.

The act of scrutinizing social interactions with the most analytical eye, i think is, some what, reminiscent of corseting. You squeeze yourself, your core, to project something of yourself, in front of other people. To say you are complying with some kind of on going way of appreciating the ability to socialize, a way of being recognized in a more than positive way.

No one has time for the wavering morality of the consciousness of someone who chooses to embody emptiness.

if their was any ambiguity of their ethical nature to begin with, at your determination of this ambiguity, then why bother with them at all? 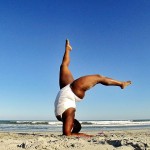