A typical day in the NYPD…

Castle is a guilty pleasure for me. I once watched four episodes of the show in a night because it’s well-written, witty, and fun—and has some “strong” female characters front and center—so I want to be able to say, just go and watch it right now, don’t even bother reading the rest of the post. Particularly after yesterday’s confirmation that Penny Johnson Jerald will be playing the new head of the 12th precinct in the next season of the show, which starts in September. Her presence will add another woman of color to the main cast, in a position of leadership no less.

But my inner feminist critic has some issues with the show.

It’s on the schlocky end of the detective genre. Castle is about a wealthy writer of bestselling detective fiction, Rick Castle, who gets himself seconded to the New York Police Department. He partners up with detective Kate Beckett, after her wounded depths inspire him to create a new character, “Nikki Heat.”

In the beginning, Castle is shocked by the experience of an actual crime scene, but with the fourth season about to start in September, the show has started to resemble the ludicrous set ups you might expect in one of Rick Castle’s bestsellers.

In one episode, a woman was found stuffed into her own safe. In “A Slice of Death,” the victim is found stuffed into a pizza oven. Then there is the magician found dead in a water tank. And this is where the problems start: obviously it’s “just” a TV show, but at the same time when your story turns on scenes like a woman who has been killed and stuffed into a laundry dryer, it’s creepy if you think about it too much.

Like most mainstream TV, it makes the occasional problematic misstep, such as a season one episode, “Ghosts,” which uses a trans woman character as a gag-line about how “weird” a motel is.

The intention of the show isn’t to focus on the crime, so much as the soap opera in the incident room. It’s somewhere between a buddy cop comedy and a romance between Beckett and Castle, that just happens to be set in the NYPD. So we get lots of the standard “will they/won’t they” tension building up, which is really the main arc of the show.

The show is named after Rick Castle, and the character is played by geek-bait Nathan Fillion, but detective Kate Beckett is as central a character, if not the protagonist. And, unlike many shows, they’re surrounded by a reasonable number of (semi)realistic female supporting characters.

All the characters in Castle seem to start off from a standard archetype, only to be enjoyably  filled in later as the writers and actors breathe a bit of life into these boilerplates. The men are no exception to this, by the way: Rick Castle comes from the “rich playboy” character type and almost each episode involves walk-on roles for conventionally sexy women for him to flirt with (one of the first shots in the first episode involves Castle signing the breast of an eager fan).

I’ve already mentioned Beckett’s rescue-me dark past, but her unhealthy obsession with her mother’s murder isn’t the only thing that’s a bit hackneyed. As Erin Gibson pointed out in this episode of Modern Lady, the character is cut from familiar cloth (sexist language warning: Gibson also uses the term slut and not in a reclaimed way).

But much of Beckett’s character seems to have been determined by the need to sustain the tension of Beckett and Castle’s relationship: her boyfriend exists to provide a reason the two leads can’t be together. Even her tragic back story appears to exist just to lob impediments in the way of Beckett finally getting into a relationship… with Castle.

The show is ultimately rescued because the writers get self-aware: Beckett’s character is always set up against Nikki Heat, an even more exaggerated version of herself as Castle fantasizes about her. Beckett gets improbable scenes where she dresses up sexy as part of the investigation; Nikki Heat—well, just consider the name and extrapolate from there. By contrast, we see Beckett rolling her eyes at the ludicrousness of the Heat fantasy, and most convincingly wielding some relatively deadpan humor. Then we have medical examiner Lanie Parish (Tamala Jones). She might veer perilously close to the Black Best Friend archetype, as some of these clips show (by the way, do we really need to have another “trying on dresses” scene to establish two adult women’s friendship?) but Jones actually took the role partly because it wasn’t written for a black actor. In an interview with Movie Mikes, say said:

I was definitely looking for a change in the type of roles I was taking and my manager and agent agreed with me. We decided I should start stepping outside of the box and start auditioning for characters that maybe aren’t necessarily African American written. We met with the casting director of Castle and they agreed for me to come and audition for Lanie. I was literally was the only African American actress there.

The Lanie character gets some of the funniest lines in the show. She is given a bit more depth, as we at least get the clear indication that she’s got other things on her mind beyond the morgue and Beckett’s love life.

While Beckett is obsessively pursuing who dunnits, Parish turns up at crime scenes dressed to the nines on a regular basis, her prior plans interrupted. In a show where every other female character is defined primarily in relation to the male lead (partner, love interest, ex-wives and girlfriends, mother, daughter), this is a welcome break.

Castle also has a bohemian retired actor mother, played by Susan Sullivan, who we get to see actually having a sex life. Again, this could be played a bit too close to stereotype of the artsy older thespain, desperate to recapture her youth. And, yeah, the show goes there, but again manages to produce a character that transcends the raw material. Castle’s daughter, Alexis, evolves from an exaggerated good girl type in a similar fashion.

Some of the shows I’m talking about in this series take things seriously; and because violence is a feminist issue, and the way the police and state institutions operate have feminist and social justice implications, I tend to prefer it when shows opt for a serious treatment. But, given that Castle is purposefully striding away from that territory, we can enjoy a silly, fun mainstream show that gives us a bunch of well-written, entertaining, funny female characters. Can’t we?

Yes, I have to admit that I love Castle, and have since it originally premiered. I started watching it, like most geeks, because of Nathan Fillion (who was briefly on Buffy in Season 7 and also in Firefly), and continued watching it for the witty dialogue and the never-ending supply of delightful intertextuality.

You mentioned one thing that really annoys me as well, and that is her occasional abuse of her sexuality for police purposes. I keep getting Hunter flashbacks. Grrr. The other thing that REALLY grates is her stiletto heels. I personally hate stilettos, and refuse to wear them, but really, in a cop show? Where she is running down the streets of New York after perps?? It is a broken ankle waiting to happen. As an interesting note, ABC, the station that airs this program in America, has nearly ALL of their women (in ALL of their shows) wear stilettos.

Despite the irritations I have with the program however, I watch faithfully every week, because the show consistently manages to rise above those irritations, and as you point out, has a lot of great things to recommend it.

Those annoyed me so much in the beginning - until they had Becket's training officer show up and remark that Kate always insisted on heels, although he warned against them, because they make her even taller when dealing with criminals. So, as they do so frequently, the writers are aware and deal with the issue. I also like that we actually do see her running in them, not like some other shows, where you can sometimes catch glimpses of the flat shoes during action sequences... :)

This is brilliant, I hate myself for loving Castle but I just can't stop watching it. Luckily the 'jumping the shark' moments haven't drifted into the ridiculous territory of CSI yet.

I will add however that in the most recent series (hate myself) Lanie is dating officer Espisito and more of her screen time is with him-- does that undermine her not being defined by her love interests?

Love this series!! I always thought being a detective show nerd was something to be ashamed of, now I know we all share the same secret.

Castle did stick a dead man in a refrigerator once. That was a nice change to have men in refrigerators.

I think the thing to remember with Castle is that everything is over the top. The characters, the plots, some of the situations they get into, some of the way the bodies are found, basically everything.

Love me some witty banter, and Castle does it right. Agree on all points above, but would like to also point out that while Becket gets to wear sexy clothes in quite a few episodes she often dresses (bar the constant heels) quite conservatively -- lots of loose turtlenecks and sack-like shirts.

I think the character of Rick deserves some props for being successful and suave AND having meaningful relationships with men + women. He never balks when Kate saves his ass, he makes important sacrifices for the people he loves, thinks outside the box, and he really listens to the women in his life. When Castle is shaken by the sight of Kate in a bathing suit, the narrative supports the fact that he is not objectifying her, but appreciating her -- it's always clear that Nikki Heat is a fantasy (see episode where Laura Prepon as Nikki Heat gets on Rick's nerves -- fantasy has its place, but real women are much more interesting).

When you get down to it, there aren't a lot of male characters on TV who can boast these traits. That's the main reason I still love this show even though the plots are sometimes mind-numbingly ridiculous. Of course, also love the "Firefly" references -- waiting for a "Dr. Horrible" ref anytime soon -- I'm sure the writers could work a hammer and a penis into an episode ;-)

I have been exploring for a little for any high quality articles or blog posts on this kind of area . Exploring in Yahoo I at last stumbled upon this site. Reading this information So i’m happy to convey that I’ve a very good uncanny feeling I discovered exactly what I needed. I most certainly will make sure to don’t forget this web site and give it a look on a constant basis. 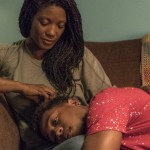