Murder, She Blogged: Closing the Case

Well, it’s been a great eight weeks guest blogging here at Bitch about detectives and police work, but unfortunately it’s time to close the case.

We’ve sought out the first female detectives, and their ocelots. We’ve loved up spinster detectives, and called out some of the tropes and over-worn archetypes of detective characters. I’ve talked up some of my personal favorites, without, I hope, forgetting to cast a critical eye on their faults. And I’ve waxed on about some of the reasons I think the the genre fails, for the most part, to live up its potential to address social justice issues.

Incredibly there’s still loads I didn’t quite get around to investigating - posts about shows that never made it out of my drafts folder include CSI, The Shield, Wallender, and Damo, the Undercover Lady Detective:

All that remains now is to say thanks for having me and for engaging in discussions of these issues in comments…! If you like what you’ve read, I also post more or less voluminously over at The F-Word, my home patch.

I really enjoyed your series, Jess! Thanks so much.

I have really enjoyed your posts! Thank you for the info and the entertainment. I wish there could be more...hopefully, you'll start off next week with.."Oh, just one more thing.." :-)

If anyone feels inspired to blog about women crime fiction authors (you need ideas for your blog, don't you?) I issued a challenge a short while ago with the tight deadline of "whenever." My kind of deadline. There are three levels, but the idea is to celebrate women writing in the genre. The occasion is the 25th anniversary of Sisters in Crime being celebrated this year. For more see

Hope some of you will play along! I'll eventually post as complete a list as I can of the authors mentioned by those taking the challenge. (It will help if you tag your posts or tweets SinC25.) 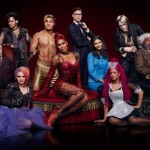