Music Matters: The Inevitable Rise and Liberation of... | Bitch Media

Music Matters: The Inevitable Rise and Liberation of...

I am fighting the temptation to write about Robyn yet again (damn!). I came across this video yesterday, after seeing her play on Wednesday night, of Robyn and Jenny Wilson covering Saul Williams’ “List of Demands.” While it’s an amazing cover, keeping all of its edge while coating its urgency in sugar-sweetness, raising questions of solidarity and appropriation from two Swedish white girls singing a song subtitled (Reparations), it left me longing for the original as well.

(With student protests rocking London this week, is there a more appropriate song?)

I sat down in the bar last night and while talking politics and organizing and the white-middle-class-ization of the Left, Williams’ “No One Ever Does” came on in the background. Clearly, the universe is trying to tell me something.

I discovered Saul Williams on the Plea for Peace tour back in 2003 or 2004. I was living in Denver, and something the poet/singer/songwriter/rockstar said has stuck with me ever since. I’d be paraphrasing, but in this interview he said essentially the same thing:

…there is a major cleanse going on within the psyche and spirits of humanity and our world leaders are simply the toxins coming to the surface. But they know their time is up. Some of them will willingly surrender: allow stocks to go public, provide health care for their work force, release their last album and publicise it as such, while others will fight to the (or rather “their”) finish.

Looking out on the political landscape, I hope he’s right. I hope that the rage and fear rippling through the (mostly) older, whiter parts of the population in the U.S. is the last gasp of dying beliefs. But those beliefs are hard to kill.

Williams, though, is the soundtrack for an entirely different future. He’s not of hip hop or of rock ‘n’ roll, entirely, he’s not an actor or performer or celebrity but an artist, a creator. His “Telegram” to hip hop is a fierce statement of purpose, an audacious declaration of intent—This ain’t hip hop no more, son, it’s bigger than that—as well as a loving pointed critique—This system ain’t for us It’s for rich people/And you ain’t rich, dawg, you just got money.

The tension, the awareness of all that’s wrong and all that could be right, runs through all of his work, down to the collaboration with Janelle Monae on “Dance or Die.” His is a future that has no borders or boundaries, no restrictions on what a “black” artist should do, no fear of reprisals from arbitrary authority.

The Inevitable Rise and Liberation of Niggy Tardust, his 2007 record, was originally released for free on the Internet with the option for a higher-quality version for $5 (and later, a physical record with art and extended versions)—folding David Bowie references and a U2 cover (“Sunday Bloody Sunday,” reclaimed in his voice for other Bloody Sundays) into new (at the time) models for making and distributing music and art.

And the MUSIC. It’s vital to the point that everything around it seems flimsy, phony. For a while, the alphabetical setup on my iTunes went from “List of Demands” into She & Him’s “Sentimental Heart” and forever killed that song for me. The saccharine was beyond cloying after something harsh yet pure, cleansing.

So I hope Williams is right about the world going through a cleanse. Something is rippling and shifting, certainly, and the world of the next few decades will be different from the one we grew up in. 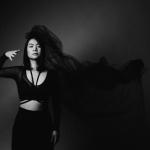