Music Matters: There's More Than One Way Of Knowing

I still haven’t read Sara Marcus’s book on Riot Grrl, Girls to the Front, but I did bring two friends down to a reading in NYC last night that featured Marcus, poet Rachel Eliza Griffiths, and Rob Sheffield.

Marcus gave the most rock’n’roll reading I’ve ever heard for what’s essentially a history book, though a vibrant, living history book built on having lived through that moment and spent years considering, rolling around in what it might mean. She straddled the mic, propped a foot on a monitor, and sang Kathleen Hanna’s lyrics in a voice built for punk bands.

[Sara Marcus reads from Girls to the Front. I am not the Sara Jaffe she mentions in this video. I swear.]

(I also quite enjoyed Rob Sheffield, who made me giggle at his mockery of “Steven Patrick” Morrissey, allowing me to feel superior as usual to the gaggle of Morrissey fans that have peopled my goth-indie music-loving years. I even went on a date once with a Morrissey look-alike only to tease him about it. True story. Sheffield’s acknowledgment of idolatry from a safe, critical, humorous yet still kind distance was an interesting counterpoint to my thoughts on Riot Grrl, but I am completely digressing.)

Marcus’s performance made me long for just a minute to have been old enough to be in punk clubs when Riot Grrl hit. I was twelve. Just old enough to pick up a few years later on what Courtney Love was doing (cobbling together shards of Riot Grrl with pieces of Kim Gordon and her own Courtney Love sensibility) and to love it and need it. Riot Grrl would’ve blown my mind but I missed it.

A few of my friends my age caught the tail end of it and it sent them into zines and radical politics, one of them into music journalism and the other to work in women’s health clinics and go to nursing school. Me? I wound up finding radical politics in different ways, but I recognized myself in Riot Grrl when I finally caught up with it.

So I recognized myself in Marcus’s words last night even if I wasn’t really there. And it made me long for a riot of my own, as Joe Strummer sang.

Tobi Vail wrote her own review of Marcus’s book (which I have to imagine has to be the most intimidating idea when writing living history, that the people who lived it can read you and react to you) which was mostly kind, but ended with some thoughts on nostalgia that are worth repeating.

“By the way, I still think that the emphasis needs to be on “now” and “revolution” rather than on “grrl” or “style”, but if you disagree, please let me know why! But if you are a Riot Grrl then own it! Don’t get all caught up in early 90’s retro crap. Start a fucking riot!!!!”

My critiques of the U.S. Left in general these days are mostly based around what seems like terminal ’60s nostalgia, and feminism is no exception. Although of course we get the periodic generation-gap crap, this iteration brought to us by Susan Faludi.

Sitting in a restaurant with my friends after the reading, we poked at the idea of nostalgia and Riot Grrl, zine culture vs. blog culture. Because Riot Grrl might have been different if there had been the Internet the way we currently have it. Because when I go to zine festivals these days I see a lot of zines that are simply reproducing a certain aesthetic as well as ethos from the Riot Grrl age, and I wonder what we’re trying to capture.

When we go from trying something new to trying to hold on to something old, we turn our radical movements into conservative ones. We’re not starting a riot anymore.

There’s always going to be power in getting behind a microphone, whether you are reading poetry or a book or just yelling and making people listen to you. There’s a reason that most of the radical movements of the last forty years or so have a musical component. That won’t change.

But the music doesn’t have to have the same components. And when you make a zine you’re stuck with the reach of your paper and the cost of mailing–which doesn’t mean the paper artifact isn’t worth making, it just means you should think about why you chose paper rather than the Internet, which is fast and free and can rocket round the world with one click.

We need to know our history, for sure, and I plan on reading Marcus’s book as soon as I get my hands on a copy (she sold out of copies last night, which makes me happy for lots of reasons). But we need to know that our idols were human too, that a moment passes, that we can create our own moments.

Maybe Sheffield coming after Marcus, even though chronologically the order should’ve been flipped, was appropriate in that Morrissey was largely music for sad apolitical teenage boys (and there’s even an essay in that somewhere about vegetarianism and personal politics, but that’s an even bigger digression than above). But Morrissey fans grow up eventually and understand that while they can still love the music, he’s not and never was a hero.

And Tobi Vail and the rest of the Riot Grrls made a scene around not being heroes, around inviting the “Girls to the Front,” and trying to get them to start their own revolution. It was a magic time, yes, but Tobi’s right: we need our revolution now, no matter what the style.

You should check out Tobi Vail's jigsaw blog, there are a lot of good comments there.

Bitch contributor Ellen Papazian did a great interview with Sara Marcus that is going to be on our next podcast (<a href="http://www.itunes.com/podcast?id=330195674">subscribe on iTunes</a> to hear it when it comes out!). Marcus talks about the internet and zines, and definitely touches on how there was not just one version of Riot Grrl, her book included.

I have found the whole debacle re: Susan Faludi's recent Harper's piece in the feminist blogosphere oddly puzzling. In the interest of disclosures: 1) I once received a <i>Bitch</i> fundraising letter with an enclosure signed by her some years ago, and 2) She was previously interviewed for the magazine (Issue 38). Because I have not read the Harper's piece yet (At this time it is available only to subscribers), I deem it unwise to comment further.

However, it seems to me that all this debacle and debate over her negative thoughts on younger feminists reeks of puzzling hypocrisy and an unfortunately journalistic LOW for Faludi. One would think that she could have turned to this very magazine she supports (or once supported) for thoughts of expression by the many young feminists that have written for <i>Bitch</i> and be impressed. Apparently, from what I know about the article, she chose only to base her argument by attending a NOW conference. As a fan of her previous books <i>Backlash</i>, <i>Stiffed</i>, and <i>The Terror Dream</i>, I am already very disappointed, and will not consider buying any future works of hers.

I have not been a small child for a very long time, so I remember vividly why Riot Grrrl was a hit: Kathleen Hanna recycled moves from her career in the sex industry, and (male) rock critics flocked to her shows. Then they sold Riot Grrrl to the teenyboppers, who dutifully took to the stage. Men love all-girl party bands, because (they presume) the straight girls in the audience are all dressed up with no place to go. 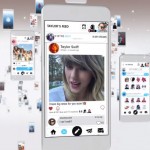