Being queer at a private Christian school, I thought I’d heard homosexuality compared to just about everything. But I was caught off guard by the recent remarks of Dr. Erik Thoennes, a professor at my alma mater, Southern California’s Biola University. At a panel discussion nominally on homosexuality—a discussion that conveniently didn’t feature even one LGBTQ-affirming speaker—Dr. Thoennes likened homosexuality to racism.

I’ll just let that sink in.

A teacher, in front of students, said he thinks queer students on campus—many of whom are queer people of color—are analogous to racists. Just in case the audience didn’t get the picture, he asked them to imagine if the school’s LGBTQ group, the Biola Queer Underground, were a “Racist Underground.” He then proceeded to read from their mission statement, substituting the word “racist” for “queer.” To the tape!

As far as I can make out, the logic is: all LGBTQ peeps care about is The Gay Sex. The Gay Sex is obviously a sin—every Christian ever agrees with that. Christians have clearly always thought racism was bad. Therefore being queer is like being racist.

“What I don’t want us to do in the midst of being kind and loving is to lack the biblical backbone, because our culture with condemn us as bigots, to stand up for something that has consistently been a line drawn in the sand about what Christians will tolerate and what we won’t,” said Thoennes, on the panel.

A student spoke up to ask, “Why is there no Christian pro-gay party represented on this panel?”

There’s a pause and Thoennes replied, “Because we think it’s a sin. We wouldn’t want a pro-racist person sitting on this panel if the question were about racism.”

As if white, straight, cisgendered Christians have played no role in the dissemination of violence based upon gender, sexuality, or race. As if racists weren’t people who socially benefit off the exploitation of others based upon racial privilege. As if queer youth on Christian campuses didn’t have astronomically high suicide rates, economical hardship, or the threat of homelessness based upon discrimination.

If this were just some bigoted preacher screaming at his congregation it would be one thing, but having gone through five years at this school—having felt the bullying, the tightness of the closet—it pisses me off. Coming out as genderqueer was a slow and very cautious process. This is a school where a teacher once publicly called me a “queer” (not in a good way) for wearing a scarf. Dressing how I wanted, using the bathrooms I felt most safe in, or holding hands with whomever I wanted was not only anxiety-inducing, but put me at risk of expulsion. I told very few friends and lost the majority I did tell. The fear and alienation drove me to therapy, medication, and self-harm.

After much community-building and open communication, I’ve discovered I am far from alone in my experience—this is just what it’s like to be queer on many Christian campuses. Not only is there a Queer Underground on Biola’s campus, but LGBTQ groupshave grown at Bob Jones, Westmont, Wheaton, and a growing number of Roman Catholic schools. To see our experiences paraded as a colossal joke, bullied publically, and to be glibly compared to racism by the very people perpetuating our oppression is disheartening to say the least.

Dr. Thoennes isn’t just some clown on our campus either: he is a darling faculty member of many students and administration. Hell, he was professor of the year. Twice. So the point isn’t some straight white guy is racist and heterosexist, but that Biola University as a whole is in need of serious change.

That’s why I started a petition asking Biola and Dr. Thoennes to apologize and commit themselves to including LGBTQ-affirming speakers on campus. Regardless of how you reconcile Christianity and queerness, it’s clear from the growing number of inclusive churches many do. As a school that accepts students’ money, queer or not, from inclusive denominations, it only makes sense those denominational viewpoints should be allowed a voice on campus.

So I’m really just asking for a little diversity. While I was a student I had the pleasure of hearing Scientologist and Mormon lecturers; Biola even hosted a debate with the late Christopher Hitchens. The administration is, simply put, being hypocritical. They are afraid of open and clear dialogue with us—as if a little queer representation will turn the school into the RuPaul’s Workroom of Christian campuses.

The school so far hasn’t responded to our petition outside of one assistant e-mailing me back. That professor let me know that I probably just misunderstood Dr. Thoennes’ comments, that he never “likened homosexuality to racism,” but was simply “making an analogy.” Last I checked making an analogy implies the terms are, you know, analogous. It was a far cry from an apology let alone a commitment to change.

The climate LGBTQ Biolans currently live in is unacceptable. It is one of silence and bullying, economical hardship, and psychological—and often physical—trauma. To in any way compare that social state to that of racists—people who socially benefit off the exploitation of others based upon racial privilege—is extreme, distorting, hurtful, and contributes to the hostile environment LGBTQ Biolans exist in. Not only that, but to do so misconstrues and misrepresents racism, which is, well, racist.

Please show your support and sign the petition here. 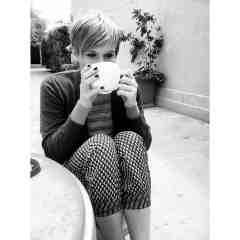 Wow. This is horrible. Also, if this professor goes around making fallacious (in addition to the obviously awful, homophobic, and racially insensitive, which I don't at all mean to diminish) arguments like, "If I replace this word, with this other completely unrelated word, it makes it kind of an awful thing," he should not be teaching. I mean, if we replaced Christian with Fascist, Biola University all of a sudden sounds like a very evil institution.

During the years I attended Biola, I was blind to the struggles of my LGBT friends. Even one of my closest friends was figuring out who she was (and who she was attracted to) and I was systematically calling her out on what I thought were Christian sin deal-breakers. I'm sorry to have been so insensitive of her and other's journey and needs. I can't imagine the difficult climate that Biola is for so many students right now, but I pray that their persistence in seeking wisdom and understanding and acceptance (not just tolerance) from the leaders at Biola will pay off eventually. I have a feeling this prayer is going to be on my lips for a long time, and I'm sorry I wasn't praying it sooner!

Hi Portland Biolan. I appreciate your acknowledgement of your previous insensitivity. And, you are in good company., We all have our journey. Even though I'm a lesbian (and Biola alum) - during the time when I was trying to eradicate my own homosexuality, I became part of ministry during my undergrad at Moody Bible Institute that went into gay bars and witnessed to the LGBTQ community there. I only hope that God will forgive me for contributing to other's pain by perpetuating the idea that God somehow only accepts them if they are hetero or celibate.All of this while I was in the process of trying to reconcile my own faith and sexuality. So, welcome, my friend. If you haven't already, we have a Facebook page called Biola LGBTQ Alumni and Allies - its an open facebook page. Please feel free to join us!